What’s more fun than us giving you a chance to mock us every single week? In our new feature, Blowin’ Smoke presented by Weston Tobacco, we will do that each and every Thursday. Gabe DeArmond and Mitchell Forde will make five predictions almost sure to go wrong every week in […]

What’s more fun than us giving you a chance to mock us every single week? In our new feature, Blowin’ Smoke presented by Weston Tobacco, we will do that each and every Thursday. Gabe DeArmond and Mitchell Forde will make five predictions almost sure to go wrong every week in this space. These will range from big games to big picture predictions with a bit of the comedic and absurd mixed in most weeks as well.

Weston Tobacco is an iconic family owned shop located in Weston, Missouri just 30 miles outside of Kansas City. Head on in to see Corey or Zeb hand roll a Weston blend today. They’d love to give you a tour of their massive humidor and host you at the full bar. Make sure to ask about their Aficionado Club Membership. They even have poker nights every Wednesday and Sunday! What are you waiting for? Visit Weston Tobacco online and PowerMizzou.com subscribers can enjoy 10% off at the register by telling the clerk where you heard about the shop.

1) If you had to reset the over/under for Mizzou wins today, what’s the number?

Mitchell: I think I would put it at 5.5. Which is pretty remarkable, because coming into this season I probably would have set it at 3.5 and taken the under. But looking ahead, I feel like there’s only one game they should definitely lose (at Georgia). Now, there’s also only one game they should definitely win (Vanderbilt), but as of today, I think they’re favored to beat South Carolina and Mississippi State, and probably Arkansas since it’s at home, although it would be close. I’d pick 5-5 as the record right now, but see 6-4 as more likely than 4-6.

Gabe: I’d set it at 4.5. There’s one definite win and two probable losses. I don’t see them sweeping South Carolina, Mississippi State and Arkansas. 2-1 in those games gets you five, 1-2 gets you four. So I put the number right in the middle.

2) SEC picks of the week

Gabe: LSU (-3) at Auburn: LSU might have figured a few things out last week. Auburn plays only close games and I think it will eventually burn them. Give me Coach O.

Ole Miss (-18) at Vanderbilt: Vanderbilt is poor. Ole Miss wins by a point for every thousand dollars Lane Kiffin donated to the SEC this week.

Arkansas (+11) at Texas A&M: I think this is the week we see an Arkansas team that was closer to what we expected coming into the season.

Georgia (-13) at Kentucky: The question coming into last week was can Kentucky beat you if you don’t hand them the football? They can’t. If UGA hangs on to the ball they win big.

Mitchell: LSU (-3) at Auburn: Don’t feel super comfortable picking either team right now, but give me LSU since Auburn could legitimately be 1-4 right now if it hadn’t gotten a couple gifts from the officials.

Mississippi State (+30.5) at Alabama: Speaking of a lot of points, oof. I think I’m actually taking Mississippi State in the hopes that Alabama pulls it starters in the third quarter like it did against Mizzou and only wins like 42-14.

Georgia (-13) at Kentucky: After what we saw from Kentucky last week, no way am I picking them here, especially with Georgia coming off a bye. Dawgs roll. I don’t think Kentucky scores more than three points.

3) Non-SEC picks of the week

Mitchell: Michigan State (+25) at Michigan: I could see this line being a bit of an overreaction to each team’s season-opening result, and I would typically like to go the opposite of that, but I have a personal principle to never pick a team that’s lost to Rutgers in football.

Kansas State (+3.5) at West Virginia: I haven’t watched a single second of West Virginia football this season and really don’t know anything about that team, so I’ll take Kansas State thinking Klieman is a good enough coach to at least keep the game within a field goal, if not win.

Texas (+3.5) at Oklahoma State: This game should certainly mean more to Oklahoma State, but I’m still not sure they’re for real, and I like getting 3.5 for Texas, so give me the Longhorns to lose on a late field goal.

Ohio State (-13) at Penn State: Does Penn State fight back or give in? Buckeyes have to make a lot of statements every week. They make one here.

4) NFL picks of the week

San Francisco (+3) at Seattle: I like the Seahawks to bounce back and win this one by a touchdown or so.

LA Chargers (-3) at Denver: I think the Broncos D could slow down the Herbert hype train a bit, but I don’t trust the Broncos offense to do anything with it. Chargers.

Pittsburgh (+4) at Baltimore: Ravens. The Steelers are a good team, but they’re due to lose one, and I love getting four points to play with.

San Francisco (+3) at Seattle: Seahawks are going to be angry. They win big.

LA Chargers (-3) at Denver: Justin Herbert has been far better than I expected. He’s the difference.

5) Give me your four college football playoff teams

Gabe: We’ll assume Clemson, Bama and Ohio State make it. That seems likely. The fourth will come down to a second SEC team, a second ACC team, an unbeaten Big 12 team or a Group of Five team. At this point, here are the teams alive: Texas A&M, Florida, Georgia, Notre Dame, Oklahoma State, Cincinnati, BYU. It’s got to come out of that pool. Oddly, Texas A&M might have the best shot because it won’t have to beat Alabama. Notre Dame would have to beat Clemson at least once. If there’s a year for a Group of Five team to get in, this might be it. But I have a hard time seeing that happening. I just realized I didn’t actually pick a fourth team. I actually think we might see a two-loss team in against three unbeatens.

Mitchell: The first two are easy: Clemson and Alabama. The third is pretty easy, Ohio State, with the biggest obstacle being not the Buckeyes’ schedule but the Big Ten’s ability to play enough games to make this season count. Assuming Ohio State at least beats Michigan and wins the Big Ten, though, I think it’s in even if it only plays like seven games. If I had to pick right now, I’m taking Georgia for the fourth team. I actually think the Bulldogs have a much better shot to beat Alabama if they play again now that Jaylen Waddle won’t be on the field. He’s that good. And even if Georgia doesn’t win that game, I’m not sure you find a more compelling team for the fourth spot. If Oklahoma State wins the Big 12 while losing one game or fewer, sure, they’re in, but I don’t see that happening. Maybe you could make the case for a one-loss Pac-12 champion, but they would have to look very good in the wins since there would only be seven of them. (I don’t think any team in that league is good enough to go undefeated.) The really interesting thing for me would be deciding between a two-loss Georgia and undefeated Cincinnati or BYU. I say go ahead and give the little guys a shot, especially if it’s Cincinnati. BYU’s schedule is pretty atrocious. But of all the years to put a Group of Five team into the Playoff, I think this is the one, and no one would really want to see Georgia play Alabama (who I would assume would be the one-seed if they go undefeated and beat Georgia twice) for the third time this season and second game in a row.

Thu Oct 29 , 2020
Just because a product has a pink ribbon on it, that doesn’t always mean your money is going toward breast cancer research, according to the BBB. LOUISVILLE, Ky. — October is Breast Cancer Awareness Month and if you’re looking to donate to a charity before the month ends, you need […] 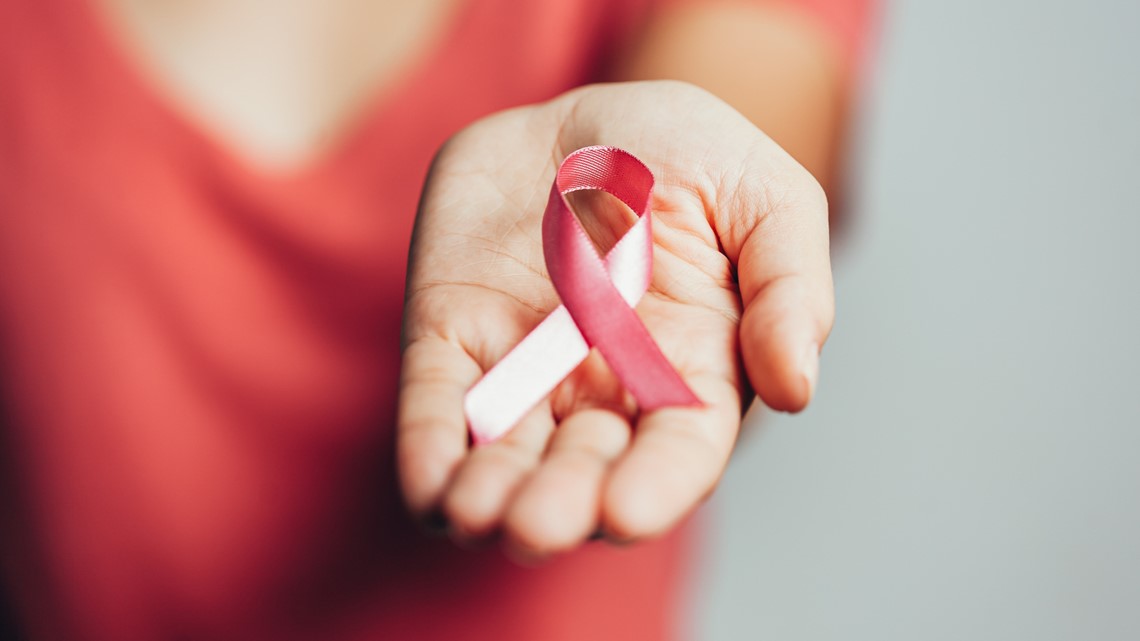