On June 4, Lina Washington and Kimberly Prince had an idea: The plywood boards covering Sacramento storefronts due to recent protests over the death of George Floyd at the hands of Minneapolis police officers would make perfect canvases for art. Prince, who owns the Nekter Juice Bar in Midtown, posted […]

On June 4, Lina Washington and Kimberly Prince had an idea: The plywood boards covering Sacramento storefronts due to recent protests over the death of George Floyd at the hands of Minneapolis police officers would make perfect canvases for art.

Prince, who owns the Nekter Juice Bar in Midtown, posted on her Instagram story that she wanted the protective board on her store painted. Washington, a sports reporter with ABC10 news in Sacramento, shared the post and tagged people she thought would be interested. Washington and Prince recruited their friend, artist Shannan O’Rourke, and the three women named their initiative Boards for Change.

Within 24 hours, the idea spread rapidly. Other businesses wanted art, too, and artists began to call offering to volunteer their time to beautify the boards with images including hearts, protesters and messages in support of the Black Lives Matter movement.

While still sitting in her bed on a Saturday morning, Washington created a GoFundMe page with a goal of $2,000. The goal was to help create art on boarded-up businesses around town. The idea took off faster than she anticipated. By 6 p.m. Saturday, the GoFundMe had passed $2,000. Washington raised the goal to $5,000 and then $10,000, and exceeded both in a week. As of Friday, June 19, the Boards for Change GoFundMe received $12,435 in donations. The money will be donated to Black youth organizations in Sacramento.

Artists began calling Washington asking to help with the project, wanting to contribute to the dual causes of raising money for vulnerable youth and giving a platform to Sacramento artists, especially artists of color.

Noelle Tavares responded to Washington’s search for artists of color. The board she painted reads, “We are the people that made the culture … you’re welcome.”

“I wanted to do a piece that represented what’s going on in the times right now and the influence that we have on the culture of the whole United States of America with music, with fashion and style, with sports entertainment,” Tavares said. She added that she had the freedom to paint whatever she wanted on her board.

“My piece is just representing the culture and hopefully showing some respect to Black people,” Tavares said.

David Garibaldi, a nationally known, Sacramento-based “performance painter,” was all in when Washington, Prince and O’Rourke asked whether he would contribute a painting.

“This is everything that I believe in,” Garibaldi said. “And I thought it’s so creative to repurpose these boards for change, literally.”

Garibaldi’s painting depicts a Black person wearing a face mask and covered by flowers. He used a technique called wheatpasting to allow him to duplicate the image and display it in multiple spots around the city.

“The message, we will grow, has multiple meanings. Mostly, as much as we’ve been buried in these hard times, ‘they forgot we were seeds’ and we will grow,” Garibaldi wrote on Instagram.

Artists who’ve contributed to Boards for Change have worked for free.

“These people didn’t need incentive to spring into action,” Washington said. “They wanted to do something for their community. They wanted to support and beautify Sacramento.”

“It’s a creative way to repurpose what was really a negative situation and also the look of boards on businesses. It kind of brings you down,” said Garibaldi. “Boards for Change breathes life back into our city.”

As plywood coverings come off Sacramento businesses, the Boards of Change founders plan to auction off the art pieces to generate more money for youth organizations. They are also considering expanding the program in light of the surprisingly enthusiastic response.

“We’re discussing how to take this further,” Washington said. “It’s not just about boarded-up businesses. It’s about providing people an outlet to create and to express themselves.”

Tavares hopes Boards for Change will bring attention to talented artists whose work Sacramento may not have seen before.

“Boards for Change has given those artists the highlight that I feel like they deserve,” she said. “You might not have seen their work before, but then you’re like, ‘Oh, okay!’ You know, somebody to check out and follow in the Sacramento community.”

Mon Jun 22 , 2020
Teen shopping online cartoon Teenagers have exploited a credit loophole to go on “free” shopping sprees, it has emerged. Klarna, Britain’s biggest “buy now, pay later” lender, has been forced to over­haul its security system after a 16-year-old girl was able to open an ­account on the website and rack […] 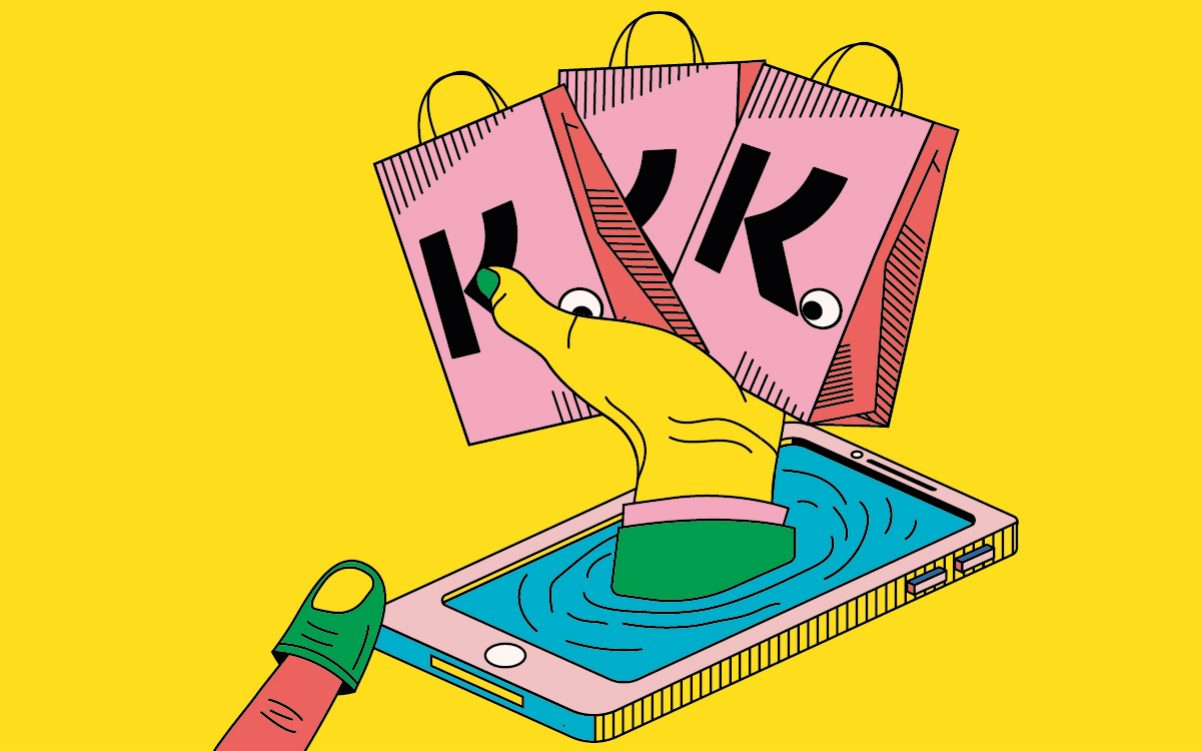