Brad Paisley is bringing a three-night drive-in concert experience to his fans in July. The country singer will perform in Maryland Heights, Missouri; Nashville, Tennessee; and Noblesville, Indiana, on July 10, 11 and 12. He described the upcoming experience as a “three-city world tour” in an interview with “Good Morning […]

Brad Paisley is bringing a three-night drive-in concert experience to his fans in July.

The country singer will perform in Maryland Heights, Missouri; Nashville, Tennessee; and Noblesville, Indiana, on July 10, 11 and 12. He described the upcoming experience as a “three-city world tour” in an interview with “Good Morning America.”

“A lot of people thought of the idea of playing at drive-in theaters and the idea that cars can be this vehicle that — no pun intended — allows people to sort of go to something and experience it without being around others,” Paisley said.

“But taking it to another level was this idea that instead of being inside the venues, where we would typically play, why not utilize the parking lots for these places, which are just totally ready for all these cars to line up,” he added.

Each ticket, which will account for one car with a maximum of four people in it, gives fans their own “personal tailgate zone.” Live Nation says each zone is about the size of a two-car garage.

There will also be designated space left around vehicles to help audience members uphold social distancing guidelines. Other safety measures include contactless ticket scanning through car windows and the requirement for all venue staff to wear masks.

“People have their own little area next to each car, they’re all spread out in such a way that you can tailgate,” he said. “You can sit there and be with the people that you’re normally with; you’re not gonna interact with other folks.”

He said that from his past experiences performing for large audiences, he’s found that oftentimes the real party is in the parking lot.

“I’ve gone out there before and interacted and seen what is going on in the parking lot, and it is its own world.” Paisley shared. “It’s kind of neat to just go ahead and take the show to them . . . in such a way where we can minimize contact because my goal and Live Nation’s goal with this is not to spread this virus to one other person.”

Along with making sure the concert doesn’t put any lives at risk, he wanted to create an environment for people to unwind and enjoy the music.

“You don’t want to be the reason that there’s a flare-up of this virus in a city,” he said. “We’ve got to get ahead of this, and at the same time, I feel like if we allow life to halt completely, we also let this virus win in another way.”

Creating these drive-in shows allows fans to enjoy his hits, his band gets a few gigs from the series and attendees will be able to “experience this togetherness without actually being physically close to one another,” Paisley said.

He is adamant that the implemented precautions be taken seriously. “There [will] be no storming the stage, they can’t form a mosh pit. . . . They’ve got their little party areas and that should be great,” he said. “As long as you do that and they’re with the three or four people they came with in their car, then they should be, you know, they’re not spreading it to people they haven’t met.”

Fans attending the show can expect special attention to be placed on the visuals displayed onscreen. “My show’s conducive to this because I’ve always utilized this big video wall,” he said, adding that it’s really an extension of his show.

“For the big venues that we play, when they’re hundreds of yards away at a festival or amphitheater, and there’s all those people on the lawn, we’ve always relied on making sure video content is its own show,” Paisley added. “That’s even more important in this situation because obviously, it’s a sea of cars and they’re staring at you on the screen . . . so we’re making sure that the content that you see on the screen is part of the show.”

MORE: Brad Paisley tries his hand as a hair colorist for his wife

Concertgoers can also expect Paisley to perform his latest single, “No I in Beer,” which he says he’s been dying to play live.

He says the song has “taken on such a life of its own,” and has led to everything from Paisley’s crashing Zoom drinking parties to a now-viral TikTok challenge that entails bouncing a beer on a basketball and taking a drink with the song in the background.

“The way that people have utilized this — they’ve been doing these ‘beersketball’ videos on TikTok, and I’ve loved it,” he said. “I did one of those early on and it was like, I was surprised at how well a basketball will send the beer can exactly where you want it to go. . . . It will also hit you in the gonads if you’re not careful.”

♬ No I in Beer – Brad Paisley

Paisley said he feels the song is a lighthearted connector during these times. “It’s been fun to watch this take on this meaning of sort of defiance,” he explained. “It’s sort of a way, like the world is screwed up and things are strange, but we can all have a beer together some way.”

For those who can’t make it to one of Paisley’s upcoming drive-in concerts, his June performance with five-time Grammy Award winner Keb’ Mo’ at the Grand Ole Opry is available for viewing online. The duo performed “Will The Circle Be Unbroken” onstage.

“Musically, he’s just a force,” Paisley said about Mo’, describing the blues musician as one of his “favorite human beings.” “He’s just got it, and he’s such a great fit for the Opry stage — the authenticity, even though it’s blues — there’s a country soul vibe to what he does anyway, it’s very organic.”

MORE: Darius Rucker and more: Complete list of drive-in performances to keep on your radar this summer

“I knew it would be magical . . . just to have somebody that’s that — he’s so legit as a talent, I just feel like such an impostor when I play with people like him,” Paisley added.

The country singer said he’s impressed with the Opry’s evolution over time and the way it’s embracing more music styles. “There was a time when they were very close-minded about other formats of music on that stage,” he said. “But they’ve become this place that looks for the common thread, that looks for . . . is there something country about this that fits here? Is there’s something where there’s an amazing moment of that synergy?”

“Especially with what’s all been happening in our society, to have somebody like Keb’ out there, who’s just — he brings so much heart and such a great new perspective to that Opry stage, especially in an empty building like this where it’s so — you feel history when you play the Opry like this, when you play it with no audience there and you know that what you’re doing is essentially, you’re sort of injecting lifeblood into this place right now, on a Saturday night by keeping that circle unbroken.”

He says the long-standing history and massive list of talented performers that have played on that stage never fails to amaze him.

“It always hits me, especially in this time period, when Mike Terry, or one of our announcers, says this is performance 4,215 of the Grand Ole Opry . . . it’s like, what? And you realize the importance of keeping this going with no audience even in place, so when you have somebody come in from another format, and represent in such a great way, it’s just so heartening to me.”

Brad Paisley on his upcoming drive-in concerts and his ‘magical’ Opry duet originally appeared on goodmorningamerica.com

It was his dream job. He never thought he'd be bribing doctors and wearing a wire for the feds.

Tue Jul 7 , 2020
When Oswald Bilotta landed his dream job as a sales representative for Novartis Pharmaceuticals in 1999, he thought he’d be doing good for society while doing well for himself and his family. He had no idea that just over a decade later, he’d be part of a vast federal investigation […] 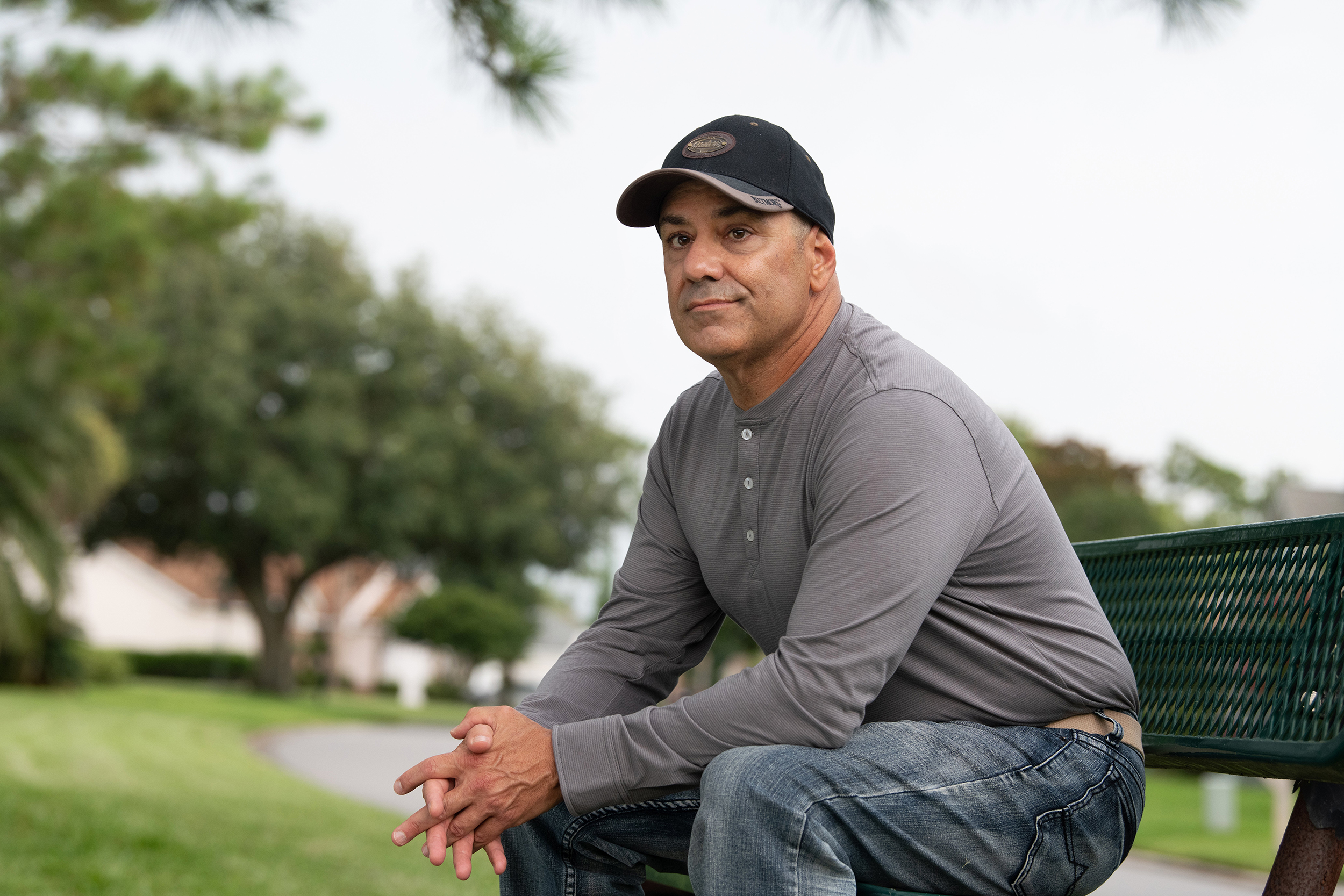