Legally speaking, Brad Pitt is not having himself the greatest year. First, there’s his ongoing custody battle with Angelina Jolie, which recently lined up new witnesses and nearly replaced the sitting judge. And now, he’s facing a whole new problem in the form of a lawsuit from Texan woman Kelli […]

Legally speaking, Brad Pitt is not having himself the greatest year. First, there’s his ongoing custody battle with Angelina Jolie, which recently lined up new witnesses and nearly replaced the sitting judge. And now, he’s facing a whole new problem in the form of a lawsuit from Texan woman Kelli Christina, who claims that Pitt approached her online with a charity opportunity and wound up forming a close, personal relationship with her — so close that the two were talking marriage. Pitt’s legal team has filed a motion to dismiss the lawsuit, stating that Christina herself admitted to later finding out it was not in fact Pitt with whom she’d been speaking, but she’s not backing down so easily. And I have to say: If I thought I was about to marry Brad Pitt and then found out it was all a scam, $100K in emotional damages wouldn’t even begin to cover it.

So, what does Pitt’s team say happened here? According to their motion to dismiss, it was a classic catfish situation (I’m paraphrasing). Fake Brad Pitt reaches out to Christina, offers to help fundraise for the Make It Right Foundation with special guest appearances at planned events, and then collects his speaking fees from her without ever showing up.

“As [Christina] herself has acknowledged, it appears [Christina’s] communications about any agreement were apparently with one or more individuals unlawfully posing as — but not in any way affiliated with — defendants online,” the legal team has written, per Page Six. “By [Christina’s] own admissions, the communications she now alleges to have had with Mr. Pitt  . . . were actually between Plaintiff and one or more individuals posing as, in Plaintiff’s words, ‘fake Brad Pitts’ and not in any way affiliated with the Make It Right Foundation.”

Still, Christina insists that she has valid cause to sue the actor, noting that their conversations included “discussions of marriage” and that she had paid $40,000 speaking fees that were accepted without Pitt ever making an appearance.

“Kelli Christina was persuaded by Brad Pitt’s presentation of the allegedly meritorious cause. Plaintiff and Brad Pitt . . . entered into a business agreement with specific terms and conditions,” her lawsuit states. “Brad Pitt’s appearance at the events was key to the events, donations to be made by attendees and was part of the agreement between Plaintiff and Defendants.”

Of course, if someone was using Brad Pitt’s name and image to make promises on his behalf, there’s no way the actor can be held responsible to keeping them…right? It’s tragic that there are online scams targeting people this way, and can’t be fun for anyone involved to try and recoup their losses in this. And while I talked a big talk about emotional damages earlier, I’m actually now reconsidering whether I would let the real Brad Pitt know upon finding out I’d been catfished by a fake Brad Pitt. All the more power to Christina for coming forward with her story — we just wouldn’t count on that $100K coming forward any time soon.

Before you go, click here to see the most important celebrity lawsuits of all time.

Launch Gallery: A Look Back at Brad Pitt’s Oscars Dates Through the Years

How To Start Saving To Buy A Home, According To Money Experts

Fri Oct 9 , 2020
With record-low interest rates, many would-be buyers are leaping at the opportunity to purchase their first home — even during a pandemic. But before you fall down the Zillow rabbit hole, you’ll want to make sure that you have firm financial footing and prioritize paying off high-interest rate debt like […] 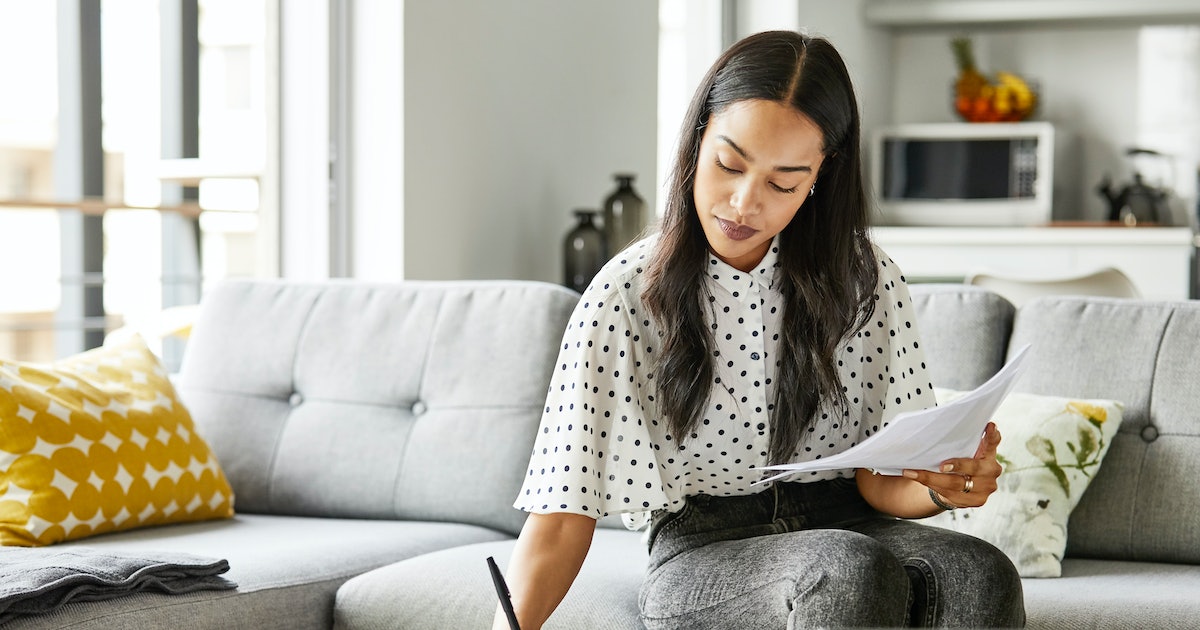