Diesel bookseller Lynn Aime makes a sale next to a sign asking customers to contribute to the shop’s GoFundMe. (Genaro Molina / Los Angeles Times) Next to a bottle of hand sanitizer, on a table at an entrance to Brentwood’s Diesel bookstore, is a message to customers describing an existential […]

Next to a bottle of hand sanitizer, on a table at an entrance to Brentwood’s Diesel bookstore, is a message to customers describing an existential crisis induced by a pandemic. It says, in essence: We need your help.

“We have tried to weather this storm, with creative reinvention, hard work, and perseverance, as we always have,” reads the note from Diesel owners Alison Reid and John Evans. “We’ve managed to keep our booksellers afloat financially and with the necessary health care. But at this point, our stores are foundering.

“… So we are asking for your support to restore us to a sustainable level, to make it through this taxing time… We have resisted this appeal to our wider community, but now we are running out of time. It is either this, or ending our run as a quality independent bookstore.”

Online orders, gift card purchases and the recent return of indoor shopping by appointment only have helped keep afloat the charming bookstore tucked inside the Brentwood Country Mart. But as Reid and Evans alerted some 3,500 people via email, “it is not enough, given our rent, operating expenses and our publisher debt, to sustain us.”

Diesel, A Bookstore is a small retail chain with locations in Brentwood and Del Mar. Both face the threat of permanent closure, but the situation in the upscale Westside neighborhood is more dire.

COVID-19 has brought plenty of hardship to small businesses across the country. In Los Angeles, iconic restaurants, delis and bars have been forced to close permanently, unable to keep pace with rent and other bills as business slumps. And across California, bookstores are no exception. Berkeley’s University Press Books shut its doors after 46 years. Wolfman Books in downtown Oakland closed for good at the end of July. Larry Edmunds Bookshop in Hollywood and Angel City Books and Records in Santa Monica both started GoFundMe pages in the spring; San Francisco’s historic City Lights Bookstore has done the same. Other struggling bookstores in L.A. are following suit.

West Hollywood’s Book Soup and Vroman’s, with locations in Pasadena and Hastings Ranch, were accepting donations online during the first phase of the pandemic to help keep them going. The $10,000 raised for the stores — which are all Vroman’s operations — was used to pay operating expenses. Now, even as business improves, they’re focused on managing their cashflow “very carefully,” Chief Executive Julia Cowlishaw wrote in an email.

“We want to keep our doors open, provide as many jobs as possible and continue to be a vital part of our communities,” she wrote. “Thankfully, the company had created a cash reserve which, together with the Paycheck Protection Program loan, has allowed us to weather the crushing losses of the past seven months, and will take us through the Christmas season.”

Other booksellers don’t feel so confident.

We’ve had wonderful support from our customers, but we are struggling under the consequences of Covid-19. We are asking for your support to return to a sustainable level. Thank you for anything and everything. https://t.co/dsLxDgQLR0

“We hate, hate, hate the idea” of asking for donations, said Evans, “so we resisted doing it, up until two weeks ago.”

But there was no choice, he said. “We pushed ourselves into the position where we either have to do it or we have to close and go bankrupt.”

A key reason for the resurgence has been booksellers’ ability to “build, create and sustain community,” said Ryan Raffaelli, professor of business administration at Harvard Business School and author of “Reinventing Retail: The Novel Resurgence of Independent Bookstores.”

“There’s a lot of different forms that bookstores have taken in terms of business models to expand the revenue channel over the last 10 years,” he said. “So a call for help — while we may think about a GoFundMe as being quite unique — I think is an extension of a long tradition of bookstore owners recognizing that they’re co-creating community with the customer.”

Bookstores have seen that firsthand. At Once Upon a Time, a few customers have written checks for the Montrose children’s bookstore. “Some asked me to have it spent on personal protection things,” said owner Maureen Palacios. Others wanted their donation to help a child buy books.

At Diesel, the outpouring of support from customers and fellow booksellers — many of whom face the same threats — has been heartwarming, Evans said. Contributions have ranged from $5 to $5,000. In response to the letter, others have dropped by the store for indoor shopping and are buying more books than normal. “That’s a very pragmatic, down-to-earth, generous investment in the store,” Evans added.

The indoor shoppers are making a noticeable difference: Sales in August were down 55% compared to last August, an improvement over the 70% to 80% decline of previous months. The PPP money Diesel received in May covered most of June’s costs, including wages, employee healthcare, publisher debt and rent, which their landlord has deferred since April and will likely continue deferring through the end of the year. “Our rent is very high. At Brentwood Country Mart it’s just insane.”

These debts multiply every month. Most banks aren’t interested in loaning to small businesses because they don’t make much profit off of them, Evans said, and he has little faith that state and federal governments will help.

“If you don’t have an organized financial system or government system that supports bookstores, then you’re left with a kind of community funding, which is erratic and chaotic and not dependable,” he said. “That’s kind of where we’re at. … As it is now, we aren’t functional or sustainable.”

Neither is Larry Edmunds Bookshop.

In March, owner Jeffrey Mantor was preparing for the start of Hollywood’s live events season when the pandemic forced immediate closures. He lost the two things that have keep the bookstore thriving for decades: international tourism and live events.

“I was basically losing what is the equivalent of the Super Bowl for my business, and we really had no recourse to make up for that,” he said.

Mantor initially resisted launching a GoFundMe, but without a viable e-commerce site, he saw no choice. The major success of City Lights Bookstore’s fundraiser encouraged him. “I realized that this store had pretty great customer support too, and a lot of people who have shopped here for a very long time.”

The $46,000 raised has paid for overhead expenses, wages and new computers. Mantor even hired a website developer. “The money has left the lights on.”

On a recent Thursday afternoon, Katherine Cooper browsed through the empty aisles of Diesel for the first time in months.

The 60-something-year-old Malibu resident had trekked to Brentwood to pick up Hilary Mantel’s historical novel “The Mirror & the Light,” the final book in the Wolf Hall trilogy. Since the bookstore’s Malibu location closed in 2014, she’s traveled the 20 miles often to buy from one of her favorite bookshops. She wants to ensure it’s around for years to come.

“I think [indie bookstores] are a dying breed as far as the bricks-and-mortar, and I just think it’s important to keep them in business, to keep them going,” she said. “It’s fundamental.”

Cooper hadn’t heard about Diesel’s GoFundMe until a Times reporter approached her. She vowed to make a contribution and she said she’d tell her bookworm friends to do the same.

“Bookstores have a coterie of committed customers who are eager and want to support them,” said Raffaelli, the Harvard business professor. “The challenge becomes, as the pandemic goes on: How do you move beyond the initial spike, given that it’s unclear how long you would go?”

Tough as the times are, Thatcher Robinson, Diesel’s store manager in Brentwood, sees the good that’s emerged from the pandemic. “It’s making people realize how much they rely on businesses that don’t have a ton of money — their local restaurants and local bookstores. People are opening their eyes that we need to support these places all the time, not just right now.”

All the best movies we saw at Toronto Film Festival, ranked (including 'Good Joe Bell')

Tue Sep 15 , 2020
It’s definitely a different Toronto International Film Festival than usual, with a couch and a Keurig taking the place of theater seats and a coffeehouse stop. In a year when everything in the movie industry has had to scramble amid COVID-19, Toronto (running through Sept. 19) is the biggest of the A-list […] 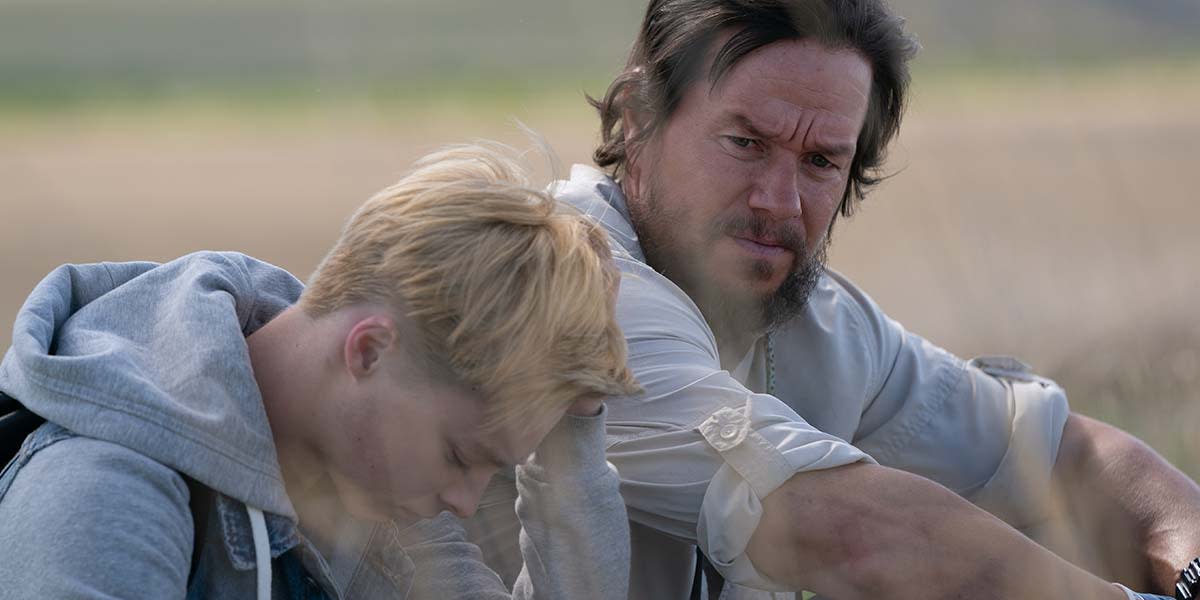