Photograph: Sam Corum/EPA Roger Stone, whose 40-month prison sentence for lying to Congress and witness tampering in the Russia investigation was commuted by Donald Trump, has said Trump should seize total power and jail prominent figures including Bill and Hillary Clinton and Mark Zuckerberg if he loses to Joe Biden […]

Roger Stone, whose 40-month prison sentence for lying to Congress and witness tampering in the Russia investigation was commuted by Donald Trump, has said Trump should seize total power and jail prominent figures including Bill and Hillary Clinton and Mark Zuckerberg if he loses to Joe Biden in November.

The long-time Republican strategist and dirty trickster, who has a tattoo of Richard Nixon on his back, lied about contacts with WikiLeaks during the 2016 election regarding emails hacked from Democratic party accounts.

In turn, special counsel Robert Mueller and the Senate intelligence committee suspected Trump lied when he said he could not recall discussing the leaks with Stone.

Stone did not turn on Trump and had his sentence reduced on the recommendation of attorney general William Barr. But he still faced prison before Trump acted. His conviction stands.

Both men were in Nevada on Saturday, Trump holding campaign events while Stone sought to raise money for himself. He outlined his advice to Trump should he lose in a call to conspiracy theorist Alex Jones’s Infowars online show, on Thursday.

Citing widely debunked claims of fraud around early voting, absentee balloting and voting by mail, Stone said Trump should consider invoking the Insurrection Act and arresting the Clintons, former Senate majority leader Harry Reid, Mark Zuckerberg of Facebook, Tim Cook of Apple and “anybody else who can be proven to be involved in illegal activity”.

Nevada has not gone to a Republican since 2004 but is shaping up to be a crucial contest this year. Biden leads there, but polls have tightened.

Trump’s own rhetoric was not far removed from that of the man he spared prison. In Nevada on Saturday, the president continued to make unsubstantiated claims about voter fraud.

After a planned airport rally in Reno was cancelled because of coronavirus restrictions, Trump staged an event which disregarded such strictures in Minden.

Attacking the Nevada governor, Steve Sisolak, a Democrat, he said: “This is the guy we are entrusting with millions of ballots, unsolicited ballots, and we’re supposed to win these states. Who the hell is going to trust him? The only way the Democrats can win the election is if they rig it.”

Stone said: “Governor Sisolak is a punk. He should not face down the president of the United States.”

Trump and his campaign have also consistently claimed without evidence that “antifa”, or anti-fascist, activists represent a deadly threat to suburban voters that will be unleashed should Biden win.

Commenting on a Daily Beast report about leftwing activist groups planning what to do “if the election ends without a clear outcome or with a Biden win that Trump refuses to recognize”, Stone told Jones the website should be shut down.

“If the Daily Beast is involved in provably seditious and illegal activities,” he said, “their entire staff can be taken into custody and their office can be shut down. They wanna play war, this is war.”

Stone also advocated “forming an election day operation using the FBI, federal marshals and Republican state officials across the country to be prepared to file legal objections [to results] and if necessary to physically stand in the way of criminal activity”.

In an interview broadcast on Saturday night, Trump told Fox News he would happily “put down” any leftwing protests.

“We’ll put them down very quickly if they do that,” he told Jeannine Pirro.

“We have the right to do that. We have the power to do that if we want. Look, it’s called insurrection. We just send in and we, we do it very easy. I mean, it’s very easy. I’d rather not do that, because there’s no reason for it, but if we had to, we’d do that and put it down within minutes, within minutes.”

The Insurrection Act of 1807 allows the president to use federal troops to enforce federal law. Last used in 1992, it was much discussed this summer, amid protests over racism and police brutality arising from the killing of George Floyd by officers in Minneapolis.

In his interview with Fox News, Trump discussed an incident in the city in which US Marshals shot dead a suspect in the killing of a member of a rightwing group.

“There has to be retribution when you have crime like this,” Trump said.

He also said protests such as those in Portland would lead to “a backlash” from the political right, “the likes of which you haven’t seen in many, many years”.

How hunger has reached crisis level on college campuses (exclusive)

Sun Sep 13 , 2020
Yahoo Life has partnered with Emmy- and Peabody Award-winning broadcaster Soledad O’Brien for the exclusive premiere of the documentary Hungry to Learn (watch above). O’Brien and her team followed four college students facing the hard choice of paying for college or paying for food and housing. She discovered that an […] 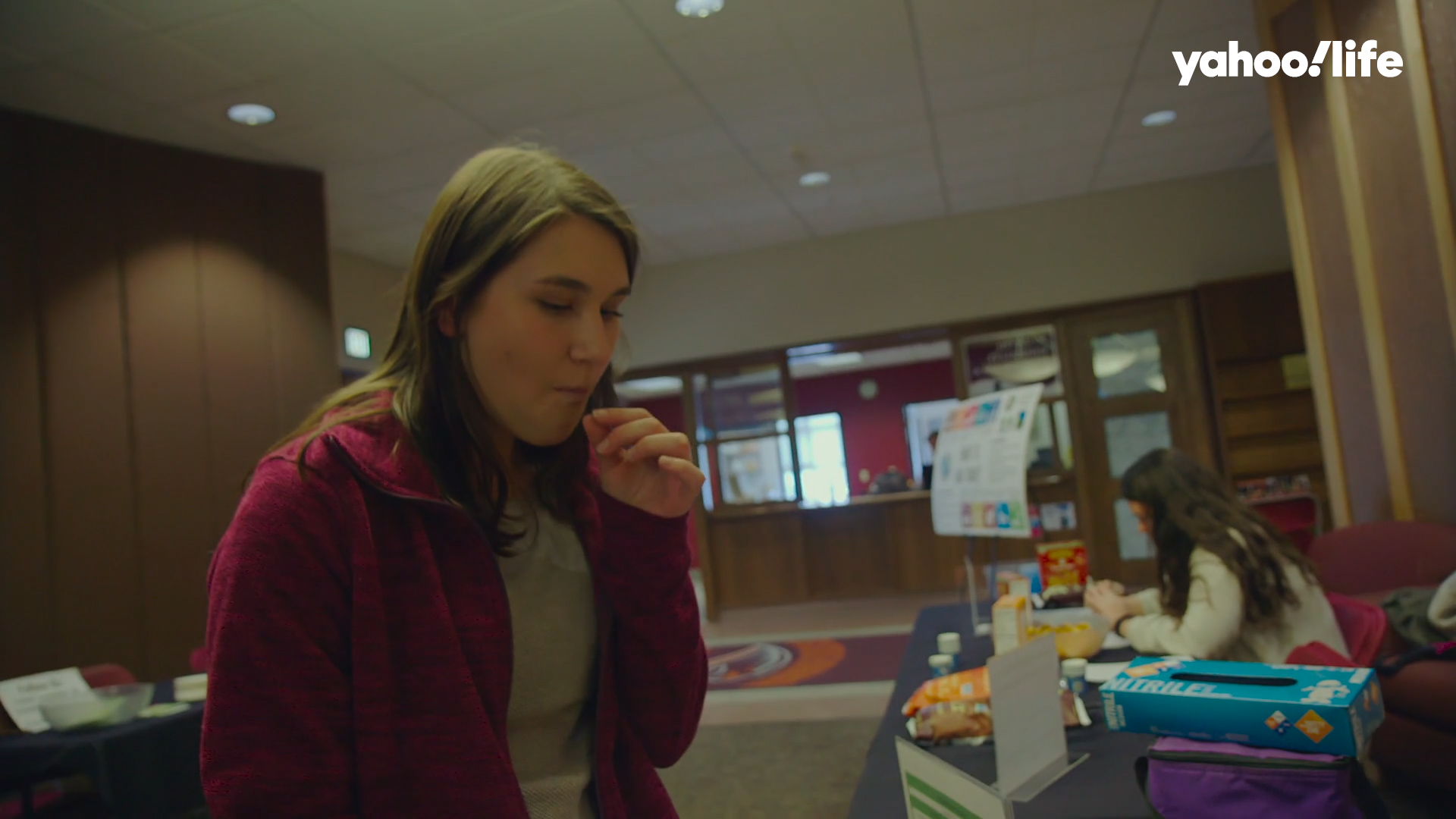