British Cycling will write to government this week to express concern at the way sport’s bailouts are being allocated, with too much attention given to ticketed sports and not enough on the grass-roots facing an “existential crisis”. Oliver Dowden, the culture secretary, has asked sports to put in their bids […]

British Cycling will write to government this week to express concern at the way sport’s bailouts are being allocated, with too much attention given to ticketed sports and not enough on the grass-roots facing an “existential crisis”.

Oliver Dowden, the culture secretary, has asked sports to put in their bids for government assistance by 5pm on Wednesday, but there are fears within recreational sport that there will be an excessive focus on those high-profile sports affected by the government’s decision not to allow fans back into stadiums from Oct 1.

The English Football League says its 72 clubs stand to lose £200 million this season without crowds, having already lost £50 million during the 2019/20 campaign. The Rugby Football Union has forecast £106 million losses amid measures that could prevent Twickenham from hosting fans for up to six months. Their submission will include a representation on behalf of Premiership Rugby, who have warned of  “irreparable damage to our clubs”, although they will be free to state their own case for funding. The RFU’s priority will be protecting grass-roots and community clubs. The Football Association has projected a possible £300 million loss of income and has already made 124 roles redundant.

British Cycling is not facing big losses due to an absence of crowds. Only a fraction of its events are ticketed, and most of them have already been cancelled for this year, but it will urge the government to look at the wider picture, with grass-roots sports in “real peril”.

Around 10,000 people in the sports sector have already lost their jobs since lockdown, and there are fears that up to 300,000 roles could go by the end of the year without government support.

Community leisure has been especially badly hit, with around 6,000 job losses and only a third of public leisure facilities such as community gyms and swimming pools reopening even after restrictions lifted in July.

Last week the leaders of more than 100 sports bodies wrote to Prime Minister Boris Johnson to ask for emergency funding, warning of “a lost generation of activity” because of coronavirus.

“We’re facing an existential crisis,” warned British Cycling’s chief  executive Julie Harrington. “Perhaps because some televised sport has returned some people believe that everything is OK. When actually, from grass-roots up to professional sport, there is real peril.”

British Cycling – whose income derives chiefly from public funding, membership subscriptions and commercial deals – has already laid off roughly 12 per cent of its staff after modelling a £4.5m drop in revenues this year, and it may be forced to make further cuts. HSBC recently announced a new one-year extension to its partnership with British Cycling, but it is believed to be on less money than before. And commercial sponsors will be difficult to find in the current climate.

Although British Cycling’s elite athletes are secure for now as they are Lottery-funded, there are fears that the wider cycling economy, the grass-roots side of the sport, which is largely volunteer-led and run, could be severely impacted.

The sports sector will be working right up until Wednesday’s deadline on its calculations and the total ‘ask’ is expected to be in excess of £2 billion. As well as emergency funding, sports will suggest other options including VAT and national insurance rebates, business rates relief and government-secured loans. Some sports are making individual submissions to government, but many are working through umbrella organisations such as UK Sport, which is focused on elite Olympic and Paralympic sport, the Sport and Recreation Alliance, which represents community sport and ukactive, whose members are made up of private and public sector gyms, swimming pools and leisure operators.

The sports will collectively tell government that there is an economic as well as social imperative to saving a sector which could underpin urgently needed improvements in health and wellbeing through all parts of society.

How to prepare if Obamacare gets canceled

Tue Sep 29 , 2020
How to prepare if Obamacare gets canceled Despite dozens of attempts to repeal it, the Affordable Care Act has managed to endure for more than a decade. But on Nov. 10, just a week after the presidential election, the all-encompassing health care law — nicknamed Obamacare after the president who […] 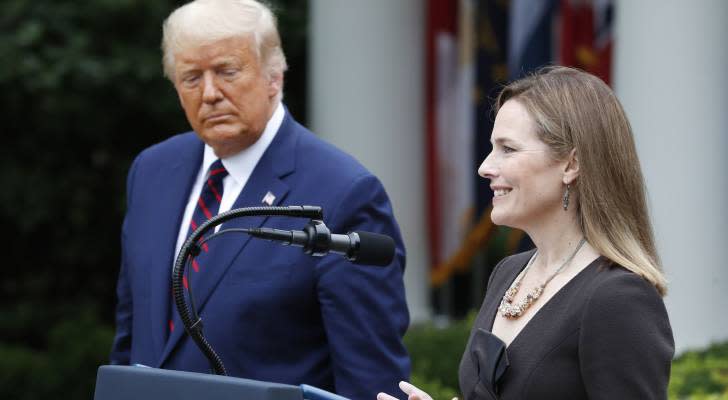