Britney Spears wants the legal guardianship to reflect “her current lifestyle and her stated wishes” Britney Spears has asked a court not to return her father to a role that gave him control over many aspects of her life and career. Jamie Spears has been his daughter’s legal conservator for […]

Britney Spears has asked a court not to return her father to a role that gave him control over many aspects of her life and career.

Jamie Spears has been his daughter’s legal conservator for 12 years, due to concerns around her mental health.

He temporarily stepped aside from the role overseeing her personal affairs in 2019, citing his own health problems.

Some of Spears’ fans believe she was forced into the arrangement, and have been running a #FreeBritney campaign.

What has Britney now said?

“Britney is strongly opposed to James’ return as conservator of her person,” according to a court document filed to the Superior Court of California in Los Angeles.

It explained that the 38-year-old singer was in favour of the role, which she said had “rescued her from a collapse, exploitation by predatory individuals and financial ruin” and made her “able to regain her position as a world class entertainer”.

However, she wants her manager Jodi Montgomery, who stepped in for her father during his absence, to permanently oversee her personal affairs, once the conservatorship is up for extension again after 22 August.

Mr Spears has also had oversight of her financial affairs. He took sole control last year when his co-conservator, a lawyer, resigned. However, the court has been told the singer would now like a “qualified corporate fiduciary” to take over her finances.

Her lawyer said he expected that Jamie Spears would “aggressively” contest the request to push him aside.

But the legal documents said: “We are now at a point where the conservatorship must be changed substantially in order to reflect the major changes in her current lifestyle and her stated wishes.”

It also revealed that Britney has no plans to perform again soon. She last performed live in October 2018, before cancelling a planned 2019 Las Vegas residency due to her father’s ill health, noting how “it’s important to always put your family first”.

A hearing in the conservatorship case is scheduled for Wednesday in Los Angeles.

What is the conservatorship and why was it set up?

Britney Spears has not controlled her financial or many of her career decisions since 2008 under this court-enacted agreement.

A conservatorship is usually granted for individuals who are unable to make their own decisions, like those with dementia or other mental illnesses.

Essentially, for the last dozen years, her father and attorney have managed her assets and personal life – including being able to restrict her visitors and communicate with doctors about her treatment.

The star began behaving erratically in 2007 after her divorce from Kevin Federline, and she lost custody of their two children (although she has frequent visits).

Her alleged mental breakdowns took place in the public eye – she made headlines for shaving her head and was photographed hitting a paparazzo’s car with an umbrella – and went to rehab facilities several times.

She was placed in psychiatric care after refusing to surrender her sons in a stand-off with the police, and the conservatorship was put in place in early 2008.

In the years under the conservatorship, she has released three albums, completed a two-year Las Vegas residency, and served as a judge on The X Factor.

Why do fans want to #FreeBritney?

What began as a hashtag in 2009 has mushroomed into an online campaign by fans who accuse Britney’s father and others of being overly and unnecessarily controlling.

Some protested outside the last court hearing in July, and an online petition has gained more than 100,000 signatures. They believe they need to rescue their idol. Those close to the star say the campaign is based on a conspiracy theory.

The singer herself has not commented on the campaign. She does post regular photos and videos on Instagram, mainly showing her dancing.

There have been claims that she doesn’t control her own posts and that old photos are being recycled. But in an Instagram video in May, she said: “For those of you who don’t think I post my own videos… you’re wrong.”

And last weekend, she posted a picture showing a time and date “so you guys know these aren’t old”.

However, in April she revealed on Instagram that she accidentally burned down her home gym, which concerned some fans. She has also recently appeared to respond to supporters who ask her to post a specific photo if she needs help – like wearing a yellow shirt or posting a painting with doves.

What will student protests look like when classes are online? 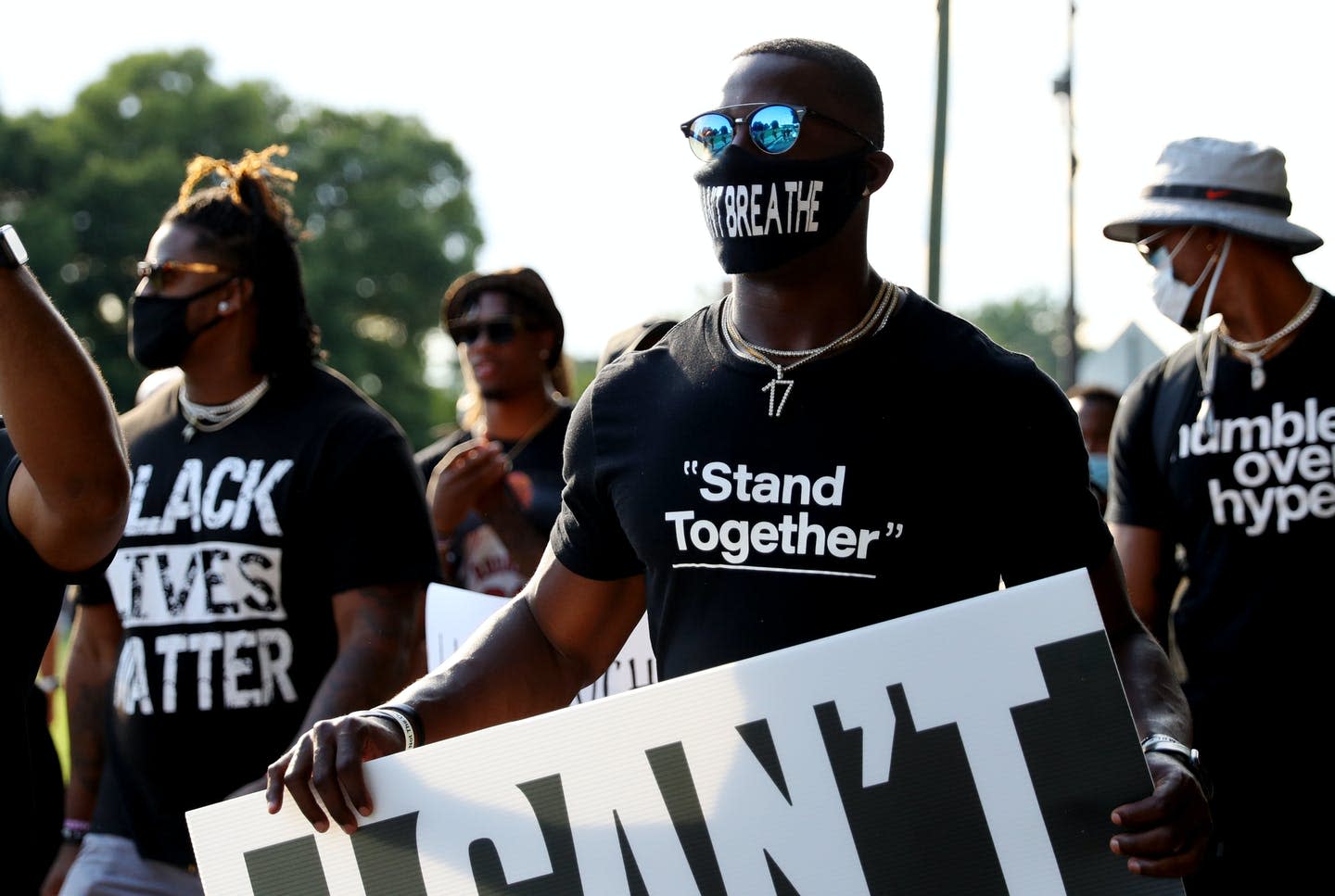