For Pride 2020, GQ’s Give It Up series invites influential artists and athletes to shine a spotlight on charities that are important to them. If you feel inspired—give! Brittany Howard has never let the world dictate her fate. In her still-young career, her musical outpouring has been relentless: She’s formed […]

For Pride 2020, GQ’s Give It Up series invites influential artists and athletes to shine a spotlight on charities that are important to them. If you feel inspired—give!

Brittany Howard has never let the world dictate her fate. In her still-young career, her musical outpouring has been relentless: She’s formed three bands (Alabama Shakes, Thunderbitch, and Bermuda Triangle), released four albums (two with the Shakes, one with Thunderbitch, and a recent solo record, Jaime), and worked herself into a dizzy, dripping fever on countless stages. Each successive project has marked a step in a new direction, but none more so than Jaime, her first nakedly autobiographical album.

Though Howard’s prior music had been personal to varying degrees, Jaime was the sort of work that only she could make, and that she could only make alone. Named after her sister who died of cancer as a teenager, it faced head-on the traumas and hurdles in Howard’s own life—namely, growing up poor, biracial, and closeted in Athens, Alabama. On the album’s most haunting track, “Goat Head,” she sang about an incident in which a stranger “slashed my dad’s tires and put a goat head in the back” of his truck. Elsewhere, the album is a warning (“History Repeats”), an activist invocation (“Now what stands in the way? / (All of us) / Now what you gon’ do ’bout it? / (Get up, get up)”), and a powerful declaration of same-sex love (“Georgia”). “For a while I was really into writing love songs because I’m a Libra and I love love,” Howard says. “But as I got older, I realized that there’s just so much more about my life that I should be singing about.”

Jaime was widely lauded by critics; the Recording Academy nominated Howard for eleven Grammys (of which she won four); and last fall Brittany Howard the Solo Act embarked on a big, auditorium-packing U.S. tour. After a few months on the road, Howard and her band were in a groove, and the way crowds were responding to her story was “extremely validating”; “it meant everything to me,” she says. For example: “This one woman in her 50s, biracial, with a white mother and black father, comes up to me and tells me, ‘Thank you for writing ‘Goat Head’ and talking about how different it is to have parents of two different colors. Because you’re either Black or white in this society. So thank you for describing how it’s different for us too.’”

But with the arrival of COVID, the tour came to an abrupt halt in March, and Howard hunkered down with her wife and Bermuda Triangle bandmate Jesse Lafser at their home in Nashville. Without access to a full band, she’s been working on making her solo songs truly solo. “I’ve been re-learning all the parts to my songs, performing them on a live looper, re-performing keyboard parts. Really, I’ve been remixing my songs so I might be able to perform them online. It’s been expanding my mind.”

For fans of Howard’s music, it shouldn’t come as a surprise that she’s rolling with the punches. Perseverance has always been her central mantra (“Sayin’, “Come on, Brittany, you got to come on up”; “I have found at last / That if I wanted to / I’d be alright”; “Listen to teacher / Imagine the sound / And listen loud / And then you’ll reach that top”). Just don’t assume it’s been easy. “The level of patience that I’m having to experience is new for me,” Howard says. “I have to release some control over what happens in my life.”

But if the pandemic forced Howard to submit to certain forces, the national uprising following the killing of George Floyd has also inspired her to double down on using her energy “for things I believe in.” She recognizes the “great responsibility in having a platform” and wants to use her artistic gifts to spread knowledge and humanity: “I want to have children one day, and I want them to exist in a world where they don’t have to be afraid to be who they are.”

Which is part of the reason Howard is a vocal supporter of Southerners on New Ground (SONG), a 27-year-old organization that fights for “LGBTQ liberation across all lines of race, class, abilities, age, culture, gender, and sexuality in the South.” “I chose [to highlight] Southerners on New Ground because of how they bring together a lot of different communities of the LGBTQ peoples,” Howard says. “People of all different colors. People who live in really rural parts of the South. Immigrant peoples. Honoring us and giving us a voice and visibility.”

For Howard, SONG’s big tent is particularly important during this Pride month. “Pride for me is about remembering that there’s so many people who want to celebrate who they are,” says Howard. “And this Pride is different because it’s in the midst of one of the worst global pandemics in history, and we’re building this large coalition of people who are demanding immediate action and accountability and change.”

Though SONG is at its core an LGBTQ+ organization, its focus on intersectionality has also made it a leading force in the fight for Black lives. Co-Director Mary Hooks tells me that in her eleven years with SONG, the organization has bailed out Black mothers, pushed for participatory budgeting, and, recently, has been pivotal in spreading the call to defund the police. “Being able to lead the charge around the defunding of the police and defending Black life has been years of work, and people coming into the room and struggling together,” says Hooks.

The work, Hooks emphasizes, is “hard”—unpaid, risky, and psychologically tolling. And because it’s so hard, Hooks says, music—and especially music that reflects, uplifts, and inspires—is crucial. “Nina Simone said the role of the artist is to reflect the times. And we know that in the Black liberation struggle, singing and song is important to our survival, our joy, our resilience. It’s a spirit-builder, and it helps to shift people’s hearts and minds.”

SONG’s mission resonates with Howard. “I make my music based off of my experience,” she says. “And my experience has been one of being afraid to come out. Being afraid of what my community thinks, what my family thinks. Growing up in really low income situations, where I could not afford all of my utilities or my groceries all the time. Growing up in situations where I was eager to learn but was denied education, just because I didn’t have the money. Growing up always faced with roadblocks and having to figure out how to overcome them.”

So Howard perseveres, not just for herself but for others too. Lately, she’s been putting her skills as a one-woman band to the test, popping up on livestreamed benefits and fundraisers. And though she’s now reaching people through a screen, the resonance of her songs has only grown stronger, their message more vital. “Encouragement is essential,” Howard says. “If I can encourage myself, then great. But if I can encourage someone else, even better. Because, who knows what they’re going to do after being encouraged? They could do all kinds of compassionate, humane things for other people. I’m just a cog in the wheel.”

Thu Jun 25 , 2020
European stocks made modest gains Thursday, one day after a brutal selloff, but US indices struggled on continued worries about a resurgence of coronavirus and mounting job losses in the US. Oil also recovered some of Wednesday’s five percent tumble on increasing infections stoking demand worries, just as the latest […] 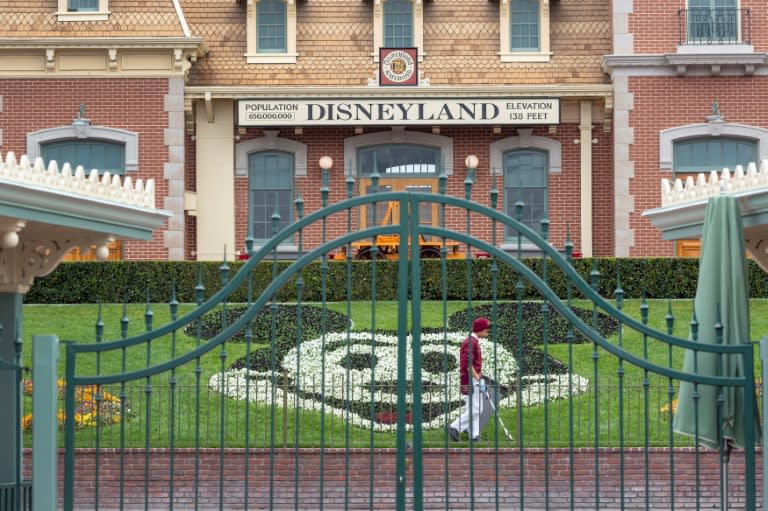