Feb. 17  A Texas judge sides with Microsoft, saying the company didn not hinder that state’s investigation.

April 21  A federal appeals court in Washington hears arguments  but doesn’t say when it will rule  on Microsoft’s bid to overturn Judge Jackson’s Dec. 11, 1997 injunction.

May 14  Microsoft, the Justice Department and close to 20 states announce they’re in settlement talks that could head off a massive antitrust suit.

June 23  A federal appeals court rules that Microsoft did not violate a previous agreement with the government when it combined Windows 95 and Internet Explorer.

Aug. 11  Judge Jackson rules that pretrial interviews of Gates and other executives should be open. Microsoft appeals.

Aug. 19  Federal court of appeals rules that pretrial interviews should be closed.

Sept. 8  Microsoft files a 48-page legal brief rebuking the government and reiterating its argument that the case be dismissed.

Sept. 11  The Justice Department and Microsoft Corp. ask Judge Jackson for a three-week delay to their antitrust trial due to pretrial preparations.

Sept. 17  Judge Jackson rejects a request from Microsoft to limit the scope of evidence that government lawyers can present in the antitrust trial.

Sept. 24  Judge Jackson tells lawyers on both sides that he may ask Lawrence Lessig, to write a “friend of the court” brief summarizing his views on the case.

Sept. 28  Microsoft serves subpoenas to authors David B. Yoffie and Michael A. Cusumano seeking, among other things, tapes of their interviews with Netscape employees.

Oct. 9  Judge Jackson agrees to delay the beginning of the antitrust trial until October 19.

Oct. 19  The trial begins at the E. Barrett Prettyman Courthouse in Washington, D.C.

Wed Oct 21 , 2020
PARENTS are constantly on the lookout for new ways to encourage their kids to help out around the house – and pocket money seems to be a sure way. But when one mum asked other parents for advice online and shared a system she thought could work, many pointed out […] 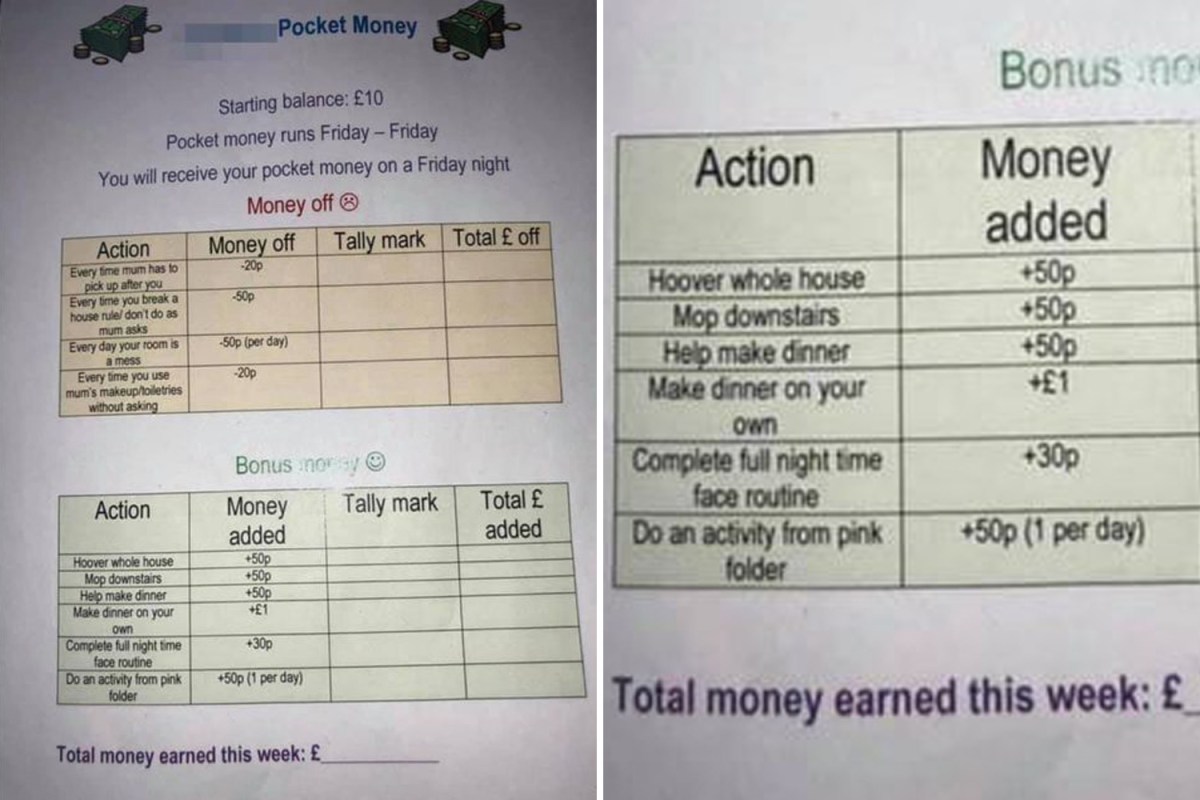