The agriculture business community is scrambling to make connections and strengthen ties with members of the House Agriculture Committee now that the top two lawmakers on the panel will be gone in January. Chairman Collin PetersonCollin Clark PetersonOVERNIGHT ENERGY: Down ballot races carry environmental implications | US officially exits Paris […]

The agriculture business community is scrambling to make connections and strengthen ties with members of the House Agriculture Committee now that the top two lawmakers on the panel will be gone in January.

So far, at least two Democrats have thrown their hat in the ring to succeed Peterson: Rep. David Scott

Peterson, who lost to former Minnesota Lt. Gov. Michelle Fischbach (R) on Election Day, has been a staple of the committee since he was first elected to Congress in 1991. He has served as chairman the past two years after previously wielding the gavel from 2007 to 2011.

As a pro-business Democrat, he had good relations with K Street.

“He understands the importance of building a coalition to get things through, that’s part of his legacy as a moderate Democrat. I would say that he worked with the lobby community pretty strongly,” said Rob Larew, National Farmers Union president.

“Collin was a champion to the sugar beet community, to crop insurance, and to dairy farmers,” he added. “They will all be looking for new champions, but it will be very tough, and it will take a long time to find someone who has the depth of knowledge of their issues because he was all about the details and understanding things from inside out.”

Larew was staff director for Democrats on the House Agriculture Committee for a decade starting in 2006. Before that he worked in Peterson’s personal office.

Other Peterson alumni on K Street include Chandler Goule, CEO of the National Association of Wheat Growers.

Agriculture lobbyists are now preparing for a change of leadership on the committee.

Scott, the second-highest ranking Democrat on the committee and first in line to succeed Peterson, sent a letter to colleagues Thursday to launch his bid for chairmanship.

“Across rural and urban communities and from young to old, the threats posed by global illness, hunger, financial insecurity, climate change, and natural disasters are significant,” Scott said in his letter. “As our nation’s legislative body, it is the duty of Congress to address, through this Committee, the insecurities plaguing our citizens and provide the means for a more fruitful existence.”

In addition to seniority, fundraising is often factored into committee assignments.

Scott raised more than $1.1 million this cycle, according to the Center for Responsive Politics.

Costa, who has raised nearly $2 million this election cycle, made his intentions known a day earlier.

“As a third-generation farmer, I have the firsthand experience, expertise and passion to connect with rural Americans and lead this committee through the difficult challenges ahead,” Costa said in a statement Wednesday.

But even with new leadership on both sides of the dais, some observers say they don’t expect an immediate committee staff overhaul.

“I wouldn’t expect whoever takes over to fully change committee staff, so 100 percent of that institutional knowledge will not be lost. But, everybody will have some additional relationship building to do,” said Scott Graves, a partner at Williams & Jensen PLLC.

Graves was staff director for Republicans on the House Agriculture Committee from 2015 to 2017 under Conaway, who announced last year he wouldn’t be seeking reelection.

“Both top slots on the Ag committee are changing. There will be a period of transition, between staff, new leadership, and new relationships,” said Lilia McFarland Horder, a partner at Monument Advocacy.

The other side of the Capitol will also see new leadership on agriculture issues.

“If you look at agriculture generally speaking, I would say that it’s one of the more nonpartisan committees and it’s still as much as anything regional. You’re still going to have the same issues between different commodity groups and all those types of things, which didn’t really break down along party times,” said Todd Wooten, a partner at Holland & Knight.

Industry executives said whether it’s Scott or Costa, or someone else, there are challenges ahead.

Scott has been an advocate for the dairy industry on the Agriculture committee, while Costa has focused on milk, fruits and nut producers.

One agri-business lobbyist said that regardless of who chairs the committee next year, bipartisanship is likely to continue playing a strong role.

“Because of the dynamics of the committee, most people…who have been working with the committee over the years see their strength in a bipartisan way. Having access, being able to communicate throughout the committee on both sides of the aisle will continue,” the lobbyist said.

Horder said much of that credit goes to Peterson.

“Rep. Peterson is going to be very missed. He was a strong bipartisan leader who really invested in the next generation of committee leaders,” she said.

Fri Nov 6 , 2020
WhatsApp’s new payments system in action – WhatsApp WhatsApp will today begin rolling out its payments service across India as it aims to gain a slice of the country’s fast growing digital payments market. The Facebook-owned app said WhatsApp Pay in India will make transferring money “as easy as sending a message” […] 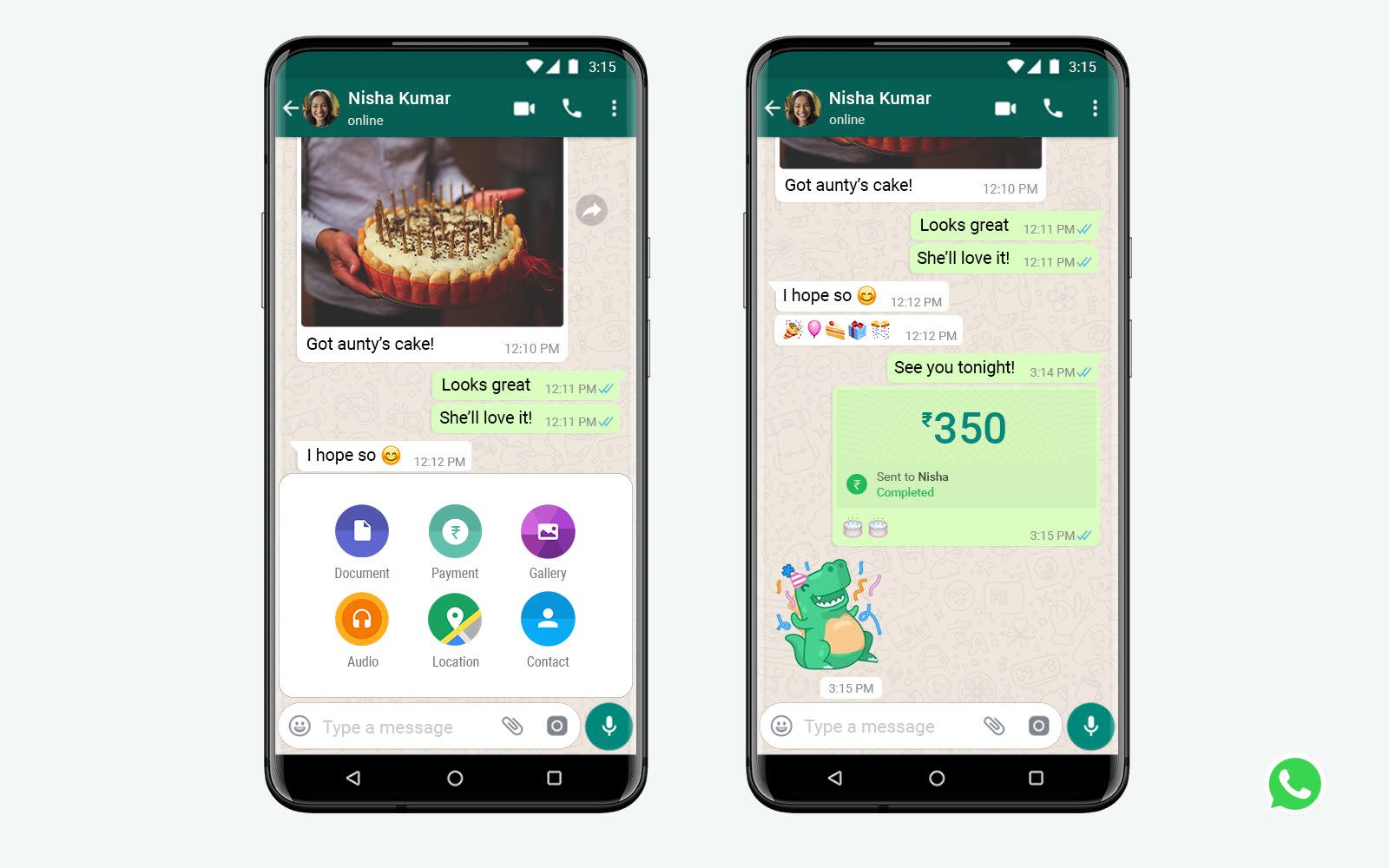