All visa holders in Australia have been subject to the country’s COVID-19 travel ban, apart from the exemptions currently in place for diplomats, maritime and air crew, and those simply transiting through the country for less than 72 hours. But since the end of August, there has also been an […]

All visa holders in Australia have been subject to the country’s COVID-19 travel ban, apart from the exemptions currently in place for diplomats, maritime and air crew, and those simply transiting through the country for less than 72 hours.

But since the end of August, there has also been an exemption in place for holders of the Business Innovation and Investment (Provisional) (BIIP) (subclass 188) Visa, which has had an “automatic exemption” on par with Australian citizens and permanent residents.

Prior to this date, Individual BIIP visa holders were still able to apply for an individual exemption of the travel restrictions.

The Australian Border Force (ABF), part of the Home Affairs superministry, was asked by the COVID-19 Select Committee why such visa holders were granted an exemption when others, such as holders of the Prospective Marriage (subclass 300) visa, have not been extended the same privilege.

“The Business Innovation and Investment Program targets migrants who have a demonstrated history of success or talent in innovation, investment, and business, and are able to make a significant contribution to the national innovation system and the Australian economy,” the ABF said in response.

“The value of the BIIP program to Australia’s economic recovery is clear through its focus on: Establishing and developing new and existing businesses, [commercialising] products and services and establishing high value businesses, and investment and job creation in the Australian economy.”

As at 14 September 2020, there were 10,591 BIIP visa holders outside of Australia. This figure includes both primary and secondary visa holders, the Department of Home Affairs added in its own response to questions on notice.

“The department has no information on how many of these visa holders wish to travel to Australia at this time,” it wrote.

From 1 August 2020 through to the automatic exemption being put in place 30 days later, 141 inwards travel exemption requests were received from BIIP visa holders. Of those, 31 were approved, 44 were refused, and 66 requests were “otherwise finalised”, which is government speak for those requests being withdrawn, duplicates, or insufficiently completed by the applicant.

Over that same period, a total of 22,071 inwards exemption requests were received by the ABF, with 3,619 so far being granted and 4,374 refused. These figures do not include automatic exemptions.

Elsewhere, the Department of Health expanded on the use of Australia’s COVIDSafe app in certain states.

During a hearing held in early August by the COVID-19 Select Committee, Secretary of the Department of Health Dr Brendan Murphy said that health services in Victoria were feeling “so pressured” that they decided not to use the app.

“They tried it initially in the outbreak. The community that was involved had a low download rate, and most of the early transmissions were in family gatherings where they identified the contacts anyway. So, because they were so pressured, they kept going without using the app,” he said at the time.

“They have now started using the app again, and we hope to see some of the successes we’ve seen in New South Wales recently with identifying otherwise unidentified contacts. But I think we’re having an app hearing in the future.”

Expanding on this, the department said that on 16 July 2020, the Victorian Department of Health and Human Services (DHHS) informed the Department of Health that they had paused using COVIDSafe app data. Health said DHHS was concerned that using the app’s data would contradict its requirements with privacy laws.

“DHHS were also concerned about whether the privacy laws prohibited access to COVIDSafe app data by contact tracers from interstate and third party providers who were assisting Victoria in their contact tracing efforts,” Health wrote.

“As a result, contact tracing interviews did not collect information, or access details of cases who had downloaded the COVIDSafe app, while the legal position was clarified.”

Health said DHHS confirmed that by 1 August 2020 it had recommenced using the COVIDSafe app data.

Wed Sep 30 , 2020
President Donald Trump (R) and Democratic presidential candidate Joe Biden (L) take part in the first Presidential Debate at the Case Western Reserve University and Cleveland Clinic in Cleveland. Photo: olivier douliery/pool/Shutterstock No one expected a Lincoln-Douglas debate, but did it have to be a World Wrestling Entertainment bout? Which […] 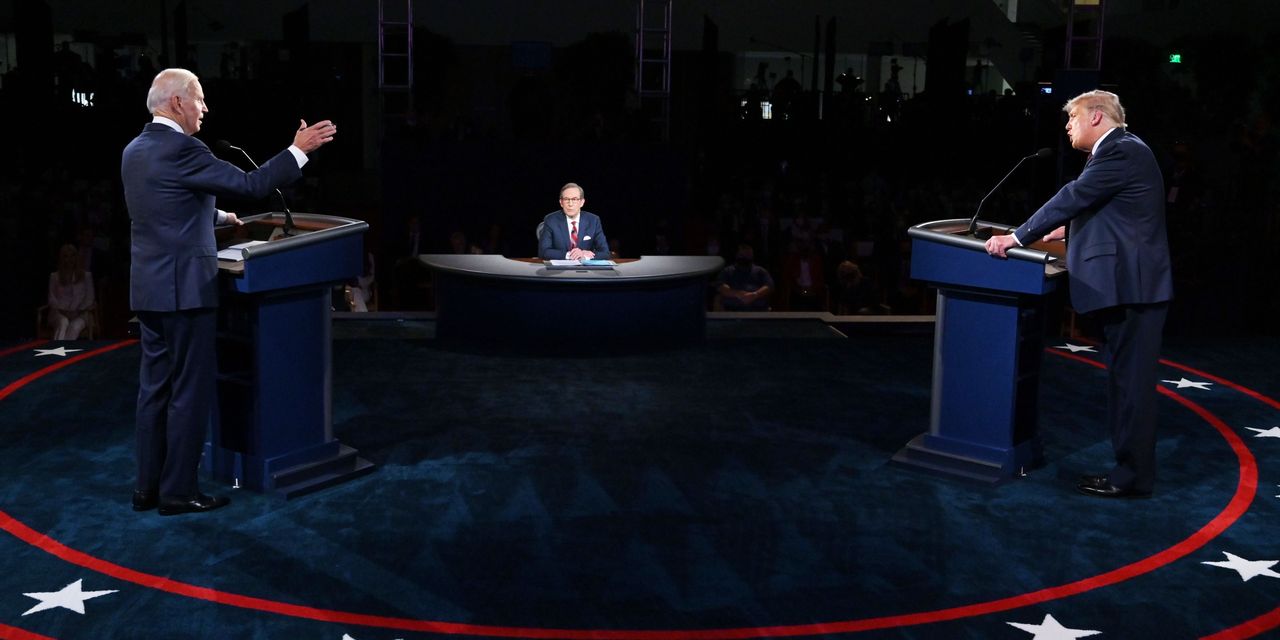