Starex Smith wanted to buy Black. But when the Miami-based food blogger and reviewer went to local grocery stores, he found only the same run-of-the-mill spices, mixes and ingredients. Where, he wondered, were all the flavorful ingredients that made up the cuisines of the Black diaspora from the Caribbean, the […]

But when the Miami-based food blogger and reviewer went to local grocery stores, he found only the same run-of-the-mill spices, mixes and ingredients. Where, he wondered, were all the flavorful ingredients that made up the cuisines of the Black diaspora from the Caribbean, the South and beyond — made by Black and minority entrepreneurs?

“How do Black entrepreneurs get into stores?” he wondered. “You make great products, but you can’t get in the door.”

So he decided to put it all in one place.

Smith, who blogs under the handle The Hungry Black Man, started MyBlackPantry.com, a website that brings together more than 2,000 food and cooking products from nearly 400 Black vendors across the country. Products are searchable and link off to the websites of each supplier. At some point, Smith hopes ads and vendors paying an additional fee to highlight their products will help monitize the site, which he launched last week with two employees.

“This website’s goal is to get eyes on these products and get them in to white and Black pantries,” Smith said.

Smith, who started his blog after a fateful “dining-while-Black experience” and co-founded the Center for Black Innovation, formerly known as Blacktech Week, put his loves of technology and food together again. He spent three months vetting food professionals’ products from Miami to Mendocino and uploading their products to My Black Pantry.

He ordered products to make sure they lived up to his standards. He read customer online reviews of how the businesses followed through. He spoke directly to the artisans to hear their stories.

“We’re not slapping people on there just because they’re black,” he said. “They had to be products that people would want.”

What he found was a variety of products made by Black entrepreneurs not even he knew existed.

Fort Lauderdale’s Keith Lorren was already selling his The Spice King line of seasonings in 2,000 stores across the country, including 1,000 Walmarts. But he said he wanted to have his products on a platform for those who specifically wanted to support Black-owned business.

“This was a no-brainer for me because a lot of people want to support minority-owned businesses, not just for the racial aspect of it, but for the diversity of flavors,” Lorren said.

Lorren’s spices show exactly what a Black-owned spice business can provide. His grandfather created the flavors behind Gene Johnson’s oyster shack, a St. Augustine eatery that was backed by white supporters even before integration, and he bottled those flavors.

“It gives you the flavors like if your grandmother spent hours cooking down ham hocks and necks to give you that deep flavor,” Lorren said. “I grew up with this culture and I wanted to bottle those flavors.”

Chicago’s Antonio Riley hoped My Black Pantry would be a way for others outside his Homewood, Illinois, clients to taste the Riely’s Ribz barbecue sauces that started with family cookoffs.

“It’s a big opportunity for us to open up to other markets,” Riley said.

Smith hopes discovering the variety of products produced by Black-owned companies will open up eyes — just as it did his.

“Ultimately, I want this site to be a one-stop shop for people to discover and support Black products,” he said.

Wed Sep 9 , 2020
BURLINGTON COUNTY, NJ — While the coronavirus pandemic threatens to cancel ceremonies honoring the lives lost in the Sept. 11, 2001 terrorist attacks on the Pentagon and the World Trade Center, the opposite is happening in Burlington County. For the first time, Burlington County will host a countywide 9/11 Remembrance […] 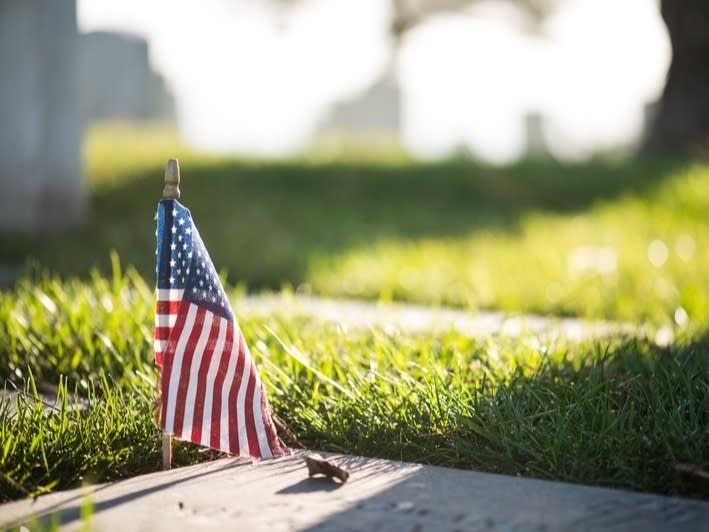