Sally Mayes, Aisha de Haas, Telly Leung, and Meri Ziev are just a few of the artists finding ways to provide online entertainment and humanity during tough times. The time has flown by, and yet it has crawled by – it’s a day-to-day experience that each individual is handling in […]

The time has flown by, and yet it has crawled by – it’s a day-to-day experience that each individual is handling in their own way. Through difficult times, many of the artists of the cabaret and club industry have continued to create music in various ways, learning the technology needed to make each new creation happen, and then bringing new art into the world. IT’s a way to nurture their artistic instincts, to inspire their fans, and to feel connected to a world that reaches beyond the homes where many of them continue to remain socially distant. While other performers have been lucky enough to find outdoor venues, and guideline protected places to perform, these isolation creations have become the norm, with regularly scheduled programming online, combined with music videos of all natures being released as often as each individual performer is able to make it happen.

Here are some of the Isolation Creations born out of the current global health crisis that have caught the attention of this writer who is always looking to see what the members of industry have been up to.

Nicolas King and Tom Vibes – Too Close For Comfort: Nicolas King has been beyond busy since the show business shutdown in March, appearing in a weekly online concert with Mike Renzi, performing from his home piano on his Instagram page, and even recording a new album under covid-protection guidelines. Among his by-remote projects are this recording of a famed jazz standard with up-and-coming musician Tom Vibes. Follow Nicolas on Facebook HERE and at his website HERE

Sally Mayes – You’re Aging Well: The Tony Award nominee and burgeoning musical theater writer Sally Mayes has remained closely-knit to her husband and son during the lockdown – a perfect time to do some writing on her Broadway-bound musical, but also a great occasion to make some music videos. After a project involving the music of three famous composers, and a music video with Scott Evan Davis, Sally made this video to her recording of a Dar Williams song. Follow Sally on Facebook HERE

Aisha de Haas – A Tisket a Tasket: One of the cabaret and club industry’s great jazz singers, de Haas was the recipient of a Bistro Award just one week before the New York City lockdown. During the first months of quarantine Sandi Durell reached out to her friends in the biz, asking them to submit musical moments for the fans of THEATER PIZZAZZ. Ms. de Haas provided a swingy recording of a famous tune from the past. Visit the Aisha de Haas website HERE

Willem Butler – Maria: Willem Butler participated in the Broadway World singing competition NEXT ON STAGE and was the first ever college winner of the online singing contest. The Elon University alum sang, virtually, six times for the show and one of the numbers that helped advance him in the competition was this tune from West Side Story. Two days ago he released this music video shot in the great outdoors. See Willem’s YouTube channel HERE

Deborah Stone – On Guitar: Always optimistic, singer Deborah Stone used her social media during the first months of quarantine to post uplifting messages to her followers. On day she started playing around with Facebook Live and making music, to the delight of fans and followers. This refreshing YouTube video was the result of some technical snafus on the Facebook Machine, and now anyone can get a catch the troubadour in action any time they like. Visit the Deborah Stone website HERE

Telly Leung – Zoom With You: Broadway star and front man of his own nightclub combo, Telly Leung has had a prolific presence online these last several months. Whether producing inspirational workout videos for fans on Facebook, performing in streaming concerts, encouraging people to vote, or making music videos from home, Telly has not let his fans down for a moment. Here is his latest video and HERE is the Telly Leung YouTube channel.

Carole J. Bufford & Peter Calo – Bridge Over Troubled Water: Before deciding to take a Face-break, incomparable Carole made daily postings of the things in her life that made her grateful. Those public gratitude journals helped many others to see the things in their own lives for which they should feel thankful. Emerging after her time off of social media, Bufford and colleague Peter Calo continue to inspire with a music video that has caught the attention of many. Visit the Carole J. Bufford website HERE.

Meri Ziev – New Words: From her home in Florida, Meri Ziev has stayed active in the community, supporting and promoting the works of others, especially The Cabaret Project of St. Louis, whos fundraising efforts she championed through extensive efforts. After witnessing the VIrtual Cabaret Convention, Meri released this video of her lovely performance created in the early days of quarantine. Visit the Meri Ziev website HERE

Blaine Alden Krauss: Blaine Alden Krauss took some time during the shelter in place order to sort through some things in his mind, in his heart, and what came out of that time was this wonderful, epic concert he live streamed from a safe-zone in Manhattan, where all the musicians were protected. The concert, A Moment of Clarity, has been one of the highlights of the year. Follow Blaine on Instagram @blainekr and on Facebook HERE.

Gabrielle Stravelli – I Won’t Dance: This jazz artist wasted no time taking her skill and knowledge to the net. Gabrielle created an online chat show called The Early Set with Gabrielle, and she visits, virtually, with other artists of the industry, talking about their work and their passion for jazz. Gabrielle recently streamed a concert through Radio Free Birdland and four days ago released this number, recently recorded. You can’t keep Gabrielle down, she will always rise. Visit Gabrielle’s website HERE.

Ava Nicole Frances – Covida: This teenage prodigy has created not one but two quarantine music videos – this parody video and one for her recording of anthem ONE WORLD. Frances is currently in the top ten of the latest round of Next On Stage, so fans can expect to see a lot of her in the future. Visit the Ava Nicole Frances website HERE

Jason Gould – Damage (ft. Tia P. ) and The First Time Ever I Saw Your Face: Singer-songwriter Gould has maintained an optimistic presence on his social media, providing messages of hope and information, as well as two music videos created in quarantine. His video for Damage debuted one month ago, and his latest, a music video that he dedicates to the earth, only four days ago. Visit the Jason Gould website HERE.

Darnell White – All The Feels Vol. 1: Singer-songwriter, arranger/musical director White, paired with the Sensible Theatre Co. to create an entire hour of musical performances by some of the valuable gig workers who make up the community. To demonstrate that he is also a leader in the fight against Coronavirus, Mr. White included, in his video, a list of all the precautions taken to protect his collaborators. Follow Darnell on Facebook HERE.

Turner & Grusecki – What I Miss: Anya Turner and Robert Grusecki are singer-songwriters who just can’t stop producing work. For the duration of the global health crisis, the duo has released periodic music videos of them performing songs, all of which has been created since March. Their latest really speaks to the way the club industry and patrons are feeling right now… and all of Manhattan. Visit the Turner & Grusecki YouTube channel HERE.

From This Author
Stephen Mosher

Mon Oct 26 , 2020
In September, 865,000 American women quit working permanently or indefinitely, compared to just 216,000 men. The toll of COVID-19 is so much wider than physical health, and that toll is being paid overwhelmingly by women, who are both more likely to work in industries impacted by the pandemic and more […] 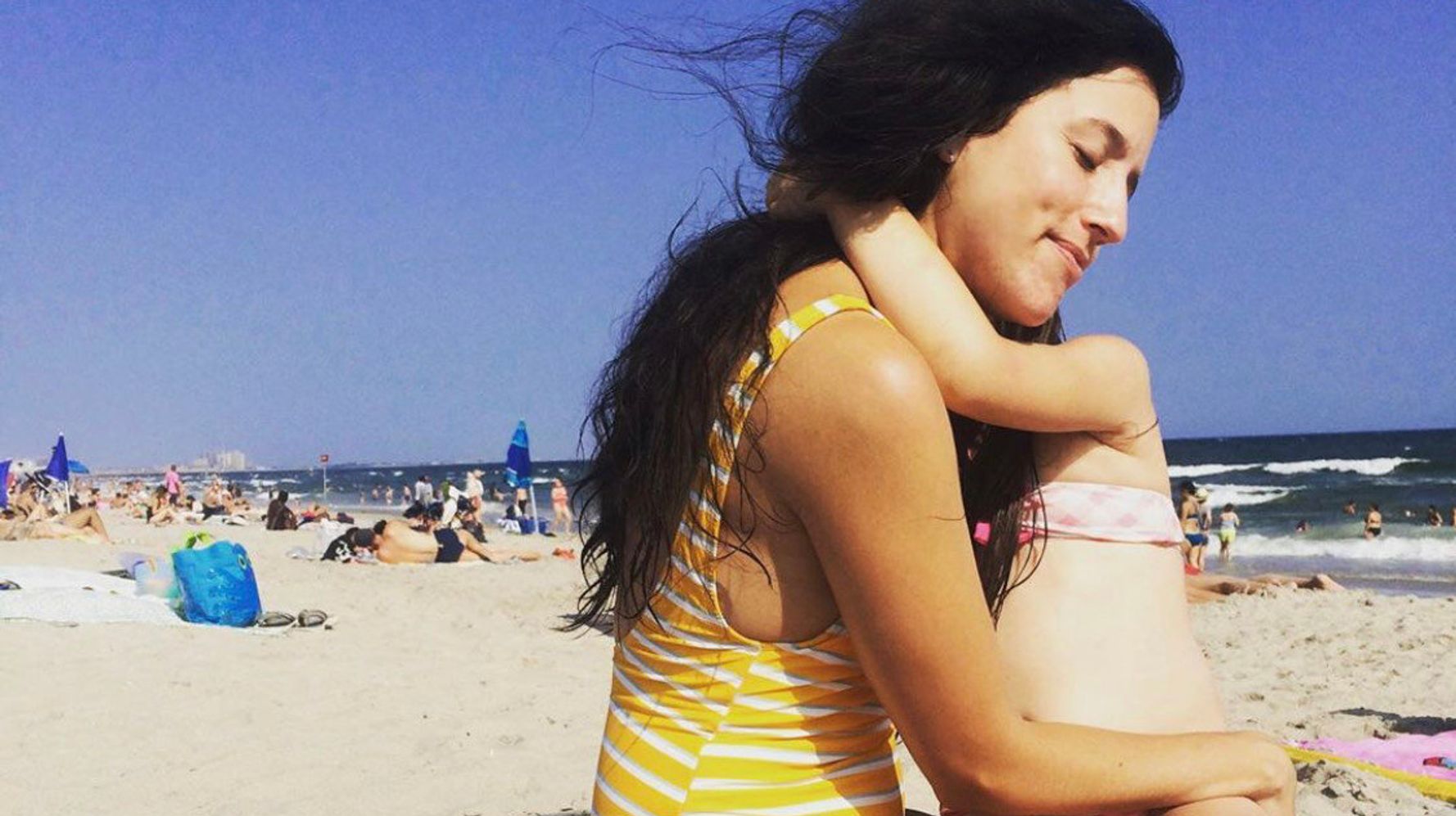