The novel coronavirus pandemic has now killed more than 570,000 people worldwide. Over 13 million people across the globe have been diagnosed with COVID-19, the disease caused by the new respiratory virus, according to data compiled by the Center for Systems Science and Engineering at Johns Hopkins University. The actual […]

Over 13 million people across the globe have been diagnosed with COVID-19, the disease caused by the new respiratory virus, according to data compiled by the Center for Systems Science and Engineering at Johns Hopkins University. The actual numbers are believed to be much higher due to testing shortages, many unreported cases and suspicions that some governments are hiding or downplaying the scope of their nations’ outbreaks.

The United States has become the worst-affected country, with more than 3.3 million diagnosed cases and at least 135,477 deaths.

Here is how the news is developing today. All times Eastern. Check back for updates.

The number of COVID-19 cases globally surpassed 13 million early Monday evening. There have been 13,006,764 confirmed cases of the virus worldwide, according to Johns Hopkins University.

The COVID-19 death toll currently stands at 570,776 worldwide, according to JHU. The U.S., Brazil and India have the highest number of cases.

Dr. Marc Boom, president and CEO of Houston Methodist Hospital, told ABC News last week, “shortly after Memorial Day, when we saw a lot people let their guard down and sort of act like nothing had happened, we really began to see this surge and it just grew and grew.”

“The answer is actually really easy on how to stop it — we know what works,” Bloom said. “We know that social distancing works. We know that masking works.”

“Keep wearing that mask,” he said. “It’s such a small sacrifice.”

As the pandemic intensifies in California, Gov. Gavin Newsom said Monday he is closing all bars and all indoor restaurants statewide.

Also among the indoor businesses that must close are wineries, movie theaters, zoos, museums, family entertainment centers and card rooms.

Newsom said California is seeing hospitalizations rise, a modest increase in ICU cases, and an increase in the rate of positivity.

JetBlue is joining Delta and Southwest in extending its empty adjacent seat policy.

“JetBlue has extended its guarantee of blocked middle seats on larger aircraft and blocked aisle seats on smaller aircraft for flights through 9/8/2020, which includes the Labor Day holiday,” the airline said. “Traveling parties of three are still allowed to occupy a row together by request.”

Middle seats will be open on Delta and Southwest through Sept. 30.

American and United have said they will sell all seats on their planes.

In Los Angeles, where coronavirus cases are on the rise, public school students won’t have in-person classes when the school year starts in August, the superintendent said Monday.

“The health and safety of all in the school community is not something we can compromise,” Austin Beutner, superintendent of the Los Angeles Unified School District, said in a statement. “The news about the spread of the virus continues to be of great concern. Last week was the worst yet in the Los Angeles area. The rate of those who tested positive for the virus is approaching 10%, well above the level of 5% the World Health Organization guidelines say is appropriate for communities to reopen.”

“Children need to be in school to get the best possible education. The right way to reopen schools is to make sure there is a robust system of testing and contact tracing to mitigate the risk for all in the school community,” the superintendent said.

“More detailed information about both online and at-school programs will be shared in the coming weeks with final plans by the first week in August. While the school year will begin without students at school facilities, our goal is to welcome students back to school as soon as it is safe and appropriate for us to do so,” Beutner said.

World Health Organization (WHO) Director-General Dr. Tedros Adhanom Ghebreyesus warned Monday, “if the basics aren’t followed there is only one way this pandemic is going to go: it’s going to get worse and worse and worse.”

“The virus remains public enemy #1, but the actions of many governments and people do not reflect this,” Tedros said. “Mixed messages from leaders are undermining the most critical ingredient of any response: trust. If governments do not clearly communicate with their citizens and roll out a comprehensive strategy focused on suppressing transmission and saving lives, if populations do not follow the basic public health principles of physical distancing, hand washing, wearing masks … and staying at home when sick.”

He added, “I want to be straight with you: there will be no return to the old normal for the foreseeable future.”

On Sunday, 230,000 cases of the coronavirus were reported to the WHO, and half of those cases came from just two countries.

The Americas, south Asia and several countries in Africa are in the intense transmission phase of the pandemic, Tedros said

12:43 p.m.: Cuomo issues order requiring some travelers to give their contact info

MORE: Anxiety, depression increasing among mothers during the COVID-19 pandemic

The governor said this order is to help enforce the mandatory quarantine for people traveling to New York from high coronavirus states.

“You are not a hermetically sealed bubble,” Cuomo said, adding that those who do not comply will be fined $2,000.

Coronavirus cases are surging in Arizona, where ICUs are 90% full, according to the Arizona Department of Health Services.

“The shipment will bolster state supplies with added capacity to treat thousands of additional patients, if needed,” Ducey tweeted.

One month after reopening, Hong Kong Disneyland will temporarily close beginning on Wednesday to comply with the Hong Kong government’s social distancing rules.

The new rules, announced on Monday, limit gatherings to no more than four people. The previous guidelines allowed gatherings of up to 50 people.

Florida’s number of coronavirus cases has jumped by 12,624, reaching a total of 282,435. This marks the state’s second highest daily total, according to the Florida Department of Health.

MORE: The heart: Before, during and after COVID-19

The Florida Department of Health reported 15,300 new cases of COVID-19 on Sunday, making it the highest one-day total for a state in the U.S. since the pandemic began.

For the first time since March, no one with a positive coronavirus lab test was reported dead in New York City on Saturday, which Mayor Bill de Blasio on Monday called “so striking and so moving.”

But he added at Monday’s news conference, it’s “very hard to take a victory lap because we know we have so much more ahead.”

“Even though we have overall seen a huge reduction in the presence of the coronavirus in this city, we do see one trend that is worrisome: for young adults we see the infection rate rising,” de Blasio said, especially those ages 20 to 29.

De Blasio announced new guidance that New Yorkers should wear a face covering as much as possible when around other people in an indoor setting that is not their home.

Of those getting tested in New York City, 2% are testing positive, de Blasio said.

“We have a very small capacity in our ICUs. We have the ability to grow that capacity, but it’s something that’s extremely worrisome,” Suarez said. “We just crossed the threshold for the highest number of [people on] ventilators that we’ve had in the history of this virus.”

Suarez said over 200 ventilators were in use as of Sunday in Miami.

Russia has confirmed 6,537 new coronavirus infections on Monday which brings the country’s official number of cases to 733,699.

Russia also reported that over the past 24 hours 104 people have died bringing the total death toll to 11,439.

Additionally, a total of 2,960 people recovered over the last 24 hours which brought the total number of recoveries to 504,021.

Mexico has now surpassed Italy in number of deaths from the novel coronavirus with a total of 35,006 deaths confirmed in the country so far.

The United States remains by far the worst affected country in the world with 135,176 deaths followed by Brazil with 72,100 confirmed COVID-19 deaths and the United Kingdom which has had 44,904 deaths so far.

Mexico now sits fourth when it comes to number of deaths and sits just ahead of fifth-highest Italy which has had 34,954 die due to complications of the virus.

LAUSD To Keep Campuses Closed, Despite Trump's Push To Reopen 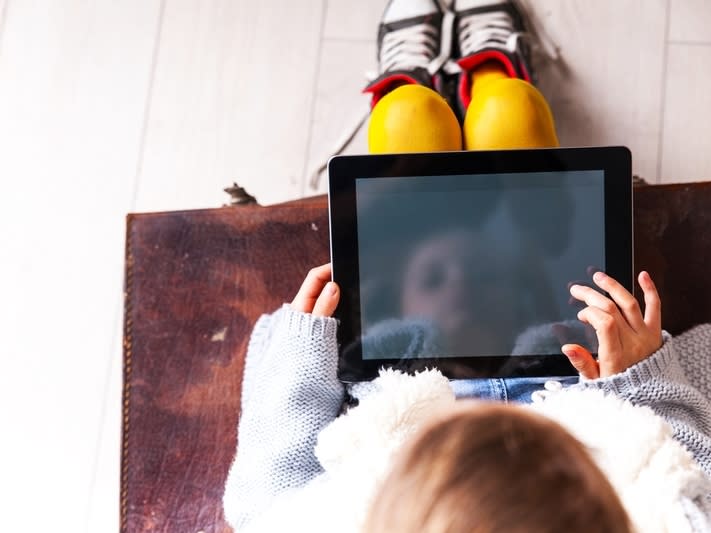