Hospitality has been shut for a month (AFP via Getty Images) It has been a long few weeks. The capital had just got back into the swing of returning to some form of normality before the latest lockdown was imposed from November 5. But it now appears business lunches could […]

It has been a long few weeks. The capital had just got back into the swing of returning to some form of normality before the latest lockdown was imposed from November 5.

But it now appears business lunches could be back on the cards for Londoners from December 2.

The Government revealed on Thursday that the capital, which has latest Covid rates as diverse as Camden’s 97 cases per 100,000 and Redbridge’s 300 cases per 100,000, will be placed under updated Tier 2 restrictions from next week.

What does this mean for the much-missed business lunch, or even a cheeky business dinner?

As we know, business lunches don’t just make us feel happier about going to work, but allow people the chance to make important connections and deals that eventually help further careers.

Here we outline the situation:

Can I go for a business lunch in London under Tier 2 restrictions?

Pre-lockdown, under the less stringent original Tier 2 restrictions placed on London, the Government had created a specific exemption allowing workers without any office space to hold business meetings indoors in hospitality venues.

But the official advice was still for office workers to avoid business lunches in restaurants and pubs, in favour of virtual or in-office meetings. However, that was not enshrined in law.

Many hospitality venues publicly announced they would take any business lunch booking, not just from freelancers, and industry leaders insisted the working lunch – complete with wine and sides – was imperative to revenues at a time of already hindered trading.

This time around the situation appears to be similar.

In its official guidelines to the new Tier 2 restrictions published online this week, the Government stated: “Public attendance at spectator sport and business events can resume inside and outside, subject to social contact rules and limited to whichever is lower: 50% capacity, or either 2,000 people outdoors or 1,000 people indoors.”

A Number 10 spokesperson told the Standard that the paragraph refers to wider changes around structured business events, about which more information is shortly to be released by Government, rather than to business lunches.

On informal business meetings, or business lunches, the spokesperson said that work meetings that need to take place face-to-face are exempt from gathering restrictions. She again highlighted the fact that some people, such as the self-employed and freelancers, may not have a workplace to conduct such business meetings, and so could do so in a hospitality setting.

The spokesperson did not confirm whether or not office workers are definitely allowed to meet each other in a hospitality setting for a meeting.

So what does this mean?

This in effect means that a business meeting is the only permitted way to meet anyone outside your household in an indoor hospitality setting under Tier 2.

The rules say that otherwise Londoners “must not socialise with anyone you do not live with or who is not in your support bubble in any indoor setting, whether at home or in a public place”.

Outside meetings of up to six people are allowed.

Can I go for an after work drink in Tier 2?

Sadly not. The guidance states: “Hospitality venues can only serve alcohol with substantial meals.”

There was a lot of debate, following a similar situation in the US, over what would be classified as a “substantial meal”. There were reports of New York bars offering a plate of cling-filmed sandwiches at the door for each customer, in order to bypass the rules.

But the Government appears to have foreseen this issue.

Under new Tier 2 rules the Government has clearly stated that “pubs and bars must close, unless operating as restaurants”.

Last orders will be at 10pm, but venues can stay open until 11pm.]

Can I stay in a hotel on a business trip?

Hotels are now also open under Tier 2, with overnight stays permitted, although only within your household or support bubble.

Am I supposed to work from home under Tier 2 restrictions?

Yes. Despite the new information on business lunches, the Government advice is still to work from home if possible, and to travel as little as possible.

Tier 2: City of London seeks clarity on when office staff can return

Ways to keep your information safe this holiday shopping season

Thu Nov 26 , 2020
MILWAUKEE (CBS 58) – The holiday shopping season is now underway. “Shoppers going to plan to spend $998 this holiday season which is a significant amount of money,” Wisconsin Better Business Bureau Southwest Regional Director Tiffany Schultz said. Before shoppers go to the stories or click purchase on their phones, […] 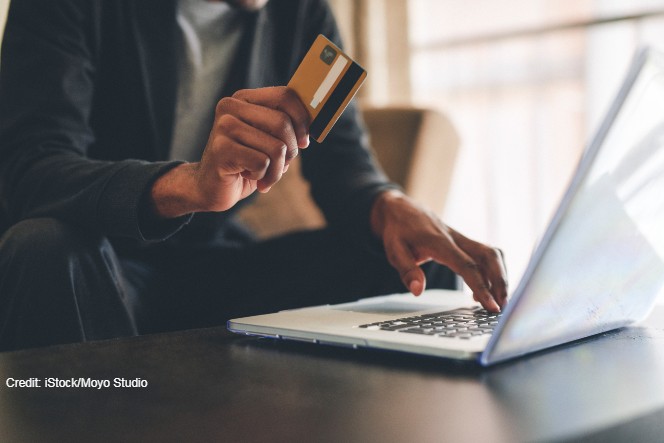