Click here to read the full article. Hello, and welcome to International Insider, Jake Kanter here. Well done on making it to Friday, here are the six things we want you to know about the global film and TV business this week. If you want to subscribe, sign up here. 1. […]

Hello, and welcome to International Insider, Jake Kanter here. Well done on making it to Friday, here are the six things we want you to know about the global film and TV business this week. If you want to subscribe, sign up here.

Andreas Wiseman reports: The Cannes virtual market got underway this week and has largely been heralded as a success by those we’ve spoken to. There have been inevitable tech hiccups given the unprecedented nature of the undertaking but on the whole, buyers have been impressed by the volume and quality of projects and the operation itself. “It’s great to see how resourceful Cannes, the agencies and sales agents have been to make this happen,” one leading international buyer text me this morning.

Big names, big deals: Bill Murray, Emma Roberts, Ruth Wilson, Olivia Colman, Demi Moore and Michael Shannon all joined new movies, and the market looks set to see a record-breaking deal for Will Smith starrer Emancipation with bids in the $75M+ range. With the global pandemic continuing to disrupt business and travel, we may see the Cannes virtual template adopted by other markets, such as AFM. Toronto announced an online market to accompany its scaled-back festival.

Lightning strikes thrice: June 2020 will be remembered as the month that BAME creatives in the film and TV industry rose together and said enough is enough. Their message was simple: End systemic racism and tell our stories on screen. Thousands rallied to their cause by signing two separate open letters, which can be read in full here and here. Steve McQueen also added his voice, writing in the Guardian: “I’m just totally exasperated about the historical lack of effort. Now is the time for real change.”

Immediate impact? In what looked like a nifty bit of timing from the BBC in the hours after the letters were circulating, the broadcaster presented plans to carve out £100M ($125M) from its content budget and spend it on “diverse and inclusive content.” To put that into some context, that’s more than double BBC Three’s annual budget — the same BBC Three that gave the world Normal People and Fleabag. The devil will be in the detail, but it was warmly welcomed by campaigners.

State of play: The TV industry, in particular, has made progress in recent years. February’s benchmark Creative Diversity Network report found that BAME presenters and actors are “highly represented” on-screen. But — and it’s a big but — representation was lagging among writers, directors and producers. What’s more, you don’t need to have the CDN’s knowledge bank to work out that the content chiefs at the BBC, ITV, Channel 4, Channel 5, Sky and UKTV are all white.

The bottom line: Mcqueen talked about “fast-track training” young talented kids, and that is part of the solution. But ultimately, if the industry is serious about change, senior jobs must go to people from diverse backgrounds. People with the clout to banish weak excuses, call out inequality, and empower BAME filmmakers. As industry veteran Pat Younge put it: “Diversity is having lots of different people at your party, but inclusion is about letting them be the DJ.”

3. Back To The Cinema

The wait is nearly over: UK film fans will have celebrated news this week that the government has given the final green light for cinemas to reopen from July 4. In the last few days, multiplex chains Odeon and Showcase both laid out their plans for re-opening (the latter in a helpful video), featuring extensive coronavirus safety procedures, including something called an “anti-viral fogging machine.” Meanwhile, Cineworld CEO Mooky Greidinger found himself in hot water after saying staff would be made to wear PPE masks but guests would not, with workers’ groups claiming this was unsafe.

Masks not mandatory: On Thursday, the UK Cinema Association finally published its safety guidelines, drawn up with the government, which make it clear that masks will not be enforced. That will leave it in the hands of individual chains to make the call on what’s necessary. What remains to be seen, however, is whether anyone actually turns up at the re-openings. It’ll be classics and re-releases for the first couple of weeks, before Russell Crowe thriller Unhinged arrives July 17. Disney’s Mulan on July 24 (though there are fresh doubts about that date) and Warner’s Tenet, now August 12, are the key beacons of hope.

4. The View From Germany

The coronavirus conundrum: German producers have faced the same issues as counterparts in the UK and the U.S. in terms of shutdowns and insurance nightmares. But there are a couple of key distinctions: some huge studio shows managed to remain in production at the height of the pandemic — like Dancing With The Stars adaptation Let’s Dance (pictured) — and the Germans are now wading through the sticky issue of restarts far quicker than some foreign peers.

Risk and reward: Markus Schäfer, the boss of All3Media Deutschland, told me that recent months have been a “huge effort” but Let’s Dance was rewarded with decade-high ratings, and high-end dramas, such as All3’s remake of ITV’s Joanne Froggatt thriller Liar, are back in production — albeit with increased costs and longer shoot schedules. Read the full interview here.

German efficiency: There is little doubt that Germany’s response to the pandemic has helped producers, with its mixture of a light-touch lockdown and sophisticated track and tracing keeping the virus under control. The German government’s federal structure has also been a factor, with filming allowed to continue in some regions. Martin Moszkowicz, chairman of producer/distributor Constantin Film, told a Deadline virtual event this week that he avoids complaining too much because “we have been extremely lucky in handling the crisis.” Watch it here.

The pursuit of production: Filming restart stories have been a regular feature of this newsletter, and we don’t let you down this week. I revealed yesterday that the BBC’s Lily James drama The Pursuit Of Love and Fox’s Daisy Edgar-Jones vehicle War Of The Worlds will be among the first pandemic-era TV drama shoots to take place in the UK. Go deeper.

Troubling news from Russia, where prominent director Kirill Serebrennikov has been found guilty of embezzlement despite widespread condemnation of the trial as “politically motivated.” He could face six years in prison and will be sentenced later today.

Bad egg? Netflix clucked new life into Aardman’s Chicken Run this week, taking the global rights to the 20-year-old animation’s sequel feature. But in an awkward bit of timing, the news surfaced as Winona Ryder leveled fresh allegations of antisemitism at Mel Gibson, who starred in Chicken Run as Rocky. He denies the claims, but will Netflix tell him to get stuffed? Full story here.

Disney channels disappear: Disney shocked many when it said it would be closing its three UK kids channels in September. Disney Channel, Disney XD and Disney Junior will come off pay-TV platforms Sky and Virgin after what analyst Enders described as a “horrific drop in viewing” over the past decade. Disney pointed to Disney+ as its weapon in the war for eyeballs, but Enders still thinks the decision is “before its time.” Here’s the story.

Brits feather nest: Grantchester actor Tom Brittney, who will next be seen alongside Tom Hanks in WWII war movie Greyhound, has partnered with actor and writer Oliver Powell (Devs) to form TV and film production company Wild Nest Pictures. They already have their first project too — an adaptation of The Mayfair 100 with Patrick Melrose outfit Little Island Productions. Andreas has the story.

And finally, who will play Boris Johnson? That’s the question on everyone’s minds after Fremantle announced that it is working with Michael Winterbottom and True Detective‘s Richard Brown on the story of the UK prime minister’s coronavirus crisis. Read all about it.

Euro-trash: The Eurovision Song Contest may have been canceled this year, but Netflix serves up the next best thing today: Will Ferrell manchilding it up in homage to the camp talent show that brings joy to millions around the continent. Eurovision Song Contest: The Story Of Fire Saga is not subtle, and at two-hours long, is as stretched as some of Ferrell’s manhood-bulging costumes, but it delivers plenty of ballads and belly laughs. Eurovision superfans will appreciate director David Dobkin’s obvious affection for the contest, while there’s also a basket-load of Easter eggs, not least a musical number studded with former winners and a cameo from Graham Norton. Here’s Pete Hammond’s verdict.

Talking of Europe: My colleague Tom Grater recommends Season 3 of Netflix’s German drama Dark. He says: “The ‘final cycle’ of Wiedemann & Berg TV’s mind-bending time travel series debuts on Netflix this weekend, and if like me you devoured the first two seasons (twice in my case) you will be champing at the bit to find out how they are going to wrap this one up. Will Sic Mundus win the war? Will Jonas go all Game Of Thrones with Martha? Will someone cancel the apocalypse? Will any of it actually tie together and make sense? Find out June 27.”

Fri Jun 26 , 2020
(Bloomberg Opinion) — Suppose you’re on a trip overseas and you need to buy a shirt, but you don’t know any of the brands. You see two shirts in a store that both look pretty good, but one costs twice as much as the other. You might assume that the […] 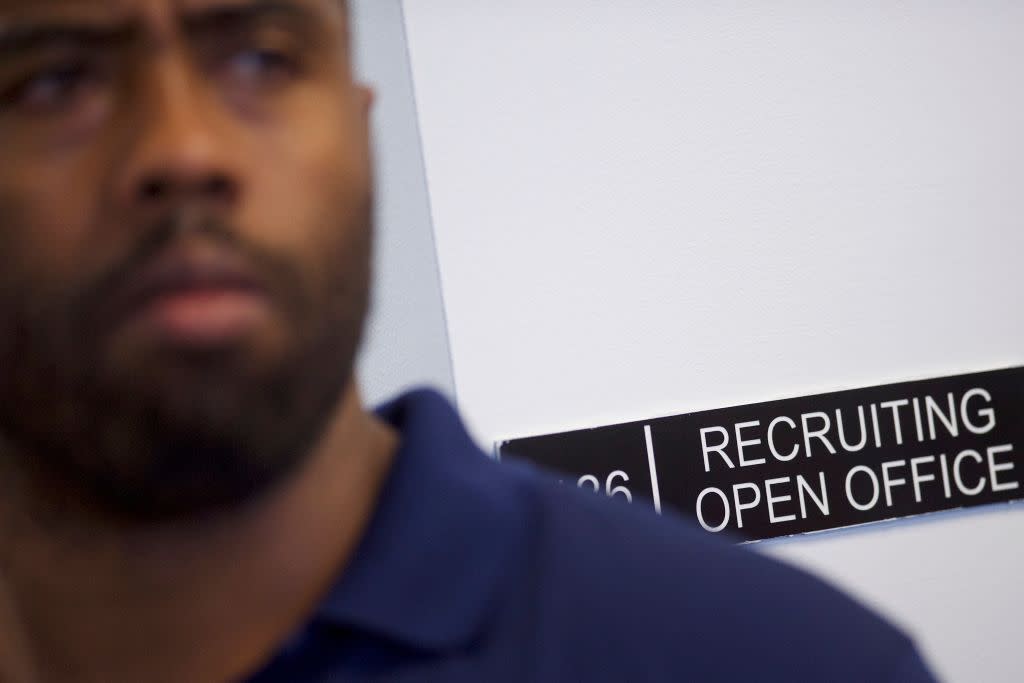