Finance chiefs across industries are facing a common challenge: Predicting whether pandemic-driven shifts in customer demand and consumer behavior are here to stay. The task, which is part of the budgeting process for 2021, in many cases means placing a bet on what they expect the future will look like—and […]

Finance chiefs across industries are facing a common challenge: Predicting whether pandemic-driven shifts in customer demand and consumer behavior are here to stay.

The task, which is part of the budgeting process for 2021, in many cases means placing a bet on what they expect the future will look like—and what they think their companies should spend on plants and other big-ticket items.

Capital expenditures are investments in assets such as land, buildings and technology that companies use to generate growth. Executives often make these longer-term spending plans covering multiple years.

The Morning Ledger provides daily news and insights on corporate finance from the CFO Journal team.

The pandemic has made the call much harder. “They look at their projects, they look at their capex, and they don’t know where things are going to be in the future,” said Mark Gottfredson, a partner at advisory firm Bain & Co.

Finance chiefs are responding by closely monitoring changes in consumer buying patterns and running more scenarios than they have in the past to model future demand, executives said. Some are looking at previous forecasts for 2021 and beyond to see if they can accelerate or bolster existing spending plans, especially in industries that have fared well during the pandemic. Executives in sectors that are suffering, for example hospitality or travel, are doing the opposite: Slashing their companies’ capex budgets to preserve cash and postponing investments until later.

, which has seen especially high demand for its disinfecting wipes in recent months, is adding lines at plants in Georgia and Maryland to produce more wipes and solutions for electrostatic machines that clean surfaces, for example in schools or hospitals.

The Oakland, Calif., company is increasing its spending target for capex in fiscal 2021 to between 4% and 4.5% of sales revenue, up from its 3% to 3.5% range in previous years. That is to meet what Clorox’s management believes will be higher demand going forward, Chief Financial Officer

Companies are also increasing investments in regional distribution centers, as retailers look to reduce the distance traveled by trucks to deliver their goods, said Josh Nelson, an associate principal at consulting firm

has been among the most aggressive investors in logistics and distribution globally. The company, whose sales have soared in recent months, spent $25.3 billion on capex during the first nine months of 2020, or about 50% more than during all of 2019.

The Seattle-based online retailer moved up investments that were initially scheduled for 2021 to meet demand and reduce shipping delays, CFO

said on a recent earnings call. Amazon earlier this year said it planned to spend more on capex in 2020 than in 2019, when it invested $16.9 billion, but didn’t disclose a target for 2020. Amazon declined to comment on its capex budget for the year ahead.

“We’ve got to play the hand that we’re dealt,” Mr. Olsavsky said on the earnings call. The company’s spending on transportation could remain elevated for years to come, he said.

Other companies are investing in their supply chains.

known for its plastic clogs, is building out its distribution centers in Ohio and the Netherlands because of an increase in online sales, said

the company’s CFO. Crocs plans to spend about $50 million on capex this year, roughly on par with 2019, Ms. Mehlman said. She declined to comment on the budget for 2021.

At the same time, CFOs on the other end of the economic spectrum, in industries such as energy, hotels and airlines, are being forced to revamp their capex budgets. They have to weigh the need to conserve cash without choking off growth. “It’s a fine balance,” said Hackett’s Mr. Nelson, adding that companies face the risk of potentially missing the target on the right level of investment, which could harm their business.

Industrial firms, such as manufacturers and auto makers, are forecast to slash capital spending by between 20% and 30% in 2020, according to a recent report from Bain, which analyzed 935 companies. By comparison, industrials slashed their capex budgets by an average of 34% between 2008 and 2010, Bain said.

cut its 2020 budget by around 20% amid a drastic fall in oil prices and plans to reduce its spending plans by 26% next year and through the middle of the decade.The San Ramon, Calif., company said this month it would spend $14 billion next year and no more than $16 billion a year through 2025. It previously had said it would allocate $19 billion to $22 billion a year through 2024.

this year had planned to remodel the rooms at its namesake Las Vegas resort and casino, but put those plans on hold in the spring in an effort to shore up cash. The company in November reported a $1.8 billion loss for the first nine months of the year, compared with a $195.9 million profit for the same period in 2019.

said last month on an earnings call. “We are only proceeding with the highest priority projects,” Mr. Billings said.

Wed Dec 16 , 2020
Facebook took out full-page ads in newspapers like The New York Times blasting part of Apple’s new software update, which will make it more difficult for Facebook to target users with ads. The update will require app developers including Facebook to ask users for permission to collect and track their […] 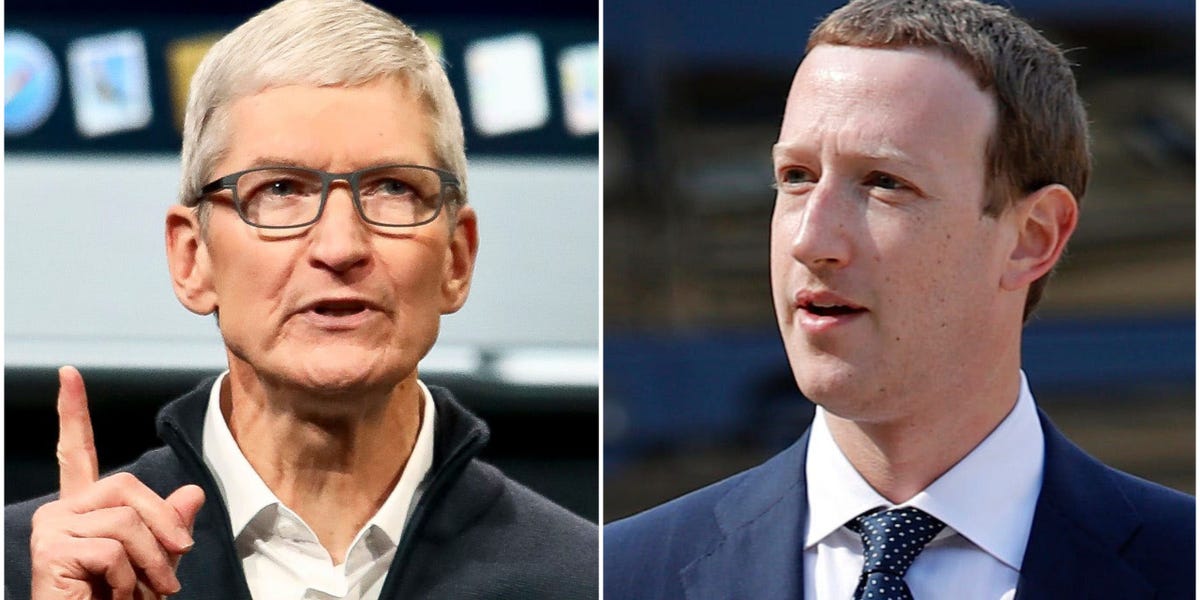