Binance announced the rollout of its crypto debit card, the U.K.’s central bank is thinking hard about a digital currency and the taxman cometh. Here’s the story: You’re reading Blockchain Bites, the daily roundup of the most pivotal stories in blockchain and crypto news, and why they’re significant. You can subscribe […]

Binance announced the rollout of its crypto debit card, the U.K.’s central bank is thinking hard about a digital currency and the taxman cometh. Here’s the story:

AML Compliance
BitGo is offering API support for the Financial Action Task Force’s (FATF) “Travel Rule,” which stipulates the originators and beneficiaries of financial transactions over $1,000 be identified and that their personal data must “travel” with those transactions. BitGo’s offering seeks to remove the headache of identifying wallets and transferring personally identifiable information between clients that use the San Francisco-based firm’s technology or custodial services.

Binance Card
Binance has announced the first major rollout of a debit card allowing users to pay for goods and services in crypto. Users in the European Economic Area (EEA) will be able to apply for a card from August; those in the U.K. will be able to do so afterwards. The service is powered by Swipe, the online payments juggernaut. Users can spend crypto – currently bitcoin, Binance Coin, Swipe Coin, and Binance USD – at any merchant that supports Visa payments.

Retail Interest
Retail interest in Chainlink, which acts as a bridge between cryptocurrency smart contracts and off-chain data feeds, is now at the highest level it has been in well over a year. According to Google Trends, worldwide queries for the word “Chainlink” on the search engine reached a score of 100 in the week ended July 12, more than double what it was the preceding week. A score of 100 indicates it is the maximum number of searches observed for a term during a given time frame.

Ethereum Reboot
Ethereum developers are aspiring to launch Eth 2.0 in 2020. The sum of account balances maintained by the network’s nodes – called the state – continues to grow larger and larger as applications and projects transact. Adoption is good, but runaway growth is bad. Independent developer Alexey Akhunov may have a solution – one pulled from Cosmos, the interoperability blockchain. His new proposal, dubbed “ReGenesis,” posted on EthResearch on June 24, would bring stateless client research to the current Ethereum chain (also known as Eth 1.x) by “nuking” certain nodes’ states and swapping them with a math proof on a rolling basis.

CBDCs
The U.K.’s central bank is discussing the possibility of launching a digital currency. Speaking during an online event, Bank of England Governor Andrew Bailey told a group of U.K. students on Monday his institution was having talks over the plan, as reported by Bloomberg Tuesday. Bailey said ongoing investigations would look at a central bank digital currency (CBDC), which would have implications across “payments and society.” Calling it a “very big issue,” he anticipated the CBDC could be a real possibility in several years, once the coronavirus has passed.

Related: Blockchain Bites: It’s Never Been Harder to Mine Bitcoin

The deadline to file and pay your taxes in the U.S. is tomorrow, and hodlers are as confused as ever.

CoinDesk’s Nikhilesh De looks into how the Internal Revenue Service’s public guidance on crypto tax reporting fails to account for much of the innovative financial tools enabled by decentralized tech. Passive income earned through staking, highly leveraged margin trading and crypto earned through airdrops or hardforks all have antecedents, but retail investors taking advantage of these products are still in the dark about they have to do. That’s because the IRS hasn’t clarified the precise tax implications or forms associated with these services, tax pros say.

“Sometimes the IRS publishes final regulations more than a decade after taxpayers wish they were available. But it does make for unpredictable outcomes and forces individuals and businesses to file more in hope than expectation that they’ve acted correctly,” Kirk Phillips, a certified public accountant and author of “The Ultimate Bitcoin Business Guide: For Entrepreneurs & Business Advisors,” wrote in an op-ed.

While the IRS is working to create a guide for tax obligations, Phillips notes historically much “de facto tax guidance” comes from audits and tax court. There’s an irony in this as one public advocate, the IRS’s own Taxpayer Advocate Service, now claims a letter sent to crypto holders last summer may have violated taxpayers’ right to privacy and the right to be informed.

Another irony: Despite Bitcoin’s initial anti-state ideological underpinnings, the current tax landscape is likely one of the biggest barriers to mainstream adoption today.

Volatility Bands
Bitcoin’s ongoing low-volatility range play is reminiscent of the price doldrums observed ahead of a sudden 40% price crash in the second half of November 2018. This time, however, the price squeeze may end with a bullish move, as the spread between volatility bands and the 20-day moving average suggests. “A prolonged period of low volatility consolidation often ends with a violent move in either direction,” CoinDesk’s Omkar Godbole notes. But the macroeconomic climate – seen by monetary and fiscal stimulus and Bitcoin’s tripling from March lows – could precede a strong move to the higher side.

It Hit
An index of 50 low-capitalization cryptocurrencies, the so-called Shitcoin Index, is up 114% so far this year. Launched in 2019 by FTX, the index was trading at an all-time high of $1,065 Monday after making all-time highs for the past three consecutive trading days. The novel futures product has outperformed bitcoin by 88 percentage points this year.

Minecraft of Finance
Camila Russo, founder of The Defiant and author of “The Infinite Machine,” the first book on the history of Ethereum, out today, thinks Ethereum has achieved much of what it set out to do five years ago: become a “Minecraft of crypto-finance.” From token issuance to decentralized exchanges through to novel derivatives platforms, Ethereum is the base layer to an alternative and open financial system. “The next five years will be about strengthening these scaling solutions and making these financial applications more robust and secure,” she predicts. You can read an excerpt of her new book here:

The Real Story Behind Tesla’s Crazy Rally
Elon Musk is now richer than Warren Buffett and Tesla comprises more than 25% of the value of the entire auto market. In the latest episode of The Breakdown, NLW looks at the narratives behind this stock-market phenomenon including Musk’s cult of personality, the Robinhood effect and whether Tesla is a tech company.

Tue Jul 14 , 2020
Crypto luminary Charlie Shrem is joined by Ray Youssef of Paxful for a wide-ranging conversation on Youssef’s work building schools in Africa, Paxful’s mission to unite the continent through financial inclusion and crypto’s role in revolution.  This conversation has been abridged and adapted from Shrem’s Untold Stories podcast, found here. […] 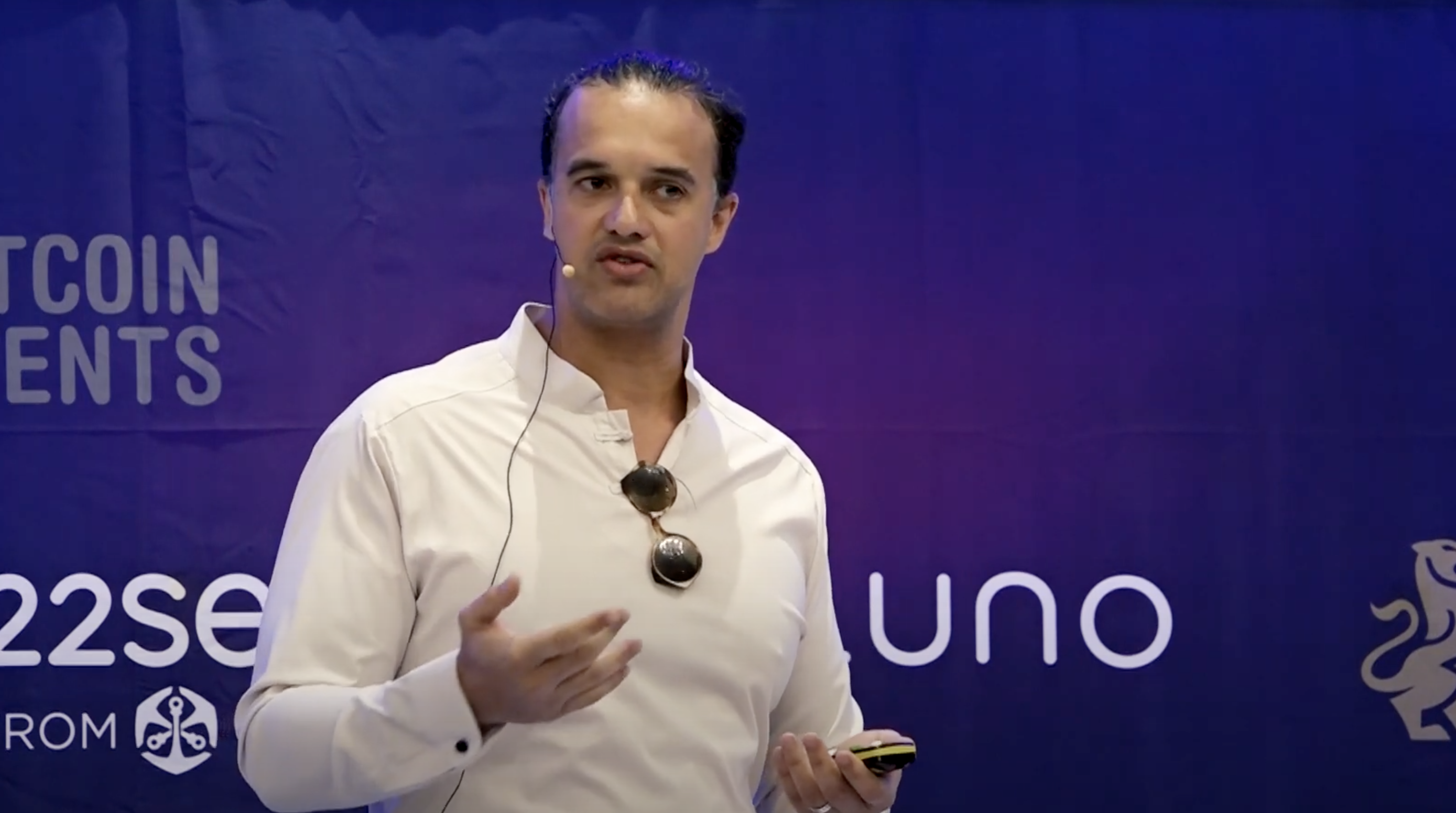