For Vimala Rajendran, revenue from doing takeout-only at her Chapel Hill restaurant, Vimala’s Curryblossom Cafe, wasn’t enough to make rent this month. It was due Oct. 1. She still hasn’t paid it. “We don’t have that money,” Rajendran told The News & Observer in a phone interview. Her restaurant is […]

For Vimala Rajendran, revenue from doing takeout-only at her Chapel Hill restaurant, Vimala’s Curryblossom Cafe, wasn’t enough to make rent this month. It was due Oct. 1. She still hasn’t paid it.

“We don’t have that money,” Rajendran told The News & Observer in a phone interview. Her restaurant is bringing in only 20-25% of its pre-pandemic revenue.

Rajendran feels that it’s not safe to open the restaurant, and doesn’t know when it will be. So she’s pursuing a new business plan: raising money to provide food for free to people in need in the area.

Vimala’s has been doing that since the spring. Rajendran got a grant from a local organization to provide food to refugees, distributed by the Refugee Support Center, and to people in need in the Northside neighborhood, distributed by the Marian Cheek Jackson Center.

But they’re only doing these distributions once or twice a week, and Rajendran wants to scale it up. Her goal is to raise $250,000 to support the project, she said, so that “the need to feed the hungry will be met while also keeping the jobs and paying my bills.”

She’s been searching for grants to apply for and calling friends to ask for help.

One friend walked over to the restaurant after Rajendran called and gave her a check for $3,000. But it’s not enough. She says businesses need more government support.

For businesses along Chapel Hill’s Franklin Street, the economic hit of the pandemic is coming to a head as the University of North Carolina campus remains closed and relief programs like the Paycheck Protection Program dry up.

“On a daily basis, will I be stirring the pots or writing grant proposals? We should have government agents coming through here giving us money so we can stay alive,” said Rajendran. “Because the tax impact of a small business that has grossed over $1 million per year is tremendous and that has to be rewarded now during this economic crisis by paying back to us. That’s all I’m asking.”

‘Many, many doors have shuttered’

Rajendran says the costs of running a small business in Chapel Hill were too high before the pandemic, too.

“Over the years to see small businesses close and remain closed — many, many doors have shuttered and they haven’t opened, even before the pandemic. That has been a very, very sad thing,” she said. “And that’s mostly because of high rent and there being no ceiling on it. You know, nobody questions how high the rent is.”

Rajendran estimates that her rent has increased by about a third since she first opened her restaurant 10 years ago.

The pandemic has accelerated the crisis.

Nine businesses along the main drag of Franklin Street have closed permanently since the start of the pandemic, according to Matt Gladdek, executive director of the Chapel Hill Downtown Partnership, a nonprofit that promotes economic development in downtown. More have closed temporarily.

Others have turned to the community for support, too. On a GoFundMe page, Melissa Peng, owner of Ye Olde Waffle Shoppe, which has been closed since March 17, wrote: “Like many other small businesses, Ye Olde applied for small business loans and grants, but we heard today that all of the funding has been exhausted. None of the small businesses we know, including us, saw a dime of it.”

The GoFundMe effort generated $7,000. But on Aug. 17 the restaurant, which has been open since 1972, announced that it will remain closed until further notice.

University of North Carolina shut down

On Franklin Street, the reopening of UNC’s campus over the summer brought a brief uptick in business. At longtime Franklin Street staple Sutton’s Drug Store, business was down 80% since March, but climbed back to 50% for one week after students returned in August, The N&O previously reported.

But the relief was short lived.

After several coronavirus clusters broke out on campus, UNC-Chapel Hill decided to move its fall classes online and sent many students home.

For business owners, it magnified the town’s reliance on the university.

Shannon Healy, the owner of Crook’s Corner, says that even for his restaurant, a Franklin Street staple of 40 years with a loyal local customer base, reopening without the university is daunting.

“Any business operation on Franklin does depend in some way on the university, whether it’s the kids or the teachers or the other support staff,” he said. “This is a seasonal town, and our next season is probably going to be in September of next year.”

The pandemic has shut down the town through what are typically the busiest times of the year — the ones businesses rely on to make up for the slumps.

“Business in general, especially on Franklin, is really a boom bust cycle,” said Gladdek. Graduation and Mother’s Day keep stores busy before the slow summer months that end with students’ return in the fall and the start of the football season.

Without any of these high-traffic periods, many businesses’ revenues are down about half, Gladdek estimates, based on informal surveys of business owners.

Even with relaxed statewide restrictions, patrons have been slow to return.

“People probably three months ago said, ‘Oh if we could only go to Phase 3, the customers would return.’ But the customers don’t return when we got back to Phase 3, they come back when they feel comfortable and confident,” said Aaron Nelson, CEO of the Chamber for a Greater Chapel Hill-Carrboro, a nonprofit that supports businesses in the area.

“It feels like we’ve watched the movie ‘Jaws’ every day for six months and now we’re telling people they can go swimming. It’s going to take some work to get customers to go in the water again.”

In the meantime, Orange County has offered two rounds of emergency grant funding to help keep businesses afloat. The Emergency Small Business Funding Program distributed over $500,000 to around 80 businesses, mostly in Chapel Hill.

The town of Chapel Hill received 88 applications from businesses for money to buy personal protective equipment. The requests totaled $150,000, according to Nelson, far more than the $50,000 available through the CARES Act. The town secured an additional $30,000 in response and is making grants of up to $2,000 depending on number of employees. Nelson said the chamber plans to begin distributing checks to businesses this week.

Many businesses also benefited from federal aid programs. “[The Paycheck Protection Program] kept many businesses alive,” Nelson said. “But those funds are now gone and we expect many businesses who that federal support was really keeping them alive now have some really tough choices ahead of them.”

Gladdek says it’s too early to tell how extensive the impact on the town’s business community will be.

“Right now it’s throwing water at the buildings and less measuring how big the fire is,” Gladdek said.

The instability on Franklin Street precedes the pandemic.

Businesses regularly come and go, leaving storefronts vacant. At the major downtown intersection of Franklin and Columbia, the three corner ground-level businesses are all empty.

“There weren’t chains — there were interesting businesses, homemade businesses that were compelling and exciting things to run into if you were walking around,” Reusing said in a phone interview. “So many of the more interesting weird experiences that you could have in Chapel Hill no longer exist.”

Rapidly increasing commercial rents on Franklin Street have made it difficult for these types of businesses to sustain themselves there.

“There were properties who were asking in the upper $30s per square foot on rent. I don’t know that we have the market to support that downtown yet,” said Dwight Bassett, economic development officer for Chapel Hill.

Only a couple other retail areas in Chapel Hill — like the Eastgate Crossing shopping center — have rents that high, Bassett said. Properties along the main commercial strips of Hillsborough Street in Raleigh and Ninth Street in Durham charge roughly that much, he said.

Some of the businesses that have managed to stay afloat during the pandemic are those that owned their own space since before the development boom.

At midday on a September Friday at Mama Dip’s, several tables inside and a couple outside were full.

“We have a lot of regular customers who’ve been with us from day one, that are still supporting us in takeout and curbside,” said Cissy Green, the dining room manager, and the granddaughter of the late Mildred Cotton Council, who opened the restaurant in 1976. The first days after Green opened the restaurant back up for curbside pick-up, she says there was a line going down Rosemary Street.

Help us cover your community through The News & Observer’s partnership with Report For America. Contribute now to help fund reporting on economic recovery in the Triangle, and to support new reporters.

Follow more of our reporting on Coronavirus in North Carolina

END_OF_DOCUMENT_TOKEN_TO_BE_REPLACED

Sophie Kasakove is a Report for America Corps member covering the economic impacts of the coronavirus. She previously reported on the environment, big industry and development as a freelance reporter in New Orleans.

How You Can Get A Personal Loan In India

Fri Oct 9 , 2020
getty A personal loan is a short-term loan that a financial institution grants to an individual at a fixed interest to help them pay for personal needs such as for a wedding, their home renovations, education or travel.  In India, personal loans are usually unsecured loans, which means applicants do […] 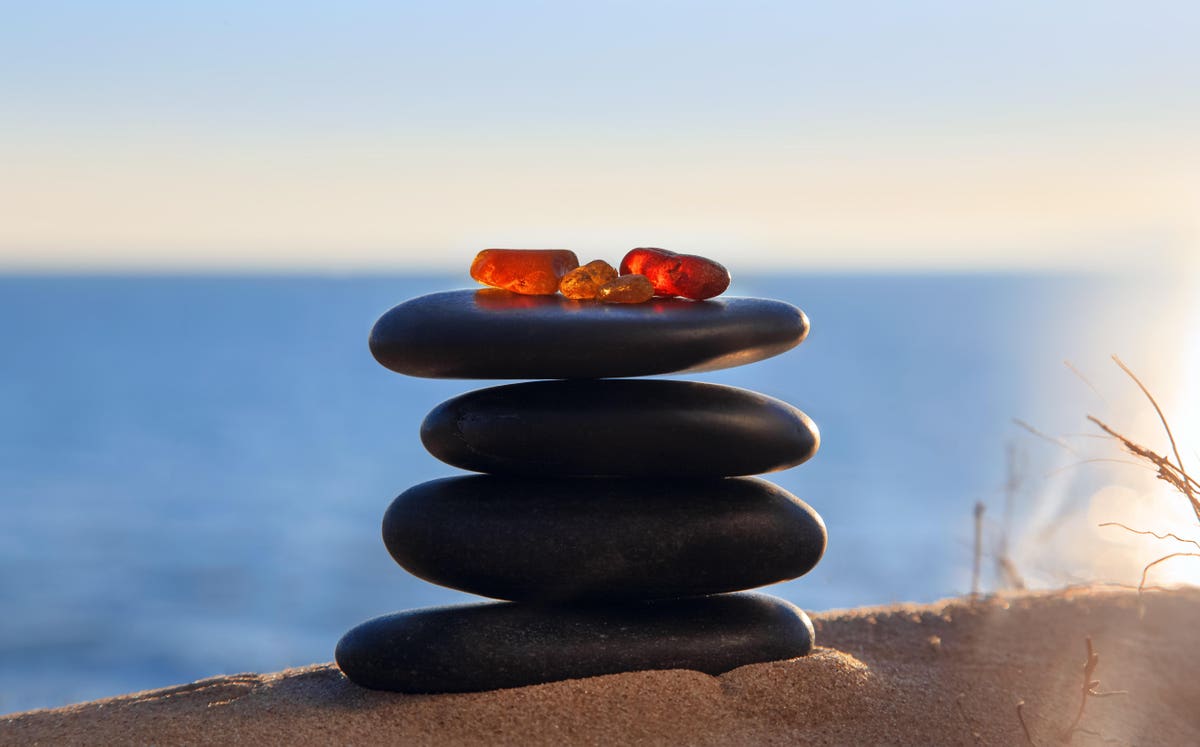