(Bloomberg) — Zhang Yiming’s plan to sell the U.S. operations of his short-video app TikTok to avoid a shutdown was thrown into jeopardy after China asserted its authority over a deal already under scrutiny by the Trump administration. Beijing on Friday injected more uncertainty into already thorny negotiations over the […]

(Bloomberg) — Zhang Yiming’s plan to sell the U.S. operations of his short-video app TikTok to avoid a shutdown was thrown into jeopardy after China asserted its authority over a deal already under scrutiny by the Trump administration.

Beijing on Friday injected more uncertainty into already thorny negotiations over the sale of ByteDance Ltd.’s prized asset, claiming the ability to block a sale to foreign suitors Microsoft Corp. or Oracle Corp. with tighter restrictions on artificial intelligence exports. The commerce ministry added speech and text recognition and personalized recommendations to a list of products that require approval before they’re sold abroad.

These new areas cover the very technologies ByteDance employed to make TikTok a viral teen sensation from America to India. ByteDance is now required to seek the government’s sign-off on any deal, though it doesn’t mean an outright ban, according to a person familiar with the matter. TikTok is dissecting the new regulations and thinks they will make securing a deal trickier by requiring twin U.S.-Chinese approvals, a second person familiar with the matter said.

“AI is a foundational technology and is one of the key sectors that China aims to lead, competing with the U.S.,” said Rebecca Fannin, founder of Silicon Dragon Ventures. “This pushback by Beijing could be seen as part of the growing U.S.-China tensions and tech cold war.”

China’s opaque regulatory mechanisms introduce more unknowns into an already delicate process involving multiple corporations, agencies and federal court, all converging days before Donald Trump’s executive order banning TikTok takes effect in the run-up to November elections. It could take up to 30 days for ByteDance to get the greenlight to export AI, said Zhaokang Jiang, a trade attorney and managing partner of GSC Potomac.

The involvement of Beijing, which has previously denounced Trump administration bans on TikTok and Tencent Holdings Ltd.’s WeChat, muddies the waters as American corporations and investors vie to hammer out a deal by the Trump administration’s deadline. Microsoft and Oracle have submitted rival bids to acquire TikTok’s U.S. business, while Centricus Asset Management Ltd. and Triller Inc. made a last-minute pitch on Friday to buy TikTok’s operations in several countries for $20 billion, according to a person familiar with the matter.

“We’ve been seeing U.S. restrictions on China on a daily basis. We can’t expect China to have no response at all,” said Wang Huiyao, an adviser to China’s cabinet and founder of the Center for China and Globalization.

Beijing’s new curbs on technology mirrors American sanctions against the sale of U.S. software or circuitry to a plethora of Chinese firms. Apart from giving it a say in any imminent deal, the seemingly innocuous changes emphasize the country’s political and technological ambitions and mints another bargaining chip in the U.S.-China tech cold war.

“Beijing’s responses to Washington over the past five months have largely been designed to appear retaliatory, but are in fact carefully calibrated to place Beijing on equal footing with the U.S. while not escalating tensions — yet,” said Kendra Schaefer, head of digital research at consultancy Trivium in Beijing. “This move is no exception: it may give Beijing more equal footing so that decisions can’t be made by the U.S. unilaterally, but doesn’t necessarily indicate Beijing will move to nix the deal.”

ByteDance, whose TikTok was once best-known for being a repository of lip-synching music videos, has become one of several Chinese companies at the heart of Washington-Beijing tensions.

Trump accuses ByteDance’s most successful international app of being a threat to national security, with echoes of the charges made against telecom giant Huawei Technologies Co. The White House has now ordered Zhang’s company to sell the app’s operations in the U.S. and several other countries, with a valuation estimated at $20 billion to $50 billion.

It’s unclear how the bidding process will play out. Zhang has said the company, whose TikTok is also banned in India, is working rapidly to resolve its geopolitical headaches. But Beijing’s insertion into the process raises the chances that it may just decide to veto or at least delay a deal, with unknown ramifications.

Those outcomes may appeal to Zhang, the 37-year-old founder who built ByteDance into the most valuable startup in the world with a $140 billion valuation, according to CB Insights. He had long resisted giving up control of TikTok because he thinks the service is evolving into one of a handful of major online advertising businesses, alongside Facebook Inc. and Google.

His instincts may be to fight: He has scrapped with authorities in Beijing over politically sensitive content and with Chinese publishers over allegations of copyright infringement.

TikTok has asked a federal judge to block the Trump administration from enacting a ban on the fast-growing social media network, bringing a geopolitical fight over technology and trade into a U.S. courtroom. “We are working quickly to find resolutions to the issues that we face globally, particularly in the U.S. and India,” the founder said in a recent memo to employees.

Even before the latest regulations, Microsoft or any other American owner faced the difficult task of hiving off TikTok U.S. from ByteDance’s much larger Chinese business.

ByteDance runs TikTok in various regions, often employing code from Musical.ly, the progenitor to the app that ByteDance acquired in 2017. With ByteDance engineers in China still working on TikTok, it’s unclear how Microsoft could split the code and the underlying technology to ensure it’s free from Chinese interference — or determine the value of a standalone operation that may not have access to ByteDance’s technical wizardry.

The rule revised Friday would cover cross-border transfers of restricted technologies even within the same company, while the impact and consequences of failing to make appropriate applications would be very different if an international business is spun off, said Cui Fan, a trade expert who’s a professor at Beijing’s University of International Business and Economics. “We are studying the new regulations that were released Friday. As with any cross-border transaction, we will follow the applicable laws, which in this case include those of the U.S. and China,” ByteDance General Counsel Erich Andersen said in a statement.

ByteDance should study the new export list and “seriously and cautiously” consider whether it should halt negotiations, Xinhua earlier cited Cui as saying.“If ByteDance plans to export relevant technologies, it should go through the licensing procedures,” Cui told Xinhua.

bloomberg.com” data-reactid=”49″>For more articles like this, please visit us at bloomberg.com

Mon Aug 31 , 2020
A list of home schooling routine is seen at Donna Eddy’s home on April 09, 2020 in Sydney, Australia. Brendon Thorne/Getty Images “We never usually have students sign up for the summer term, but I think the lockdown and school closures forced a lot of parents to try homeschooling who […] 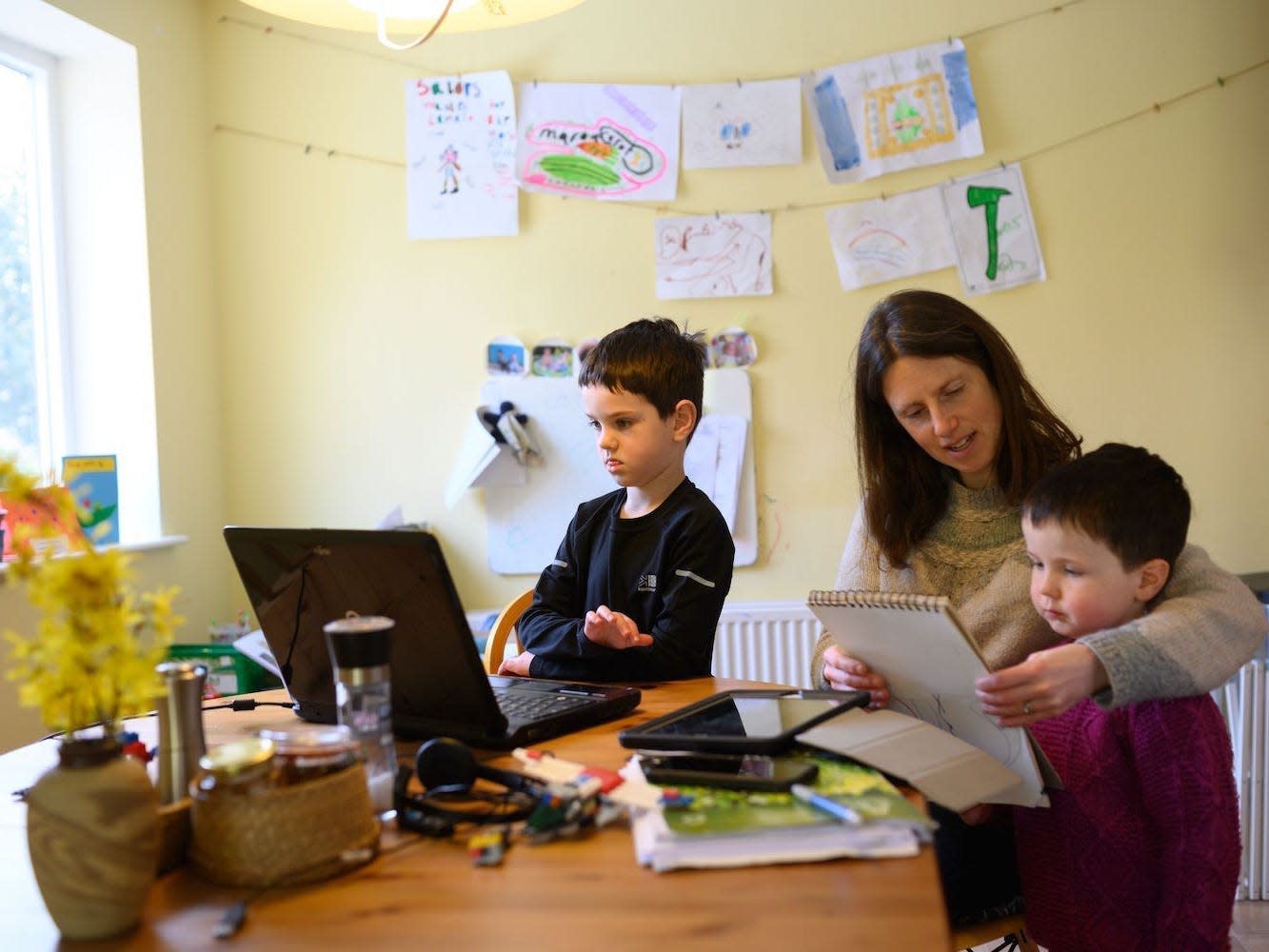