A particular subset of China’s food vloggers are set to find the government’s latest crackdown a bitter – and expensive – pill to swallow. Under a proposed new wide-ranging food-waste law, spearheaded by Chinese President Xi Jinping and submitted to China’s highest legal committee last week, anyone who posts videos […]

A particular subset of China’s food vloggers are set to find the government’s latest crackdown a bitter – and expensive – pill to swallow.

Under a proposed new wide-ranging food-waste law, spearheaded by Chinese President Xi Jinping and submitted to China’s highest legal committee last week, anyone who posts videos online that promote overeating will face fines of up to 100,000 yuan (US$15,300).

Binge-eating, or mukbang, videos – in which influencers gorge on massive amounts of food in a short period of time – have become a popular form of online entertainment. The trend has boomed not just in China, but internationally too.

Get the latest insights and analysis from our Global Impact newsletter on the big stories originating in China.

Many of the most-viewed videos on Douyin, the Chinese version of TikTok, are of beautiful, often petite young women eating their way through mammoth-sized meals, such as 10 bowls of spicy noodles, 15 hamburgers or, in one case, a 17kg (37lb) roasted lamb.

The nation’s lawmaters, however, want this popular viral trend to end.

Under the new law being considered by the Standing Committee of the National People’s Congress, binge-eating shows and “competitive eaters” will be banned. The law would impose fines of between US$1,500 and US$15,300 on anyone engaging in food waste on television shows or via online platforms.

Restaurants face fines if they induce or mislead consumers to “order excessive meals and cause obvious waste”.

The tough new stance – a world first – follows Xi’s appeal to the nation in August to stop “the shocking and distressing” wastage of food.

At the time, state television channel CCTV in August targeted vloggers who were posting on Douyin, and exposed a number of them known as “big stomach stars” for encouraging gluttony and waste. Since then, the video platform has begun issuing warnings about food wastage, stating “reject waste and eat reasonably” when users search for related keywords.

In December last year, there were about 40,000 new videos related to food per day on Douyin. In June, that number soared to around 120,000 a day, according to Guangzhou-based iiMedia Research group. Many of these videos tried to attract views by eating unimaginable quantities of food.

Mizijun, a female vlogger previously known as Big Stomach Mizijun, is one of the pioneers of mukbang in China. She became a viral sensation in 2016 after she ate 10 bowls of very spicy instant noodles in 16 minutes and 20 seconds.

She has more than 13 million followers on Douyin and a huge following on YouTube. She has been accused by her viewers of throwing up after the end of her shows to stay slim.

Others have tried to copy Mizijun, including a Chinese vlogger who used to go by the name Big Stomach Mini. In one of her most-viewed videos, the young woman ate a 17kg (37lb) roast lamb.

Surpassing both of them is Langweixian, who has more than 38 million followers on Douyin. Promoting himself as someone who “never gets fat despite overeating”, he insists that he does not cheat during eating shows, nor does he make himself sick afterwards.

He has, since the television report and government crackdown announcement, deleted most of his binge-eating videos.

The drive to make money from posting these binge-eating videos has proved dangerous for some – even deadly in one instance.

The man, identified by his surname Wang, died in July from bleeding in the brain. He had also suffered high blood pressure, obesity and hyperlipidemia (high cholesterol) from eating too much red meat, regional newspaper Shenyang Evening News reported.

According to the draft of the new anti-food-waste law, restaurant diners with excessive leftovers will also be charged a waste fee of an unspecified amount.

Local authorities have quickly embarked on programmes to reduce waste. In Haining, in east China’s Zhejiang province, civil servants eating in staff canteens have recently been ordered to make sure they eat up all their food.

Tan Qinyi, who works at the science and technology bureau, said the municipal administration that manages government offices would carry out random inspections to check if anyone failed to leave an empty plate after dining at the bureau’s canteen.

China launched the “Empty Your Plate Campaign” in 2013 to curb officials’ extravagant feasts and receptions. Since then, ideas such as smaller dishes and taking away your leftovers have been promoted by the Communist Party.

Public awareness has improved to some extent, but food waste remains a big challenge, according to Hu Xingdou, an independent political economist in Beijing.

“Ordering excessive food is often used to demonstrate generosity towards business partners and guests. As consumerism has been gaining steam in recent years, some people flaunt their wealth by ordering too much [food] and taking pleasure in sharing the pictures online,” he said.

Zhang Yuping, a waitress at a pizza restaurant in Beijing, has mixed feelings about the festive season. It is usually a prime time for the catering business, which means more income, longer hours and more food waste to handle.

“I’m happy to see customers relaxed and enjoy the festival atmosphere in our restaurant,” Zhang said. “But I’m also distressed to find piles of plates of pizzas, chicken wings, chips and drinks left over with some completely untouched.

“My colleagues and I have to take an extra hour to clear it up every day this week. The amount of waste is astonishing.”

If I Could Buy Only 1 Warren Buffett Stock for 2021, This Would Be It

Thu Dec 31 , 2020
I trounced Warren Buffett this year. No, the Oracle of Omaha and I didn’t get into a wrestling match or anything like that. However, my investment portfolio handily beat Buffett’s Berkshire Hathaway (NYSE:BRK-A) (NYSE:BRK-B) performance in 2020. Am I getting a big head about my win over the billionaire? Not at […] 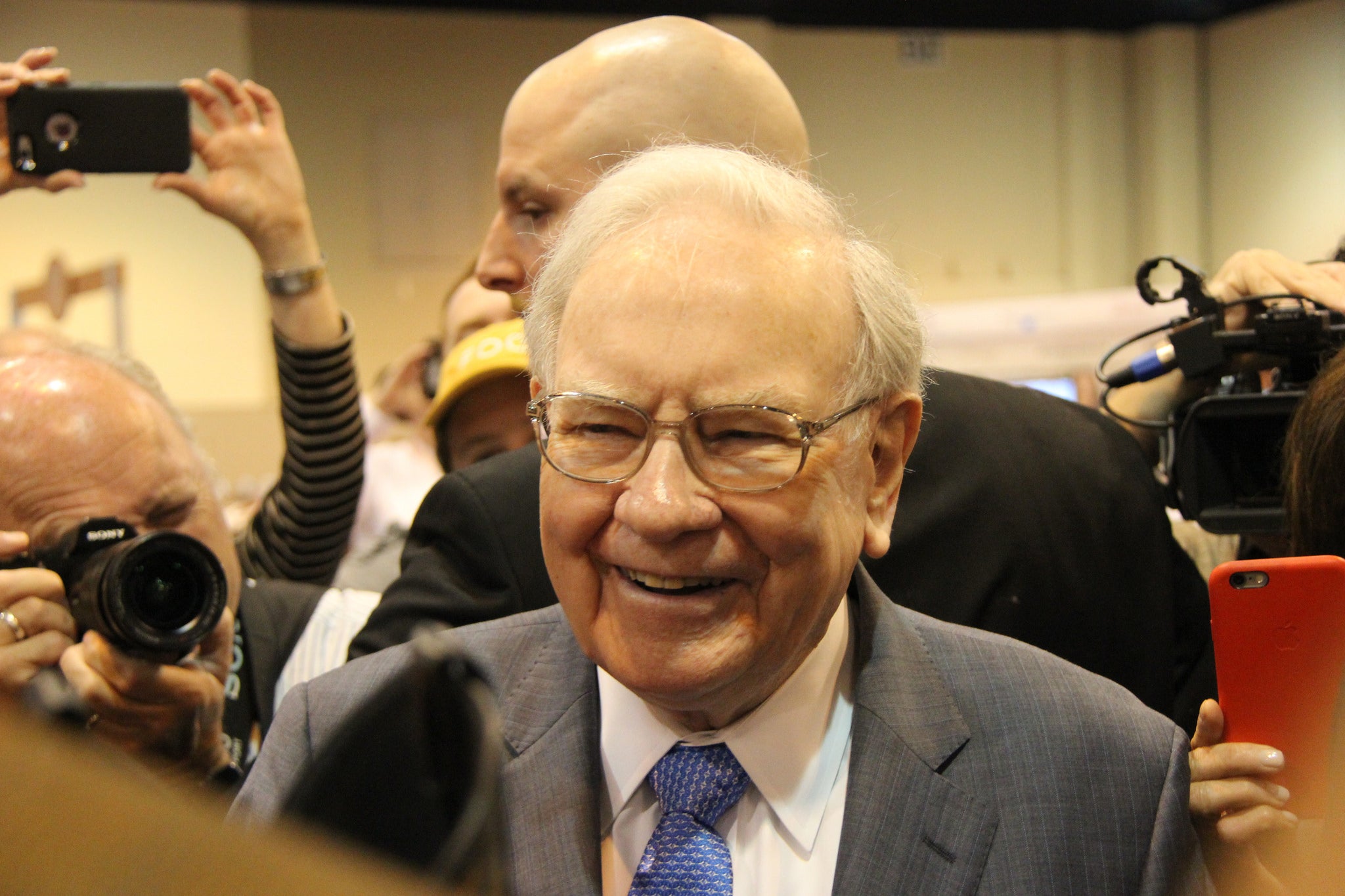