The TheaterMakers Summit will take place on November 14 and 15.

The TheaterMakers Studio will present the fourth annual TheaterMakers Summit on November 14 and 15. This year, the event will be held virtually for attendees and speakers.

The TheaterMakers Summit is the destination for all theater makers. This two-day event aims to unite aspiring writers, producers, directors, actors, and other theatre professionals and fans alike with industry leaders to learn about and discuss the business of Broadway. The weekend will offer a series of panels and presentations on topics ranging from How Theater Comes Back, Streaming: Monetization Methods and Business Models to Make You Money (Even During a Pandemic), Equality: How We Can All Work to Raise Voices of BIPOC On and Off Stage, Safety: Creating a Safe Space for Audiences, Actors, and Your Team During the Pandemic and Beyond, and more.

“The theater is facing the greatest challenge in its history,” said producer Ken Davenport. “But we will solve its problems the same way we create theater . . . by collaborating. The TheaterMakers Summit is bringing together 100 of the theater’s brightest business and artistic minds from Broadway, Off Broadway, Regional Theater, International Theater, High School Theater and beyond, to help educate and inspire writers, directors, actors and theaterakers from all over the world to make more theater . . .and make better theater. Because when this is over, boy are we going to need it.”

“For three years, The TheaterMakers Summit took place live and in person in New York. When I first learned that we wouldn’t be able to gather in a room, I thought about canceling the conference. But I couldn’t. Because, first, the subjects we are going to discuss, from streaming to equality to safety in our venues, are so important, we can’t wait another moment to start figuring out and actioning solutions. And second, because we’re 100% online, more people from all over have the opportunity to hear the words of the world’s experts on these matters and so many more, without the expense or hassle of travel. That’s why we’re expecting our biggest and most exciting conference ever. And just because we’re online, doesn’t mean we can’t have a little fun. Expect some surprises that we couldn’t do with an actual live conference!”

Secure your general admission ticket now through October 31st for $297 (that is $100 off of the regular general admission price.) In addition to the virtual conference programming, registrants who purchase VIP admission for $497 attend VIP virtual networking events and exclusive add-on events like the Bonus Day on November 16. To purchase tickets and for further details, visit TheaterMakersSummit.com.

Events and seminar topics at this year’s TheaterMakers Summit, November 14 and 15, will include:

Actors as Collaborators: Creating New Work with Actors and Using Their Voices to Shape Your Story

Broadway to The Big and Bigger Screen: Exploring the Adaptation to

“But What I Really Want To Do Is”: Emerging Artists Talk The Art of the Pivot.

Equality: How We Can All Work to Raise Voices of BIPOC On and Off Stage

How Award-Winning Writers Keep Writing and What Will They Write Now?

How Theaters Around The US Are Pivoting During The Pandemic (and what they’ll do when it’s done).

How We Rebuild The Road: The past, present and future of National and International Tours

The Next Generation of Broadway Producers: What Are They Looking For?

POC: Producers of Color on What They Want to Produce.

Reviewing the Future: Former Chief Drama Critic of The New York Times, Ben Brantley on What He Wishes for Broadway.

Safety: Creating a Safe Space for Audiences, Actors, and Your Team During the Pandemic and Beyond.. . . Virtually Or Not.

Self-Care For TheaterMakers to Make Sure You Keep Creating.

Streaming: Monetization Methods and Business Models to Make You Money (Even During a Pandemic).

Where Are We Headed? A Frank Conversation with The President of Disney Theatrical

and The Chairperson of the Broadway League, Thomas Schumacher

Additionally, registrants who purchase VIP admission will have access to a Bonus Day on Monday, November 16 with topics including:

Broadway’s Revival: An Intimate Discussion with the President of The Broadway League

Creating Your Marketing Toolkit: What Do You Need to Sell Your Show or Yourself

How To Succeed In Saving Without Really Trying: Budgeting From the Very Beginning

Marketing Your Stream To Make You Money

The Script Doctor: A Dramaturg’s Tips to Fixing Your Script

Update from Around the World

For a complete schedule of events and participants and secure your seat, visit TheaterMakersSummit.com. All speakers and schedules are subject to change. All events will be sign language interpreted.

More Hot Stories For You

Wikipedia buttons up key pages ahead of U.S. election

Thu Oct 29 , 2020
By Elizabeth Culliford (Reuters) – Wikipedia has locked down its main election page ahead of the U.S. presidential election so that only certain editors can make changes, part of preparations to combat potential disinformation and abuses related to Tuesday’s vote. The online encyclopedia’s articles, written primarily by unpaid volunteers, are […] 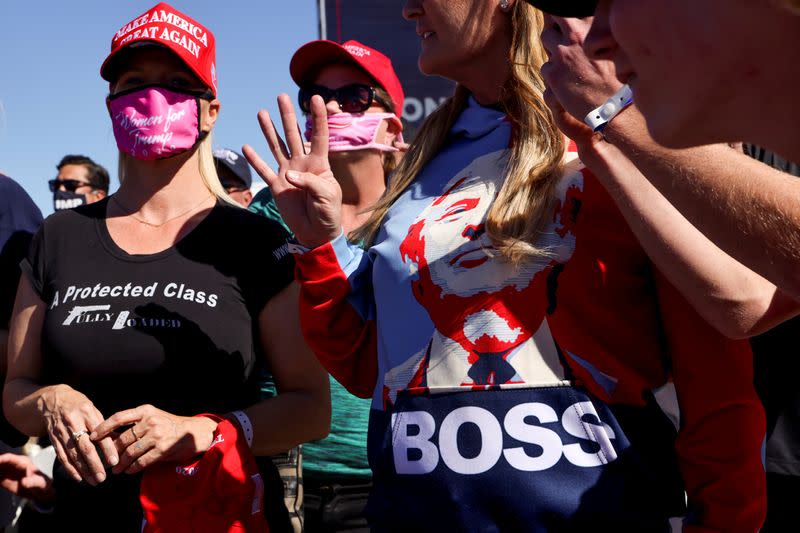