Filmmaker Christopher Nolan erupted at Warner Bros. after the studio announced last week it would release its entire 2021 movie slate on HBO Max to make up for lost theater business during the pandemic. “Some of our industry’s biggest filmmakers and most important movie stars went to bed the night […]

Filmmaker Christopher Nolan erupted at Warner Bros. after the studio announced last week it would release its entire 2021 movie slate on HBO Max to make up for lost theater business during the pandemic.

The Oscar-nominated director, who gained massive clout within the movie studio for his “Dark Knight” trilogy of Batman films from 2005 to 2012, said the company heads “don’t even understand what they’re losing.”

“Warner Bros. had an incredible machine for getting a filmmaker’s work out everywhere, both in theaters and in the home, and they are dismantling it as we speak,” Nolan said, adding: “Their decision makes no economic sense, and even the most casual Wall Street investor can see the difference between disruption and dysfunction.”

Nolan ― a vocal advocate of the theater experience, particularly IMAX ― pushed to have his latest Warner Bros. project, the time-altering tale “Tenet,” open in theaters in August despite the coronavirus.

The film, which grossed $350 million in the box office worldwide but was unable to open in cities like Los Angeles and New York due to COVID-19 restrictions, was the only major movie to test theater waters during the pandemic. Other big-budget pictures were either delayed to 2021 or released digitally, like Disney’s “Mulan,” which debuted on the Disney+ streaming service for an additional $29.99 on top of the subscription fee.

After multiple delays, Warner Bros. chose to release its own “Wonder Woman 1984” on HBO Max via a simultaneous streaming and theatrical release in November, a choice that was carefully negotiated between the studio, director Patty Jenkins and main star Gal Gadot, according to The New York Times.

In contrast, the studio’s decision to stream 17 new movies ― including major films like “The Suicide Squad,” “Godzilla vs. Kong” and “The Matrix 4” ― on HBO Max in 2021 was kept a secret from talent companies until 90 minutes before a press release was issued on Dec. 3, the Times reported.

The sudden move has caused agencies representing major stars like Angelina Jolie, Margot Robbie and Will Smith to join Nolan in expressing dismay, with some even going so far as to refer to Warner Bros. as “Former Bros,” according to the Times.

John Stankey, the chief executive of AT&T, which owns Warner Bros., called the backlash “a lot of noise” on Tuesday, but stressed that moving to streaming for 2021 would ultimately prove to be the right decision.

“Fundamentally, one of the unfortunate effects of the pandemic is there basically has been no theatrical exhibition business. And that’s painful for a lot of people,” Stankey said, adding: “And anytime you’re going to change a model, it creates a degree of noise ― and this is certainly no exception.”

Wed Dec 9 , 2020
SAN JOSE — As struggling restaurants once again face a slowdown of business amid strict stay-at-home orders, Santa Clara County supervisors could put a temporary cap as soon as next week on fees and commissions that companies like DoorDash and GrubHub charge. And the county’s largest city, San Jose, is […] 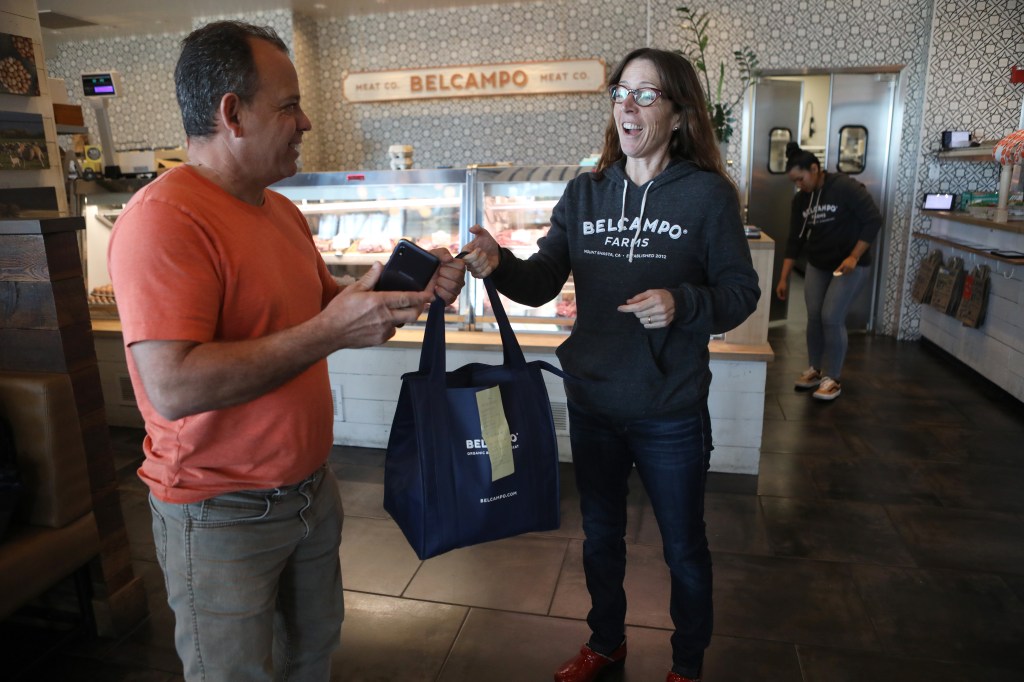