Domestic violence laws were only introduced in China in 2016 A city in eastern China is introducing a system that lets people getting married check if their partner has a history of abuse. Yiwu, in Zhejiang province, is launching an inquiry service that will be available to residents from 1 […]

A city in eastern China is introducing a system that lets people getting married check if their partner has a history of abuse.

Yiwu, in Zhejiang province, is launching an inquiry service that will be available to residents from 1 July.

Popular news website The Paper says that people who are arranging to get married will soon be able to fill out a form, and see if their partners have any history of violence, “either between family members or during cohabitation”.

All they need to do is provide a formal form of ID, and personal information on the person they are set to marry.

One person is allowed to make a maximum of two inquiries a year, it is reported.

Zhou Danying, a member of the women’s federation in the city, has welcomed the move, saying the system will help protect people in the city from domestic violence.

The China Daily newspaper also notes approval from law professor Han Jin, who says this system “protects a person’s right to be informed about the personality of their significant other before tying the knot”.

The system has also been praised on Chinese social media, with many on the popular Sina Weibo microblog calling for it being rolled out nationwide.

Some say the new system should also include child abuse, noting that it is geared towards giving transparency of beatings and physical abuse, rather than sexual violence.

There have been growing calls in China in recent years to recognise and hold accountable people who have a history of domestic violence.

Before 2001, physical abuse was not even grounds for divorce. Laws only came into effect making domestic violence punishable by law in March 2016.

Concerns about victims of domestic violence have been growing amid lockdowns during the Covid-19 epidemic. News website Sixth Tone noted police reports on domestic violence doubled or tripled in some areas while citizens were under lockdown.

Last month, fears about domestic violence victims grew after China made it more difficult for couples to divorce, introducing a new 30-day “cool-off” period to allow both parties time to rethink their decision.

Social media users at the time voiced fears that the law could lead to some people being coerced into backtracking, and it could deter victims from speaking out or leaving violent relationships.

The law, which will come into effect at the beginning of 2021, is not applicable to families with a history of domestic violence, however there were also concerns that not all cases can be detected.

If you’ve been affected by domestic violence, help and support is available via the BBC Action Line.

Wed Jun 24 , 2020
Credit: Jumbo Privacy app Jumbo has launched an update to its service which allows users to take control over their Instagram and LinkedIn accounts. Jumbo, which launched in 2019, allows users sign in with their social accounts for apps including Facebook, Google, Amazon, and Twitter. The app then changes your […] 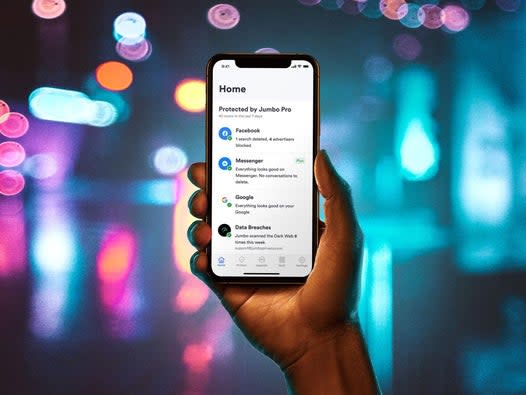