Sarah Ortbal, a sophomore at the University of Alabama in Tuscaloosa, said there was little supervision for quarantined students in her dorm complex. (Wes Frazer/The New York Times) Across the United States, colleges that have reopened for in-person instruction are struggling to contain the rapid-fire spread of coronavirus among tens […]

Across the United States, colleges that have reopened for in-person instruction are struggling to contain the rapid-fire spread of coronavirus among tens of thousands of students by imposing tough social distancing rules and piloting an array of new technologies, like virus tracking apps.

But perhaps their most complex problem has been what to do with students who test positive for the virus or come into contact with someone who has. To this end, many campuses are subjecting students to one of the oldest infection control measures known to civilization: quarantine.

Many public and private colleges have set aside special dormitories, or are renting off-campus apartments or hotel rooms to provide isolation beds for infected students and separate quarantine units for the possibly sick.

The general strategy has been supported by public health officials like Dr. Anthony Fauci, the nation’s top infectious disease expert, who say it is better to separate students until they are no longer contagious rather than send them home where they might infect their family and friends.

But in practice, many undergraduates and some epidemiologists say the policies have broken down, often in ways that may put students and college staff at risk. And that breakdown reflects the chaotic nature of this extraordinary semester, when schools are struggling to deliver both in-person and remote classes; to identify, isolate and treat coronavirus outbreaks; and to maintain safe behavior among sometimes unruly undergraduates.

At the University of Alabama in Tuscaloosa, with at least 1,889 virus cases since mid-August, and at the University of Notre Dame, with about 550 cases, students have reported their classmates for violating quarantine and wandering outside. At Iowa State University, which has reported more than 1,200 cases, a student who was waiting for his COVID-19 test results said he was sent back to his regular dorm room where he could have infected his roommate.

And at many campuses, students with confirmed or possible infections have flooded social media platforms to describe filthy rooms, meager food rations, lack of furniture, chaotic procedures and minimal monitoring from their universities.

At University of North Carolina at Chapel Hill, Brianna Hayes developed a fever after a week at school, went to campus health services and was immediately assigned to a quarantine dorm for students with virus risks. Two days later, the university informed Hayes, a first-year student from Wilmington, North Carolina, that she had tested positive and would need to move again, this time to a COVID-19 isolation dorm.

But there was no university staff in the dorm to help sick students, Hayes said, and no elevator. Feverish and exhausted from the virus, she made four trips up and down staircases to move her bedding and other belongings to her isolation room. During her week in isolation, she said, no one from the university came to check on her.

Amy Johnson, UNC’s vice chancellor for student affairs, said the school worked hard “to facilitate an easy and comfortable transition for students,” and to keep “lines of communication open.” With more than 900 student virus cases over the past month, the university switched to online instruction in mid-August, but it has permitted some students with demonstrated needs to remain on campus.

University officials say taking care of students with virus infections and exposures is logistically complex, involving dozens of employees from many departments. While sometimes acknowledging shortcomings in their programs, some schools also contend they are effectively sequestering students with possible infections and hampering the spread of the virus.

A number of universities said they were working to improve their outbreak responses. The University of Alabama said it had recently posted university police officers at its quarantine dorms while Notre Dame said it had hired security guards to monitor students in quarantine in hotels and off-campus apartments.

To try to stop the virus from spreading, other schools are moving students with infections to isolation units and then quarantining everyone remaining in their dorm. Purdue University in West Lafayette, Indiana, recently put 23 fraternities, sororities, and other student housing under complete or partial quarantine. Last week, Gettysburg College in Pennsylvania quarantined all students, requiring them to remain in their rooms, and is now sending most of them home to do online instruction — except for first-year students who will remain on campus, each with a single dorm room.

Some public health experts say the spotty oversight of quarantine dorms raises questions about whether universities have made more fundamental changes that might have helped them limit outbreaks in the first place — changes like significantly reducing dorm occupancy and repeatedly testing all students for the virus.

“Universities shouldn’t be bringing students back if they don’t have a reasonable and feasible plan in place to keep the infection from spreading on campus,” said Carl Bergstrom, a biology professor at the University of Washington. “Without a plan like that, they’re in a really bad position and you’re trying to mitigate the harm that you’ve caused.”

“The big picture here is that universities are providing opportunities for virus transmission on campus and, especially, off campus,” said Sarah Cobey, an epidemiologist at the University of Chicago who develops predictive virus models for the state of Illinois. “Universities are not taking responsibility for the risks they are creating.”

A student at North Carolina State University, which recently switched to online instruction after a spate of virus clusters, said he packed up and went home — learning only several days later that he had developed COVID-19. At Tulane University, several students with possible virus symptoms or exposures said the school had transferred them to a dorm with quarantine and isolation units where they shared suites and bathrooms — housing conditions that they worried could foster infections.

One of those Tulane students, Elena Markowitz, a sophomore, said she moved into an isolation unit after she developed symptoms and was awaiting the results of a virus test. There, Markowitz explained in a TikTok video, she discovered that her suitemate, with whom she shared a bathroom, had tested positive for COVID-19. Markowitz subsequently received negative test results.

“I realized they could have exposed me to more than one person with the virus,” Markowitz said in an interview.

Scott Tims, Tulane’s assistant vice president for campus health, said that the school had placed together only those students with similar virus exposures and that it had stationed nurses around the clock at the isolation dorm.

“They’re doing rounds every few hours, they check symptoms twice a day, they’re also doing room checks to make sure that students are there,” he said of the nurses. “We really want to make sure that the student is safe.”

At the University of Alabama, which is contending with one of the nation’s largest campus outbreaks, several students in the Highlands, a campus apartment complex with quarantine and isolation units, said the school had not stationed nurses on site and that they had observed classmates flouting quarantine.

Sarah Ortbal, a sophomore who lives in another wing of the Highlands, said she did not feel safe there after speaking with an infected student strolling outside the dorm and learning that quarantined students were allowed to use the communal laundry facilities.

She said she requested alternate campus housing only to be told by the university that, if she felt unsafe, she could cancel her housing contract and move off campus — a change she could not afford.

“I’m on a housing scholarship,” Ortbal said. “So it’s either live here for free or pay several thousand dollars to live off campus.”

Monica Watts, a spokeswoman for the University of Alabama, said the school was “constantly enhancing” support for students in isolation and quarantine housing. The school provided case managers, meal and pharmacy delivery, security and the personal cellphone number of a staff member for students to contact.

Watts added that the school was working to accommodate students’ relocation requests.

Another Alabama sophomore, Zoie Terry, from Birmingham, applauded the university for jumping into action after she tested positive for the virus, quickly sending her to isolate in the Highlands. Once she relocated, however, she said she felt anxious with no nurses or other staff coming by to check in on her. Students in isolation at other schools described similar experiences.

“One thing that needs to be taken care of more is the mental health aspect of it all because it is very, very scary having coronavirus,” Terry said of her isolation experience. “We’re college students. We just moved away from our homes and it’s very stressful.”

Tufts University near Boston, which started classes on Tuesday, is hoping to better manage virus risks than some of its peers. It has significantly reduced dorm occupancy and is testing all students for the virus twice a week. It has also installed modular residential units on tennis courts and a parking lot for up to 225 students with infections, rather than house them in a dorm.

Dr. Anthony P. Monaco, the president of Tufts, said the school decided against using the dorms partly because it did not want too many students sharing bathrooms and partly because the dorms lacked elevators, which might be needed in an emergency to transfer a sick student to a hospital.

“When we looked at our dorms, I was concerned as well as our medical staff,” Monaco said. “It just was much easier to order the temporary modular units.”

Many students applaud their universities’ efforts to contain the virus, saying they desperately want the schools to succeed so they can remain on campus. But they want their schools to step up their efforts.

Jack Hennen, 18, a first-year student at Iowa State University, said he asked the school for a virus test last month after a classmate developed COVID-19. After the test, he was sent back to his dorm room that he shares with a friend from home. When his test results weren’t ready the next day, Hennen grew concerned that he might infect his roommate and asked to move to a quarantine dorm.

But the day after Hennen moved into quarantine, the university informed him he had tested positive and transferred him to an isolation dorm. There, he worried that the school had overlooked his roommate, who was left in their dorm room even after Hennen tested positive.

“They are doing a good job for people who want to take initiative and don’t want to spread the virus,” Hennen said. “But I think they are letting too much stuff fly under the radar.”

Wed Sep 9 , 2020
Getty Images Welcome to #Adulting, the ultimate breakdown of all your grown-up needs. These articles are here to help you feel less alone and answer all your personal, financial, and career questions that weren’t answered in school (no judgment, we get it!). Whether you’re looking to find out how to […] 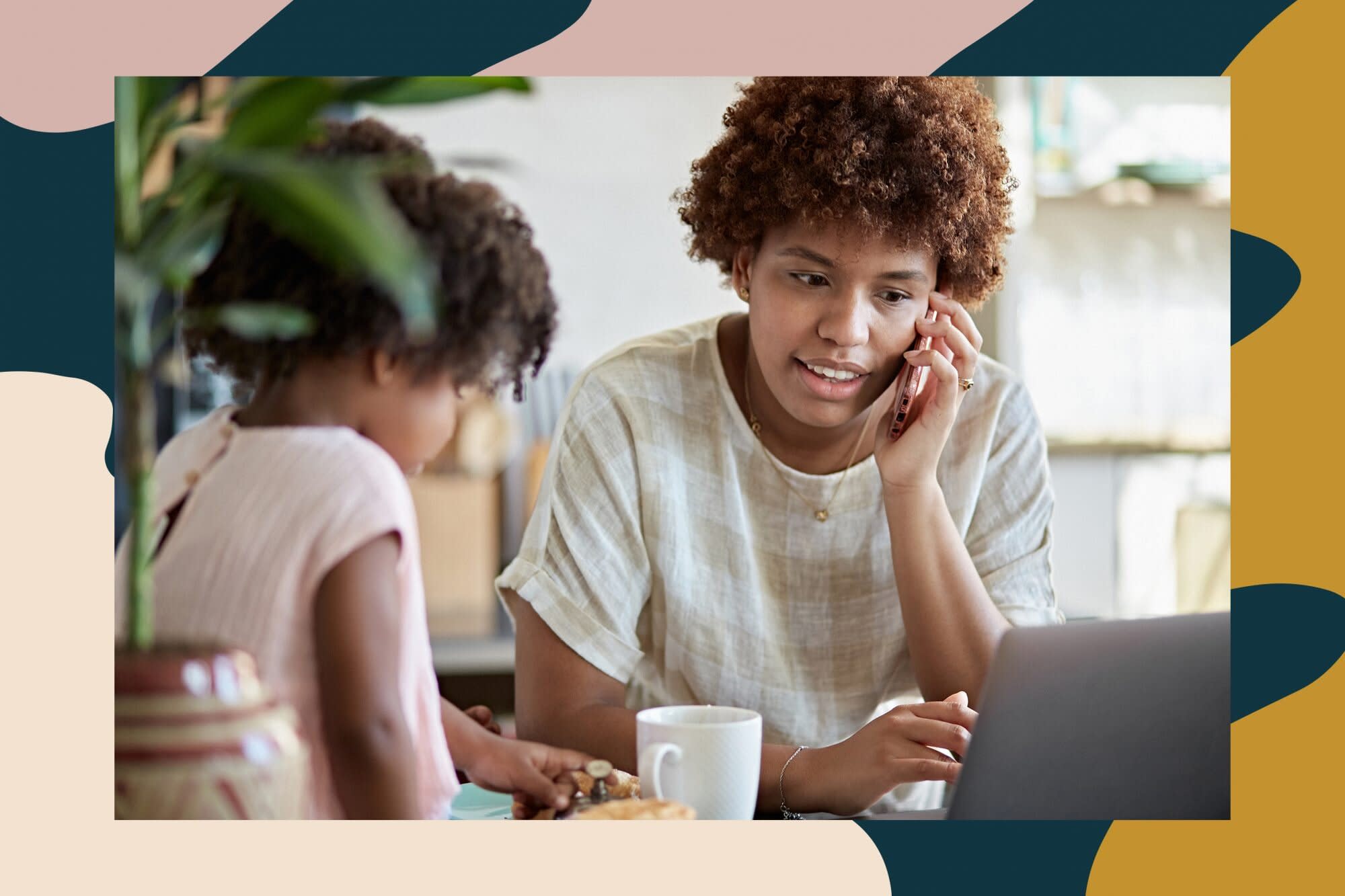