Joseph and Hannah with their father, Timothy, and grandmother Soon Sun in Washington in 2005. (Kim family) It had been five years since the Kim family had lived together in their Koreatown apartment, but the coronavirus brought them all back home. First, grandmother Soon Sun came home in mid-April after […]

It had been five years since the Kim family had lived together in their Koreatown apartment, but the coronavirus brought them all back home.

First, grandmother Soon Sun came home in mid-April after checking out of Olympia Convalescent Hospital, where she had lived for five years. The family worried, particularly her daughter Eun-Ju, about the spread of the virus in assisted living facilities.

Then the father, Timothy, closed up his acupuncture practice and started delivering sermons from home for his weekend job as a pastor at L.A. Nasung Church in La Crescenta. Eun-Ju, meanwhile, took care of the household while her children, 22-year-old Hannah Haein and 17-year-old Joseph, finished the school year at home, their classes now online.

But the homecoming was short-lived. After contact with sick patients through the nursing home and Timothy’s acupuncture practice, both Soon Sun and Timothy tested positive for COVID-19 in April. Eun-Ju also came down with serious symptoms of the illness.

The rest of the family tested positive later that month, including Hannah and Joseph. One after another, Soon Sun, Timothy and Eun-Ju were admitted to Good Samaritan Hospital by the end of the month, leaving Hannah and Joseph alone in the apartment.

Although her parents were older — Timothy was 68; Eun-Ju, 60 — Hannah felt that the women in her mom’s family were particularly strong, since many had lived to be more than 100. “We have a lot of grit and passion,” Hannah said. “My grandmother was alive and well, up until this virus.”

But when Soon Sun died just one week after being admitted to the hospital at age 85, Hannah took to Instagram to give her friends a warning: “This virus is not a joke.”

Hannah grew up with her grandmother, who immigrated from Seoul to live with the family in the small town of Randle, Wash. Soon Sun would always make “old school” Korean dishes like galbijjim and yakgwa for the family. Soon Sun and the kids would bring a ladder from their house to a local park to pick nuts from a huge gingko tree to add to their meals, Hannah remembered.

With their parents and grandmother hospitalized, Hannah and Joseph fended for themselves in the apartment. “At the beginning, it was really frightening,” Hannah said. “Not because we were scared of anything, but we were so lonely, and it was really quiet.”

They focused on the hospitalized members of their family, hoping they would be home again soon. But when their father died May 21, they scrambled for support. Hannah, who is finishing her coursework at Cal State Los Angeles, said the family barely had time to mourn.

“He was my favorite person,” Hannah said of her father, who was born just as the Korean War was ending and, she said, always had stories to tell.

Hannah and Joseph said their father’s sense of humor was powerful and that he could turn a sour conversation around. “We would be so mad one second, and the next second we’d be laughing,” Hannah recalled. “That’s what he did for our family.”

Although the family sometimes struggled financially, their father always found work so that Eun-Ju could focus on taking care of the children and her mother. At one point, he worked as a real estate agent, and once as a businessman for a solar panel company. When they first moved to Los Angeles, he worked for World Vision, a nonprofit that provides humanitarian aid for children.

The children tried to keep news of their father’s death from their mother as she battled the virus in the ICU. But she could tell something was wrong. After all, the couple had been married more than 20 years.

Hannah has vowed to take care of her mother now.

“I’ve already lost my dad, and I promised my dad I would take care of my mom,” she said. “And that’s what I’m going to do.”

Although Eun-Ju finally beat COVID-19, her lungs were so severely damaged she was placed on a ventilator, in need of a double-lung transplant. But she was rejected as a transplant candidate by UCLA Medical Center, the hospital tied to her insurance. Last week, however, she was admitted to LAC+USC Medical Center, where she is now doing physical therapy while being evaluated for a transplant. She is still on a ventilator, unable to speak.

“I am my mother’s voice,” Hannah said. “I’m fighting for my mom’s life, and it’s not going to be over until she comes home.”

When Eun-Ju was admitted, Hannah and Joseph waited five hours to see if they would be allowed into the hospital to see her, but they only managed to catch a glimpse of their mother being taken from an ambulance and disappearing into an elevator.

“I am determined to bring her home,” Hannah said. “There’s no question about her getting a lung transplant; she’s going to get it, and she’s going to come home, whatever it takes.”

Right before Eun-Ju was sent to the hospital, Hannah and Joseph found out that developers had purchased their apartment building and that they were to be evicted in August. Hannah said she told the developers about her family’s situation, but they refused to slow their plans to demolish the building. “It made my blood boil,” Hannah said.

Hannah’s supervisor and mentor for her internship at the Koreatown Youth and Community Center, Katherine Kim, started a GoFundMe page, which has raised more than $480,000 from over 10,000 donors. The donations will be used for housing and moving costs, funeral expenses, living expenses, a college fund and savings.

Hannah also raised funds selling stickers on her art Instagram, but she received so many orders, she had to close her store as she worked to keep up with her busy schedule of meetings on her mom’s medical care, as well as talking with the media in an effort to further her mother’s cause.

With Hannah taking care of the “business” side of things, Joseph has been helping cook and clean at home. “We’re just trying to make it as comfortable as we can for my mom’s homecoming,” Hannah said.

They also have been attending online services at Mijoo Peace Church, where they’ve been members since they came to L.A. 10 years ago. “We need that kind of support, and they’ve done that for us spiritually,” Hannah said.

Now, the family’s main concerns are finding housing and getting a lung transplant for Eun-Ju.

“I’ll rip out my lung for her if I have to,” Hannah said. “She’s our family’s rock, and she’s the strongest person I know.”

Tue Jun 23 , 2020
WAUWATOSA, WI — Businesses looking to make on-the-fly adjustments to reopen amid the COVID-19 pandemic received a boost this week after city officials found a way to cut down the time needed to get city approval for local businesses. “COVID-19 has had an unprecedented impact on the Wauwatosa small business […] 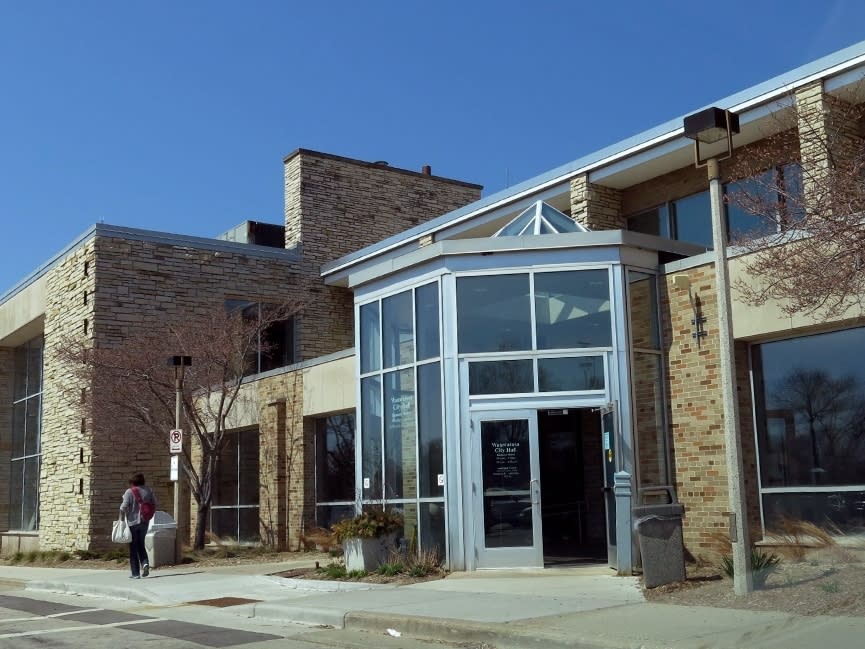