The District has administered 26,672 vaccine doses through its first round of inoculations, which included health-care workers and front-line emergency workers. An additional 18,753 doses set aside for that group have yet to be administered.

The city expects to receive about 8,300 vaccine doses this week for the next round of inoculations, which will be conducted under three tiers.

The first tier will include residents 65 and older, people and staff in congregate settings such as group homes and homeless shelters, correctional officers and non-health-care personnel supporting operations of coronavirus vaccination clinics.

The second tier will include inmates inside correctional facilities and detention centers, law enforcement and other public safety officers, staff working in public schools, child-care workers and grocery store employees.

Last in line for the second round will be courthouse employees and other residents providing legal services, those who work in health, human services and social services programs, public transit workers, manufacturing workers, those who handle food packaging and distribution, and U.S. Postal Service employees.

D.C. residents can make vaccination appointments through the District’s online portal by calling the city health department or through their health-care provider. D.C. health director LaQuandra Nesbitt said officials expect that demand for vaccines will rise after some initial concerns about side effects.

“Seniors were up and on the Web this morning, before 8 a.m., scheduling appointments,” Nesbitt said. “We believe uptake is going to be high.”

The rollout of the additional vaccines came as the region’s seven-day average for new coronavirus cases continued to escalate, reaching a high Monday of 8,545.

In Virginia, public health districts in Arlington, Fairfax, Loudoun and Prince William counties, the city of Alexandria, as well as the Southwest region west of Roanoke, also began taking appointments Monday for their second phase of vaccine distributions.

As of Monday, the state had administered 189,283 vaccine doses to health care workers and residents in long-term care facilities covered under the first round, according to the Virginia health department.

The next round of inoculations includes people 75 and older; people living in correctional facilities, homeless shelters and migrant labor camps; and a large and varied category of front-line essential workers who cannot work remotely.

As worries climb about the region’s growing number of infections, eligible residents seeking vaccine appointments lit up local health department phone lines Monday, making it hard for others to get through.

“If you are calling to make an appointment, please note that our call center is experiencing high volume,” an alert posted to the Fairfax County Health Department website said, steering residents to an online portal.

Public health officials urged people in those groups to be patient as they work through the logistics of the vaccinations.

“We know that our essential workers and older adults are eager to get vaccinated, and we are eager to facilitate vaccination for as many people as possible in the weeks ahead,” David Goodfriend, director of the Loudoun County Health Department, said in a statement.

The state’s largest public employee union criticized Gov. Larry Hogan’s vaccine rollout, complaining that little information has been given to front line employees who work in congregant settings or in social services.

“The complete lack of planning and communication is, it’s scary,” said Patrick Moran, president of the American Federation of State, County and Municipal Employees Maryland Council 3, during a virtual news conference.

Moran said more than 10 percent of the 30,000 employees in the union have been infected with the virus since March. Six of its members have died.

Workers in prisons and state hospitals are “only now starting to get the vaccines that they need,” Moran said. Those who work for the Department of Juvenile Services and the Department of Human Services, he said, have received no insight on when vaccines will be made available to them.

A spokesman for Hogan (R) did not respond Monday to a request for comment.

Officials in Montgomery County, the state’s most populous jurisdiction, said the jurisdiction is “pushing every button” to administer doses more quickly. But, officials said, they have limited control over the implementation of the vaccination programs at hospitals and nursing homes.

“There’s so much out of our control,” County Council Vice President Gabe Albornoz (D-At large) said during a Monday news conference.

Montgomery officials said the county expected to end Monday with about 83 percent of its nearly 13,000 doses administered to residents. Still, that’s not enough to push the county into the next round of inoculations, officials said.

In the District, officials said they are monitoring the health effects of last week’s pro-Trump rally and ensuing insurrection, in which thousands of the president’s supporters gathered downtown without wearing masks before some stormed the Capitol.

On Sunday, Brian P. Monahan, the attending physician to Congress, notified members of the House and Senate they might have been exposed to someone with a coronavirus infection while hiding from rioters. He encouraged them to get tested.

Nesbitt said she has been in “constant communication” with Monahan to gauge the possibility that others in the city also were exposed.

“We have been close partners and close allies in ensuring that there is no transmission, that anything that happens on the Hill does not have outflow into the District of Columbia,” Nesbitt said.

Rebecca Tan contributed to this report.

Mon Jan 11 , 2021
COVID-19 vaccines finally became available to teachers, cops and the elderly in New York on Monday — but only if they can navigate the city’s baffling registration system. Would-be vaccine recipients say the Big Apple’s system to sign up for a shot is a confusing mess, involving three buggy websites, […] 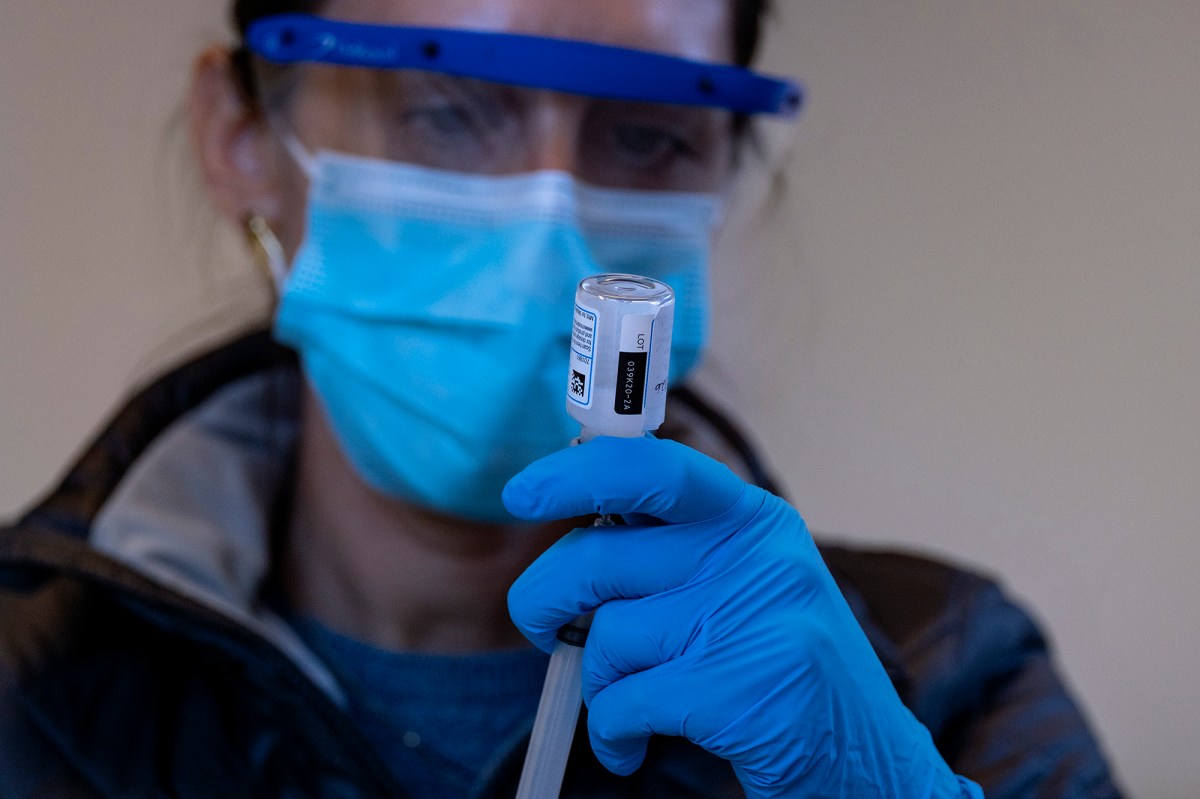