Washington state cut both merit raises and instituted furloughs as it faced a projected $8.8 billion budget deficit because of the coronavirus. Wolfgang Kaehler/LightRocket via Getty Images Nationwide, state and local government leaders are warning of major budget cuts as a result of the pandemic. One state – New York […]

Nationwide, state and local government leaders are warning of major budget cuts as a result of the pandemic. One state – New York – even referred to the magnitude of its cuts as having “no precedent in modern times.”

Without more federal aid or access to other sources of money (like reserve funds or borrowing), government officials have made it clear: Budget cuts will be happening in the coming years.

And while specifics are not yet available in all cases, those cuts have already included reducing the number of state and local jobs – from firefighters to garbage collectors to librarians – and slashing spending for education, social services and roads and bridges.

In some states, agencies have been directed to cut their budget as much as 15% or 20% – a tough challenge as most states prepared budgets for a new fiscal year that began July 1.

As a scholar of public administration who researches how governments spend money, here are the ways state and local governments have reduced spending to close the budget gap.

State and local governments laid off or furloughed 1.5 million workers in April and May.

They are also reducing spending on employees. According to surveys, government workers are feeling personal financial strain as many state and local governments have cut merit raises and regular salary increases, frozen hiring, reduced salaries and cut seasonal employees.

A survey from the National League of Cities shows 32% of cities will have to furlough or lay off employees and 41% have hiring freezes in place or planned as a result of the pandemic.

Employment reductions have met some resistance. In Nevada, for example, a state worker union filed a complaint against the governor to the state’s labor relations board for violating a collective bargaining statute by not negotiating on furloughs and salary freezes.

Most of the employee cuts have been made in education. Teachers, classroom aids, administrators, staff, maintenance crews, bus drivers and other school employees have seen salary cuts and layoffs.

Residents also face the consequences of these cuts: They can’t get ahold of staff in the city’s water and sewer departments to talk about their bill; they can’t use the internet at the library to look for jobs; their children can’t get needed services in school.

Most of these cuts have been labeled temporary, but with the extensions to stay-at-home orders and a mostly closed economy, it will be some time before these employees are back to work.

As another way to reduce costs quickly, a National League of Cities survey shows 65% of the municipalities surveyed are stopping temporarily, or completely, capital expenditure and infrastructure projects like roads, bridges, buildings, water systems or parking garages.

[Expertise in your inbox. Sign up for The Conversation’s newsletter and get expert takes on today’s news, every day.]

In New York City, there is a US$2.3 billion proposed cut to the capital budget, a fund that supports large, multiyear investments from sidewalk and road maintenance, school buildings, senior centers, fire trucks, sewers, playgrounds, to park upkeep. There are potentially serious consequences for residents. For example, New York housing advocates are concerned that these cuts will hurt plans for 21,000 affordable homes.

Suspending these big money projects will save the government money in the short term. But it will potentially harm the struggling economy, since both public and private sectors benefit from better roads, bridges, schools and water systems and the jobs these projects create.

Delaying maintenance also has consequences for the deteriorating infrastructure in the U.S. The costs of unaddressed repairs could increase future costs. It can cost more to replace a crumbling building than it does to fix one in better repair.

In many states, the new budgets severely cut their aid to local governments, which will lead to large local cuts in education – both K-12 and higher education – as well as social programs, transportation, health care and other areas.

New York state’s budget proposes that part of its fiscal year 2021 budget shortfall will be balanced by $8.2 billion in reductions in aid to localities. This is the state where the cuts were referred to in the budget as “not seen in modern times.” This money is normally spent on many important services that residents need everyday –mass transit, adult and elderly care, mental health support, substance abuse programs, school programs like special education, children’s health insurance and more. Lacking any of these support services can be devastating to a person, especially in this difficult time.

As teachers and administrators figure out how to teach both online and in person, they and their schools will need more money – not less – to meet students’ needs.

Libraries, which provide services to many communities, from free computer use to after-school programs for children, will have to cut back. They may have fewer workers, be open for fewer hours and not offer as many programs to the public.

Parks may not be maintained, broken playground equipment may stay that way, and workers may not repave paths and mow lawns. Completely separate from activists’ calls to shift police funding to other priorities, police departments’ budgets may be slashed just for lack of cash to pay the officers. Similar cuts to firefighters and ambulance workers may mean poorly equipped responders take longer to arrive on a scene and have less training to deal with the emergency.

To keep with developing public safety standards, more maintenance staff and materials will be needed to clean and sanitize schools, courtrooms, auditoriums, correctional facilities, metro stations, buses and other public spaces. Strained budgets and employees will make it harder to complete these new essential tasks throughout the day.

Colorado was able to hold its budget to only a 3% reduction, relying largely on one-time emergency reserve funds. Delaware managed to maintain its budget and avoided layoffs largely through using money set aside in a reserve account.

Nobody knows how long the pandemic, or its economic effects, will last.

In the worst-case scenario, budget officials are prepared to make steeper cuts in the coming months if more assistance does not come from the federal government or the economy does not recover quickly enough to restore the flow of money that governments need to operate.

This article is republished from The Conversation, a nonprofit news site dedicated to sharing ideas from academic experts.

Carla Flink does not work for, consult, own shares in or receive funding from any company or organization that would benefit from this article, and has disclosed no relevant affiliations beyond their academic appointment. 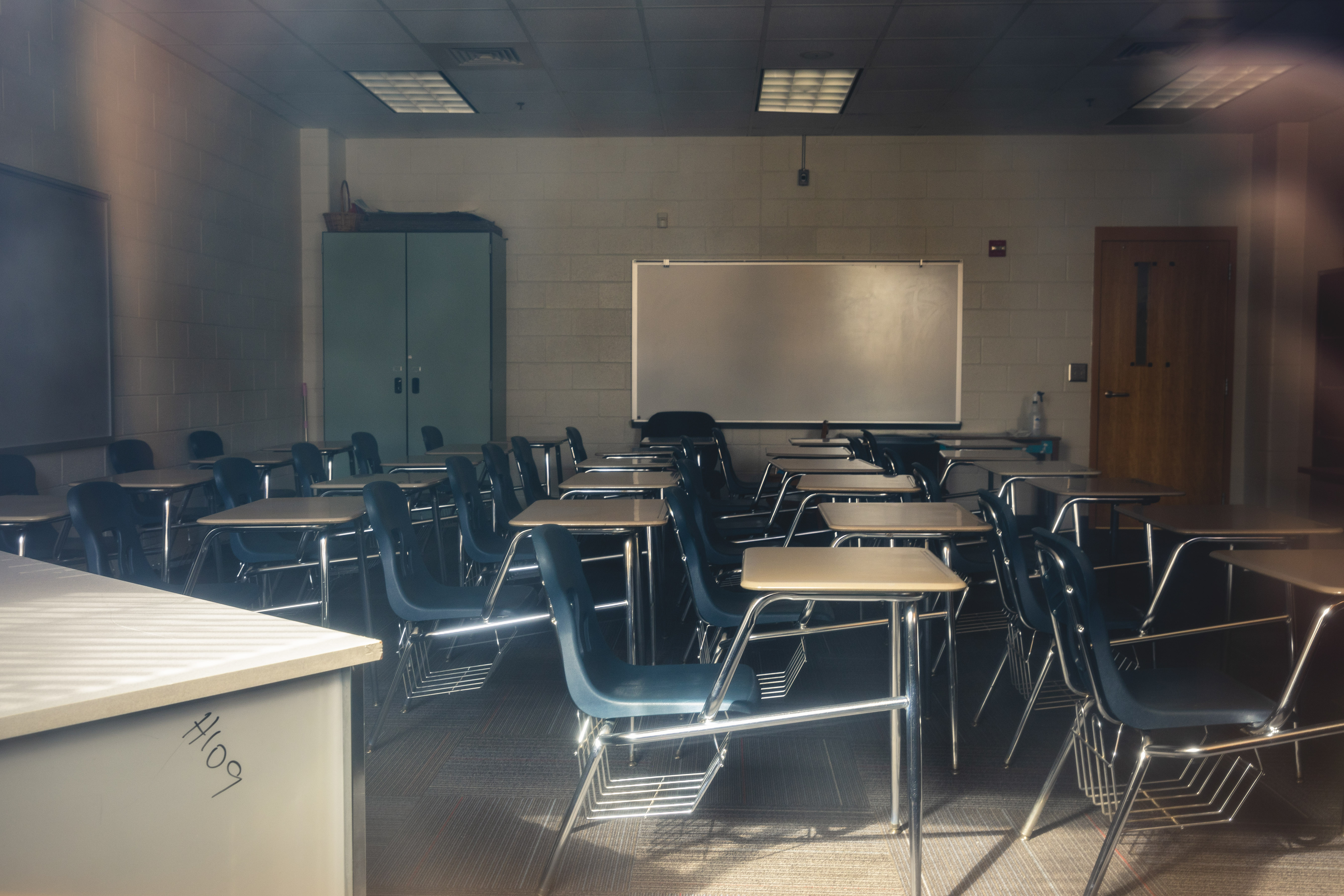