Saudi Arabian legal scholar Abdullah Alaoudh has become adept at spotting state-backed harassment. From the daily barrage of insults and death threats from the network of online bots and trolls known as the regime’s “flies,” Alaoudh says he’s learned to differentiate serious risks from annoyances, report threats to the appropriate […]

Saudi Arabian legal scholar Abdullah Alaoudh has become adept at spotting state-backed harassment. From the daily barrage of insults and death threats from the network of online bots and trolls known as the regime’s “flies,” Alaoudh says he’s learned to differentiate serious risks from annoyances, report threats to the appropriate local authorities, and continue with his human rights advocacy undeterred.

But a recent message stood out from the usual tirade in content if not in tone. In July, he received a Twitter message from somebody vowing to “take advantage of what they called the chaos in the U.S. and kill me on the streets,” Alhaoudh tells TIME by phone from Washington, where he is a senior fellow at Georgetown University. Although the message ended with a predictable sign-off, “your end is very close, traitor,” Alaoudh was more struck by what he took to be a reference to protests and unrest in the months leading up to the U.S. elections.

Online trolls are far from alone in keeping close tabs on the Nov. 3 elections. For dissidents living outside the Kingdom, the American election has personal as well as political implications. On one side is an incumbent who has boasted he “saved [Crown Prince Mohammed bin Salman’s] ass” from recriminations over his alleged role in the murder of Washington Post columnist Jamal Khashoggi. On the other is Democratic challenger Joe Biden, who last year said he would make Saudi Arabia a “pariah,” singled out the kingdom for “murdering children” in Yemen, and said there’s “very little social redeeming value in the present Saudi leadership.”

For some, like Alaoudh, those words offer a glimmer of hope that relatives detained in the kingdom might have improved prospects of release should Biden win in November. “I hope a new administration that signals a new approach to Saudi Arabia can really ask for the release of political prisoners,” says Alaoudh, whose father, the reformist Muslim scholar Salman al-Odah was arrested in September 2017 and faces the death penalty. Alaoudh is wary of reading too much into U.S. election campaign rhetoric, he says, “but what I’m sure of is that a Biden Administration would not be as compliant and affectionate with Saudi Arabia as Trump has been.”

Al-Odah is one of hundreds detained or imprisoned in Saudi Arabia for activism of criticism of the government. He was arrested only hours after he tweeted a message to his 14 million followers calling on Saudi Arabia to end its blockade of the tiny Gulf Emirate of Qatar, Alaoudh says. Although he has languished in pre-trial detention for more than three years, Saudi Arabia executed a record number of people in 2019. Court documents list al-Odah’s charges as including spreading corruption by calling for a constitutional monarchy, stirring public discord, alleged membership of the Muslim Brotherhood, and “mocking the government’s achievements.”

Saudi Arabia was the destination for Trump’s first trip overseas in May 2017, a visit that set the tone for the strong alliance that has persisted ever since. Photographs of Trump palming a glowing orb alongside Egypt’s President Abdel Fattah el-Sisi and Saudi Arabia’s King Salman made headlines, as have his claims of the number of jobs the bumper deals he struck in the kingdom would create, ranging from 450,000 to “a million,” (the actual total is between 20,000 to 40,000, according to May report by the Center for International Policy.)

But subsequent behind-the-scenes meetings between Trump’s special advisor and son-in-law Jared Kushner’s and King Salman’s son Mohammed bin Salman (known as MBS) proved at least as significant as the President’s headline announcements. MBS is reported to have bragged to the powerful Crown Prince of Abu Dhabi Mohamed bin Zayed that he had Kushner “in his pocket.”

Whether the First Family’s relations with MBS are a product of the Trump’s general embrace of authoritarians, the historic ties between the U.S. and the Al Saud that date back to 1943, or business interests in the region is unclear, says Stephen McInerney, Executive Director at the non-partisan Washington-based Project on Middle East Democracy (POMED). What is clear, he says, is that “Trump and his family—and in particular Jared Kushner—have close personal ties to Mohammed Bin Salman.”

That closeness has translated into a reluctance to confront Saudi Arabia over its human rights abuses. Although McInerney says this has been the case for past administrations, the extent to which the U.S. President has “gone out of his way to cover for MBS” has caused alarm, even among those with a vested interest in maintaining the status quo: “at times there has been real bipartisan frustration or even outrage with him.”

No case demonstrates this more clearly than that of Jamal Khashoggi, the Saudi journalist murdered and dismembered inside the Kingdom’s consulate in Istanbul in October 2018. Two weeks after Khashoggi’s murder, Trump publicly mulled the possibility he was killed by a “rogue actor” — in line with what would become the Saudi narrative as outrage grew. After the Washington Post reported that the CIA had concluded that MBS had ordered Khashoggi’s death, Trump refuted the report. In 2019, Trump disregarded a law requiring a report to Congress on who was responsible for Khashoggi’s murder.

This March, bipartisan leaders of the Senate Intelligence Committee sent a letter to acting Director of National Intelligence Richard Grenell urging him to declassify information on Saudi Arabia’s killing of the journalist after they were given a redacted copy.

“I have no doubt that Donald Trump did protect and save whatever part of MBS’s body,” Agnes Callamard, the U.N.’s special rapporteur for extrajudicial killings tells TIME, referring to the now notorious comments the president made to veteran investigative reporter Bob Woodward that he saved the crown prince’s “ass.” Trump “protected the individual rather than the state,” she says.

Callamard says she would expect a Biden administration, “at a minimum, not to undermine the U.S.’s own democratic processes,” as Trump did in vetoing bipartisan bills pertaining to the Khashoggi murder and the sale of weapons to Saudi Arabia that were used in the Yemen war. In May, Trump fired a state department watchdog who was in the process of investigating the declaration of a “national emergency” to justify those arms sales. Callamard adds that she would also expect a President Biden to not “justify violations by others or suggest that the U.S. doesn’t care about violations because of its economic interests.”

As a Democratic candidate, Biden has taken a tough tone on Saudi Arabia. A statement on his campaign website says as President Biden would “reassess” relations with the Kingdom, “end US support for Saudi Arabia’s war in Yemen, and make sure America does not check its values at the door to sell arms or buy oil.” The statement adds that Biden will “defend the right of activists, political dissidents, and journalists around the world to speak their minds freely without fear of persecution and violence.”

What that means in practice remains an open question — especially as, when Biden was Vice-President, the Obama Administration supported Saudi Arabia’s war in Yemen and sold more arms to the kingdom than any of his Republican or Democratic predecessors. “I think there would be some international debate between those who want a very assertive change in the U.S.–Saudi relationship and those who would be more cautious,” says McInerney. “The more cautious approach would be in line with historical precedent.”

In recent interviews, several diplomatic and intelligence sources told Reuters it was unlikely that Biden would upend U.S. relations with Saudi Arabia but that he might place stronger conditions on U.S. support—for example, demanding public concessions such as the release of jailed women’s rights defenders.

Most prominent among those defenders is Loujain al Hathloul. Arrested only weeks before MBS lifted the Kingdom’s long-standing ban on women driving she had long pushed for, Saudi authorities tortured and sexually abused al Hathloul while she was in prison, her family says. On Oct 27, Hathloul began a new hunger strike in protest at authorities’ refusal to grant her a family visit in two months.

Hathloul’s Berlin-based sister Lina al Hathloul tells TIME she has “no doubt” Saudi authorities would have treated her sister differently had Trump’s administration raised any objection. “The only thing that allows them to ignore all the international pressure is that the White House has not talked about it, and has not given a clear message to the Saudis telling them that they don’t agree with this,” Hathloul says.

If Trump is re-elected, then experts see little chance of him changing tack—in fact, says Callamard, it would pose “a real test” for the resilience of the democratic institutions committed to upholding the rules-based order.

In the meantime, not everyone is waiting in expectation for justice to come from the Oval Office. Last week Khashoggi’s widow Hatice Cengiz filed a Federal Lawsuit at a Washington D.C. court aimed at suing MBS and more than 20 “co-conspirators” over her husband’s murder.

Joining Cengiz as a claimant in the lawsuit is Democracy for the Arab World (DAWN), the civil society organization Khashoggi was working to build before his death. “Just the fact that we are filing the lawsuit here in Washington D.C. is a sign that we still have faith that there are other ways to pressure the Saudi government,” says Alaoudh, who serves as DAWN’s research director. “That’s the case no matter who wins the election.”

Get The Brief. Sign up to receive the top stories you need to know right now.

For your security, we’ve sent a confirmation email to the address you entered. Click the link to confirm your subscription and begin receiving our newsletters. If you don’t get the confirmation within 10 minutes, please check your spam folder.

Are you owed stimulus money? Here’s how to claim it

Fri Oct 30 , 2020
JACKSONVILLE, Fla. – While the future of a second round of stimulus money is still up in the air, 567,000 Floridians have yet to claim their first round of stimulus payments. The deadline for people to collect that those payments was recently extended to Nov. 21. “It’s only one phone […] 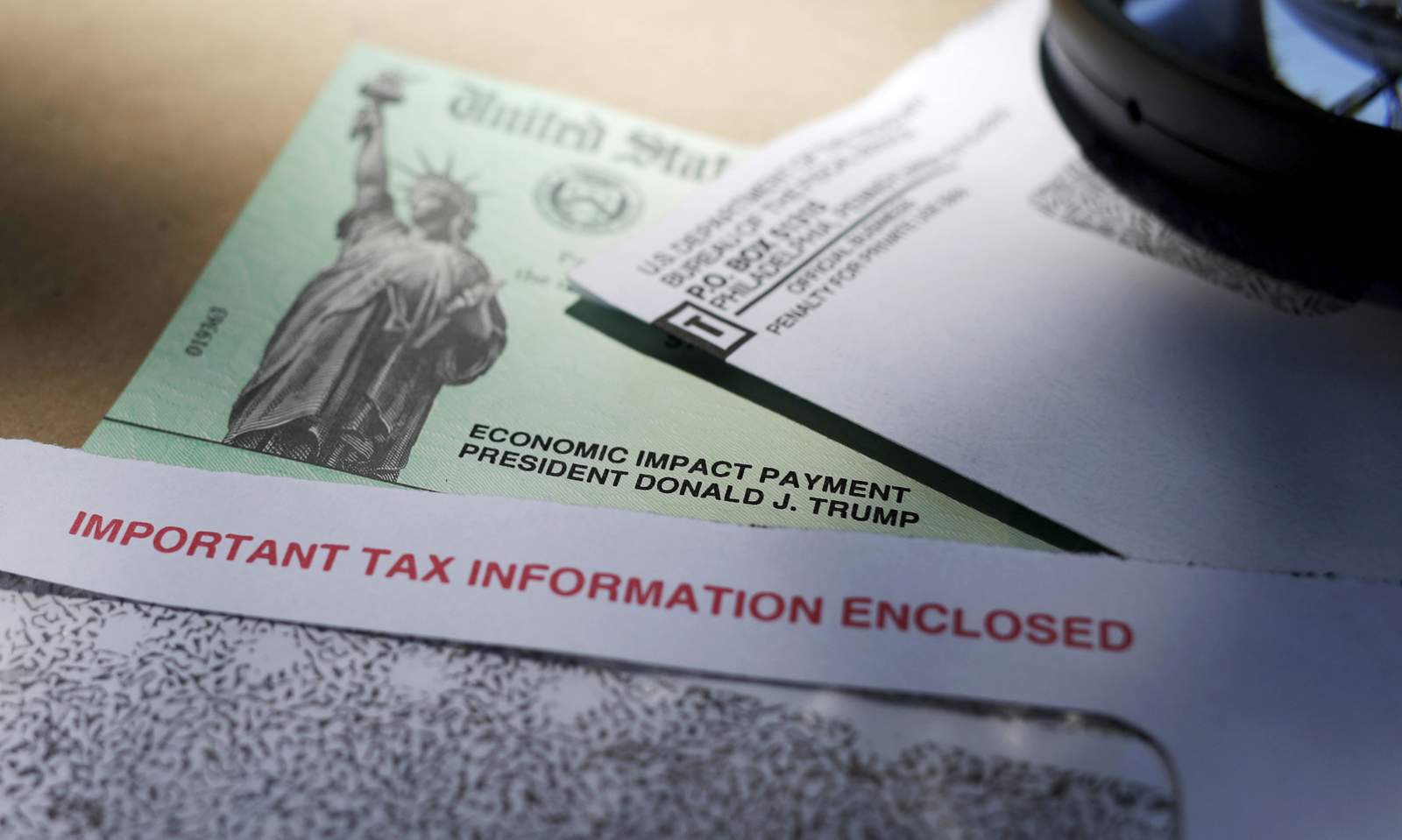