On Nov. 10, the U.S. Supreme Court will hear oral arguments in California v. Texas, a case that asks: When Congress eliminated the penalty for not carrying health insurance, did that make the whole Affordable Care Act (ACA) unconstitutional? In the midst of the pandemic, this question takes on urgency […]

On Nov. 10, the U.S. Supreme Court will hear oral arguments in California v. Texas, a case that asks: When Congress eliminated the penalty for not carrying health insurance, did that make the whole Affordable Care Act (ACA) unconstitutional? In the midst of the pandemic, this question takes on urgency for COVID-19 survivors.

If the ACA is struck down, protections for pre-existing conditions will go with it. That could mean tens of millions of Americans could be charged higher premiums or even denied health insurance coverage altogether.

Before the enactment of the ACA in 2010, insurance companies used pre-existing conditions such as diabetes, heart disease or even seasonal allergies as a rationale to deny or discontinue coverage, or dramatically raise premiums. There was even a process called rescission, where insurers retroactively canceled an individual’s insurance coverage if even a minor pre-existing condition was not reported when the policy was opened.

Without these ACA protections, there are several ways that an insurance company might consider COVID-19 to be a pre-existing condition to discriminate against applicants and policyholders.

Given the chronic problems associated with some COVID-19 cases, it is possible that some insurers would place restrictions on anyone who had a confirmed case of COVID-19. As of late October, there have been about 5.8 million confirmed cases among people under the age of 65 (and therefore not eligible for Medicare in most circumstances), and those numbers keep rising. If a history of COVID is considered to be a pre-existing condition, access to affordable insurance will be greatly diminished for those in the South and parts of the Great Plains (North and South Dakota, in particular) and Midwest.

Access to testing was limited in the earlier days of the pandemic, so many other COVID-19 infections were not identified. But some of those may be detected in the future with antibody testing. A portion of this population may also have significant long-term health consequences, and insurers may want to avoid that risk, which would put a total of 23 million people or more at risk of being flagged with a pre-existing condition.

More than a quarter of people in the state of New York could be at risk of being flagged as having had a pre-existing condition based on antibody testing. Louisiana, Illinois and states in the mid-Atlantic and portions of New England also have high levels of positive antibody tests that could be considered signs of a pre-existing condition. These numbers will only grow and could be more than two or three times as high or higher before the pandemic is under control. In practice, it may be challenging for insurance companies to exclude or apply rescission on all COVID-19 survivors without a positive test, but this does suggest a scale of the population who may be vulnerable.

COVID-19 has not spread evenly through the population. Black and Latino populations, low-income Americans and essential workers have been particularly hard hit. In a world without the ACA, this would, perversely, mean that the demographic groups most affected by COVID-19 will have the least access to affordable health care.

The threat of being denied insurance because of a COVID-19 diagnosis could also change behavior. Specifically, individuals might avoid getting tested. Conversely, the same threat may encourage some people to take precautions like wearing face masks and social distancing and to get vaccinated when available.

The Affordable Care Act is far from perfect, but its protections are particularly relevant to this pandemic. While that may not have bearing on the constitutional question before the Supreme Court, policymakers should consider the potential implications for millions of COVID-19 survivors if the ACA is struck down.

Carter C. Price is a senior mathematician at the nonprofit, nonpartisan RAND Corporation who worked on the COMPARE microsimulation model to study the impact of health care reform. Raffaele Vardavas is a mathematician at RAND and a member of the Pardee RAND Graduate School faculty who constructs and analyzes epidemic models.

Wed Nov 4 , 2020
Jack Ma’s Ant shares are reportedly worth $17bn The stock market debut by Chinese tech giant Ant Group has been halted after its Shanghai listing was suspended. Shanghai authorities said the group had reported “changes in the financial technology regulatory environment”, leading to the suspension. The listing in Shanghai and […] 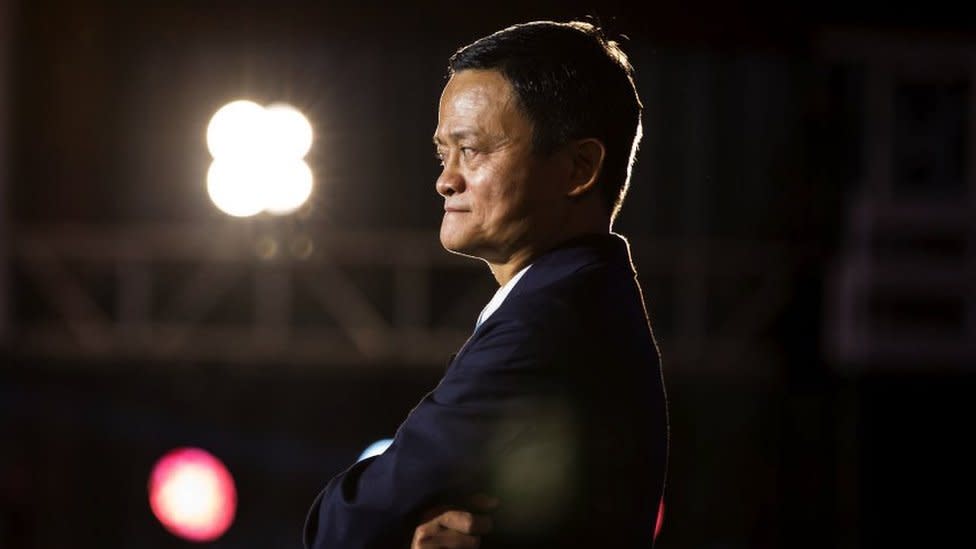