COVID-19 has been with us for more than half a year and a passenger jet’s worth of nursing home residents are still dying from it every day. But it seems neither the president, his allies nor the country as a whole appreciates the magnitude of tragedy ― or the need […]

COVID-19 has been with us for more than half a year and a passenger jet’s worth of nursing home residents are still dying from it every day. But it seems neither the president, his allies nor the country as a whole appreciates the magnitude of tragedy ― or the need to do something about it.

There were 9,715 confirmed COVID cases reported in nursing homes in the last week of July, according to newly released figures compiled from federal data by the American Health Care Association and National Center for Assisted Living. That was up from the previous week and, more important, it’s the highest that it’s been since the federal government began collecting these statistics, back in May.

As cases in nursing homes have gone up, so have deaths: They reached 1,706 in the last week of July. The math works out to 244 per day, or roughly what a mid-size Airbus or Boeing plane carries at full capacity. Deaths tend to be a lagging indicator of the disease spread, which means the rate is likely to keep going up for some time even when the caseloads start going down.

All of this was quite predictable ― and was quite predicted. Following the first big COVID outbreak at a nursing home outside of Seattle, experts warned that the pandemic would devastate the long-term care population, including those in less intensive assisted living facilities and group homes for adults. These people are among the most vulnerable to severe effects of COVID-19, because they are either frail, unable to take care of themselves or both, and because the physical realities of congregant living make transmission from resident to resident so easy.

As we all now know, the response from Washington and many states was late, inadequate and sometimes misguided. More than 40% of all COVID deaths in the U.S. have been in long-term care. In raw numbers, that is about 68,000 people ― which, to use another comparison, is close to what a typical NFL stadium holds.

But COVID’s toll on those in long-term care feels increasingly like an afterthought in politics and media coverage of the pandemic, as if the high death toll were inevitable even though it’s very clearly not.

“I find it really disheartening that we couldn’t apply the lessons learned from the earlier surges to prevent nursing home deaths now,” R. Tamara Konetzka, a University of Chicago public health professor who testified before Congress in May, told HuffPost this week. “This is a fundamental systemic issue of resources and coordination.”

A Failure To Contain The Pandemic Generally

The U.S. isn’t the only country where COVID has hit these facilities hardest. France, Italy, and Spain are among the European countries where it’s taken a similarly devastating toll on the long-term care population. Canada has struggled with this, as well.

Definitive international comparisons are not really possible, because nations use such different accounting systems, but it’s pretty clear that the U.S. is almost certainly not the worst among developed nations when it comes to limiting COVID-19’s spread among its most vulnerable citizens.

“I find it really disheartening that we couldn’t apply the lessons learned from the earlier surges. R. Tamara Konetzka, University of Chicago

But by the same token, the U.S. is clearly far from the best. Deaths in long-term care facilities are not nearly as prevalent in Germany, for example, and they’ve been practically non-existent in South Korea. The single biggest reason is that these are also the countries that have had the most success containing the pandemic more generally. Keeping the virus from spreading in the community is the surest way to keep it from getting into long-term care facilities.

Sure enough, the latest evidence ― from the AHCA/NCAL report and a previous one from the Henry J. Kaiser Family Foundation ― shows that the spike in nursing home cases is coming from the Sunbelt, which is also where confirmed cases have been on the rise.

To put it differently, the recent rise in nursing home cases and deaths is, first and foremost, an indictment of the national COVID response.

A Failure To Stop The Pandemic In Nursing Homes

But even in places where COVID is circulating widely within the community, there are ways to keep it out of long-term care facilities ― or, at least, contain its spread within.

Take, for example, these places that were able to limit or prevent cases: a small religious facility in Baltimore, a state-run veterans homes in California, and a group of nursing homes in Detroit and western Michigan. Their strategies weren’t identical, but the common elements ― besides attentive, conscientious leadership ― are that they provided enough testing, personal protective equipment (PPE) gear and staff.

This isn’t a brand-new revelation. The need to guarantee more supplies and personnel to long-term care facilities has been obvious for a while, which is what makes the current rise in cases so mystifying and horrifying.

It was one thing to watch COVID ravage nursing homes in February and March, when scientists were still trying to understand the virus and long-term care facilities, following decades of neglect, were caught unprepared. But the nursing homes in Georgia are having the same problems that the ones in New Jersey did back in the late winter and early spring, as if the threat was brand new.

And they’re not getting the assistance they need. The Trump administration had made a big deal about providing protective gear and testing to the facilities, but these highly publicized deliveries of masks and gowns were limited in quantity and included batches that staff found unusable.

Mostly the federal response has relied on getting money to the states and facilities, and letting them acquire material ― something many have simply not been able to do on their own. And while testing is certainly more available than it was months ago, facilities are still not testing as regularly as public health officials recommend, with lack of adequate supplies a likely reason.

Rectifying the staffing issue in particular would require a large infusion of money ― because, without hazard pay or some other way to boost salaries for underpaid and overworked caregivers, facilities simply can’t recruit the workers they need.

But efforts to include hazard pay in coronavirus relief packages have failed. Democrats pushed for it, as did Sen. Mitt Romney (R-Utah). But the GOP Senate proposal left it out and the Trump administration has not pushed for it.

Without that money and without a more aggressive effort to guarantee supplies, both case numbers and deaths inside long-term care facilities will probably keep rising. It seems like a government ― and a society ― that valued those lives would be trying harder to save them.

Thu Aug 20 , 2020
Aimy Steele says she’s still in shock. The Democratic candidate was always determined to raise more money this election than she did in 2018, when her unsuccessful campaign collected less than $100,000 running for a state House seat outside of Charlotte, N.C. But in 2020, the former school principal began […] 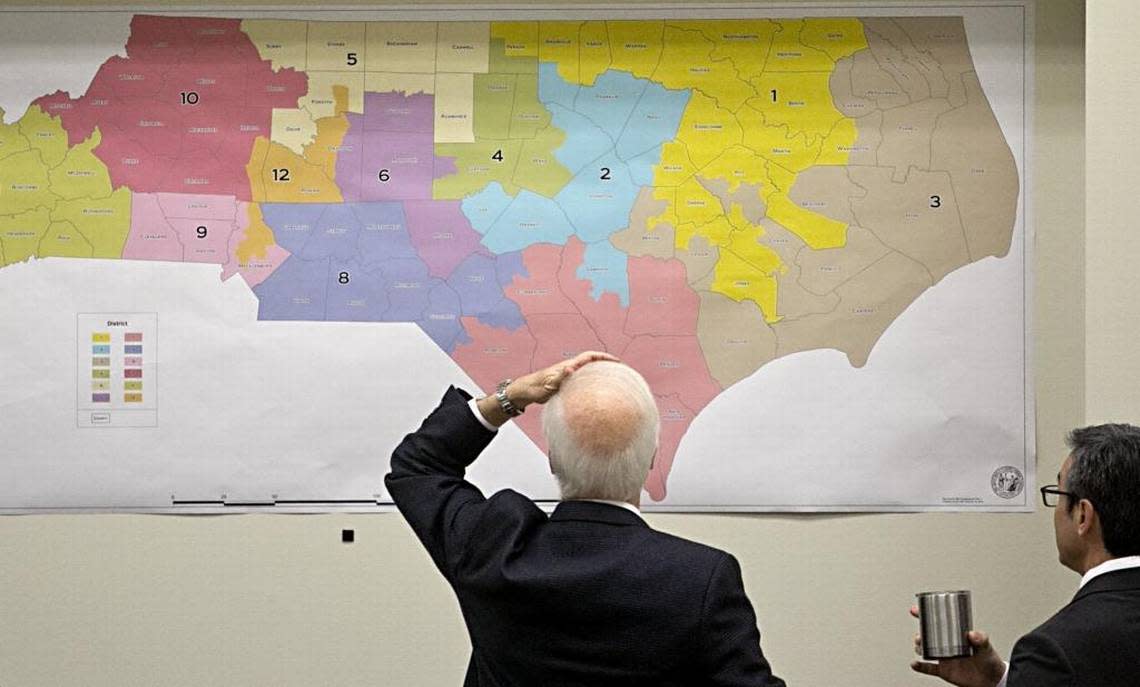