If people who live or work in New Jersey are still leery about getting the COVID-19 vaccine, Gov. Phil Murphy reminded them Thursday that it won’t cost them any money, even if they don’t have insurance. The U.S. Centers for Disease Control and Prevention negotiated a deal with vaccine providers […]

If people who live or work in New Jersey are still leery about getting the COVID-19 vaccine, Gov. Phil Murphy reminded them Thursday that it won’t cost them any money, even if they don’t have insurance.

The U.S. Centers for Disease Control and Prevention negotiated a deal with vaccine providers that they would have to accept whatever insurance covered as payment, Murphy said. And people without insurance would not be charged at all, the governor’s statement said.

“As we continue to roll out our robust statewide vaccination program, we want to make it clear to New Jerseyans that no one will have to pay for the vaccine itself, regardless of whether or not they have health insurance coverage,” Murphy said in a statement Thursday.

“We strongly encourage everyone to join hundreds of thousands of their fellow New Jerseyans in pre-registering to receive the vaccine and taking another step toward ending this pandemic.”

Banking and Insurance Commissioner Marlene Caride said her office has issued “guidance reminding insurance companies of this requirement as the state works to protect the health and safety of our residents in response to the global pandemic.”

The first-phase priority groups who are designated to receive the vaccine includes medical professionals, nursing home employees and residents, corrections officers and prisoners and first responders, like police officers and emergency management technicians. Since Dec. 15, nearly 138,000 shots had been administered.

About 450,000 people signed up on the first day of a new state website that pre-registers members of the public for vaccine when their priority group is called, Murphy has said.

The Murphy administration has set a goal of vaccinating 4.7 million or 70% of the state population within six months. But some people, including hospital workers, expressed fears early on the vaccine may not be safe because of the speed in which it was approved. State and federal public health professionals have stressed that no corners were cut during the trials and the vaccines received the same level of scrutiny and testing as any previous vaccine.

There is evidence that the public opposition is starting to wane, Health Commissioner Judith Persichilli said Monday. A poll taken in late-December found 53% of New Jerseyans “would definitely” get the vaccine, compared to 44% in and again in mid-December.

Ed Lifshitz, director of the state Communicable Disease Service, said the chance of someone being harmed by the vaccine is far outweighed by the threat of the coronavirus.

“Let me put it relatively simply,” Lifshitz, a physician, said during the Monday coronavirus briefing with the governor. “In New Jersey, we’ve had about half a million cases of COVID with almost 20,000 deaths. In the United States, we’ve given almost 10 times that number of doses or over 4 million doses with zero deaths from the vaccine. I certainly would take my odds with the vaccine over the virus any day of the week.”

‘Fire in the Straw’ Review: Fishing for the Next Great Book

Fri Jan 8 , 2021
Career reinvention is a popular idea these days, but it’s really nothing new. Just ask Nick Lyons, now more or less retired at 88, who’s had multiple careers as an academic, author and publisher and braids the recollections together in “Fire in the Straw,” his memoir of work, life and […] 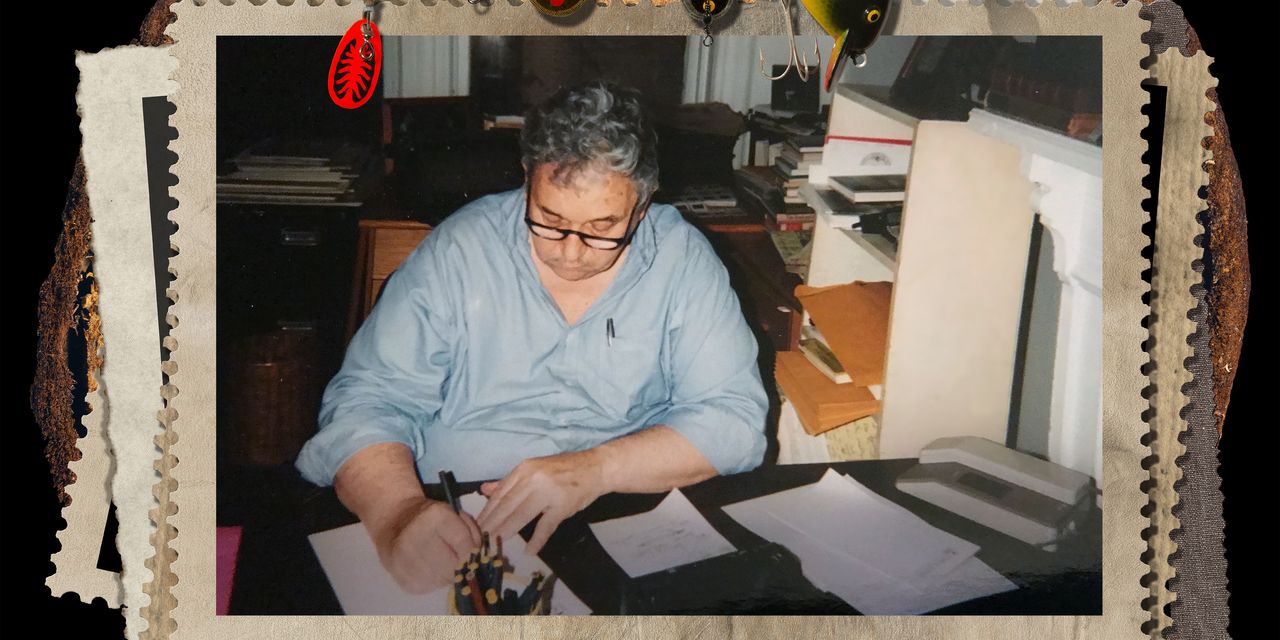