The complaints have poured in from Florida work sites since the start of the pandemic. From a Miami prison where staff allegedly weren’t provided proper protective equipment. From a whistleblower at a Panhandle plasma donation center where employees who were visibly sick and awaiting COVID-19 test results allegedly still came […]

The complaints have poured in from Florida work sites since the start of the pandemic.

From a Miami prison where staff allegedly weren’t provided proper protective equipment. From a whistleblower at a Panhandle plasma donation center where employees who were visibly sick and awaiting COVID-19 test results allegedly still came into work. From a hospital where nurses treating a patient allegedly weren’t told the patient was COVID-positive.

The complaints go to the federal Occupational Health and Safety Administration, which dutifully maintains a list of the alleged infractions. But it’s unclear how much action is being taken.

OSHA, charged with enforcing health and safety in the American workplace, has received more than 6,000 complaints nationwide about unsafe work conditions related to COVID-19. And yet, on June 9, Labor Secretary Eugene Scalia told lawmakers that OSHA, which his department oversees, had issued just one citation related to the coronavirus — to a Georgia nursing home for failing to report the hospitalization of six employees within 24 hours. The agency proposed a $6,500 fine.

At hospitals and nursing homes and even at supermarkets, workplace safety is literally a life-or-death issue.

More than half of all OSHA’s COVID-19 related complaints have come from the healthcare industry.

Since March, more than a dozen Florida healthcare workers have died due to COVID-19 complications, at least two of them at Jackson Health Systems: Dr. Luis Caldera-Nieves, an ob-gyn, and Araceli Buendia Ilagan, a nurse in the intensive care unit.

At North Shore Medical Center west of Miami Shores, nurses — eight of whom had allegedly missed work with the virus — worried for weeks they might be spreading the coronavirus to patients and co-workers due to alleged unsanitary practices.

So on May 29, Jude Derisme, the vice president of the local chapter of the Service Employees International Union, filed a complaint with OSHA alleging that the hospital was requiring nurses to use the same N-95 masks and gowns while caring for both COVID-19 and non-COVID patients without any decontamination measures.

In addition to cross-contamination between patients, nurses were also concerned for their own well-being since they were allegedly going from COVID-19 to non-COVID patients while wearing masks and gowns for longer periods of time than they usually would. (The hospital denied all claims of wrongdoing and said it never heard from OSHA.)

A week and a half later, Derisme said he called the agency to follow up on his complaint. He said he got OSHA’s voicemail, left a message and was extremely disappointed with the response he received later that day — a voicemail telling him the agency wasn’t performing any COVID-related inspections. The recording, which the Herald has reviewed, says:

“Good afternoon. This is the duty officer from the OSHA office in Fort Lauderdale in regards to your complaint this morning…we are not performing any inspections or any type of enforcement regarding coronavirus.”

OSHA, however, disputed the voicemail and said the agency is indeed performing inspections in Florida. But across the country, the federal agency is feeling the heat for what many criticize as its lack of enforcement of health and safety standards in the workplace during a time of crisis.

As of June 30, the agency had received 6,009 complaints nationwide since the pandemic began. It’s closed 5,220 of those complaints and hit the Georgia facility with the lowest infraction possible — a violation categorized as “other-than-serious.”

In addition to facing criticism over the single citation, OSHA has drawn significant backlash for refusing to create enforceable COVID-19 regulations, and its leader has been questioned by Congress.

“The OSHA response to this crisis has been horrible. There’s been more complaints filed with OSHA in the past four months than any previous four months,” said Peter Dooley, a certified industrial hygienist with the National Council for Occupational Safety and Health (National COSH), a federation of private, non-profit coalitions that advocates for worker health and safety. “They’ve been missing in action and it’s a national disgrace.”

In Florida, where the daily increase in coronavirus cases reached an all-time high of more than 10,000 on Thursday, businesses are struggling with limited amounts of personal protective equipment, workers getting sick and safety protocols that don’t include provisions for a global pandemic.

Overall, OSHA had received 208 COVID-19 related complaints and opened 19 inspections in Florida as of June 24, a spokesperson said.

All those inspections are still open, yet OSHA has already closed more than 100 COVID-related cases in the state, according to a Miami Herald analysis of OSHA’s online database. It’s unclear how much action was taken at those work sites.

The Miami Herald interviewed representatives of four businesses that said they received written notice of a COVID-related complaint filed against them. The representatives said they were asked to send back workplace pictures and documentation of their policies to prove they were following the law. All said they were never physically visited by OSHA. All four cases were closed.

OSHA’s regional office did not provide an answer when asked multiple times whether its 52 inspectors in Florida have visited any work sites that had COVID-19-related complaints submitted against them. Nor did it answer when asked to clarify what action had been taken in relation to the businesses whose cases are now closed.

Instead, the office instructed a Miami Herald reporter to submit a Freedom of Information Act request to obtain the specifics of any closed case. As of June 21, there were 123 closed COVID-related cases in Florida.

Last month, the head of OSHA, Loren Sweatt, was called before the U.S. House Education and Labor Committee and questioned about the agency’s response to the pandemic. Rather than enforceable standards, OSHA has opted to issue non-binding guidance for employers — a move that Sweatt told lawmakers has been “effective.”

Democrats responded that thousands of workers have fallen ill from the coronavirus and accused the agency of getting involved only after a fatality had occurred.

Miami Democratic Rep. Donna Shalala, who’s on the House Committee that oversees OSHA, said she, like many others, is upset about the agency’s lack of an emergency temporary standard for COVID-19.

“It is outrageous that we do not have a federal law that tells businesses they have to have infectious disease processes that protect workers,” she told the Herald.

At the beginning of March, Rep. Shalala co-introduced legislation that would require OSHA to issue a temporary standard for coronavirus. In May, a provision demanding that the agency do just that was included in the version of the Health and Economic Recovery Omnibus Emergency Solutions Act (HEROES Act) that passed the House.

The bill is currently sitting in the Senate, though Shalala is hopeful it will make progress by the end of the month.

“I think we have a chance to do it,” she said. “OSHA was put in place to protect workers, their health and safety. It needs to do its job.”

However, the pending bill didn’t stop the American Federation of Labor and Congress of Industrial Organizations from suing OSHA, in yet another effort to try to force the agency to issue a temporary emergency standard. A few weeks ago, a federal appeals court ruled that OSHA did not have to.

The agency’s guidelines for returning to work address social distancing, isolation of employees and when to have employees work from home. But none of it is mandatory.

“This guidance is not a standard or regulation, and it creates no new legal obligations,” the first page of the guidelines says.

Sweatt told Congress that regulations are “very cumbersome to revise.” Standards generally take up to three years to create, a source within OSHA who asked to remain anonymous for fear of reprisal told the Herald.

However, a few pre-existing OSHA standards do apply to workplace safety regarding the coronavirus. They mostly focus on reporting injuries, illnesses and fatalities; providing the proper personal protective equipment to employees and keeping the work environment sanitary.

There’s also the general duty clause, which requires employers to maintain a workplace that doesn’t put their employees at risk of serious harm or death, and can be used in lieu of specific COVID-19 regulations.

“There needs to be more specific standards,” Dooley said. “But OSHA can be citing employers on coronavirus complaints based on the general duty clause.”

It’s unclear how much the general duty clause is actually being used.

“Unless they have a real specific complaint that we have a standard for, I don’t take it,” the source within OSHA said. “There’s so many directives. It’s hard to follow everything.”

Once a complaint is deemed legitimate, OSHA has six months to complete an investigation.

It can perform an in-person inspection if deemed necessary, or it can send a letter to the workplace or call workplace officials and inform them of the complaint — a long-standing process that was in place before the pandemic, the OSHA spokesperson said. If the employer can prove it has taken care of the issue, with pictures or otherwise, an in-person visit might not warranted.

“We can abate hazard without having to visit in person,” the spokesperson said.

However, not everyone agrees.

“Those are not inspections and they will have very little impact on those workplaces,” Michaels, the former OSHA head, said. “OSHA is telling workers that they’re on their own.”

If there aren’t enough resources to conduct a necessary in-person inspection, inspections can be performed remotely with the expectation that an on-site visit will take place if and when resources become available, according to OSHA’s Enforcement Response Plan.

The source within OSHA said they would normally be doing in-person inspections but are currently working from home, as are their colleagues. OSHA did not respond when asked how many work sites in Florida have been visited in person by an inspector for COVID-19 related reasons.

Eventually, an investigation is closed after the agency “verifies that the hazard has been abated,” the OSHA spokesperson said.

In nearly 30 states, OSHA passes off some of its responsibility to state agencies. But other than the Health Department, which provides “surveillance of work-related injuries” and shares findings, Florida has no such agency.

“Florida has no state OSHA program so they would not be able to set up any inspections or enforce emergency standards,” Michaels said. “They have no power to make employers protect employees.”

Florida’s Division of Emergency Management’s Office of External Affairs did not respond to multiple email requests for comment.

However, if it’s overwhelmed by complaints, OSHA could potentially share some of its healthcare-related ones with Florida’s Agency for Health Care Administration. But it hasn’t done so yet, according to AHCA.

So to actually get help with COVID-19-related workplace issues, Dooley advises workers to contact the National COSH or try calling their local OSHA office and making a case for the urgency of the situation. He also suggested reaching out to the news media and/or elected officials if problems become dire.

“Workers should be making very clear demands to their employer and documenting problems that they’re having,” he said.

Meanwhile, the nurse from North Shore continues to worry.

Workers can file an OSHA complaint online using this form or via phone at 800-321-6742. Complaints can also be mailed, emailed or faxed to OSHA with this completed form. For more information, visit the agency’s website here. 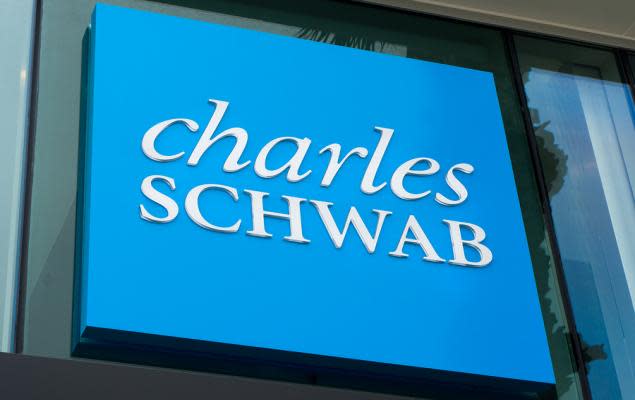