(AFP/Getty Images) BITCOIN has had a rollercoaster ride this week, even by its own skittish standards. The FT, an august journal that doesn’t make many jokes, said on its Alphaville blog that Her Majesty the Queen had expressed an interest in blockchain, the database which stores bitcoin data, among other […]

BITCOIN has had a rollercoaster ride this week, even by its own skittish standards.

The FT, an august journal that doesn’t make many jokes, said on its Alphaville blog that Her Majesty the Queen had expressed an interest in blockchain, the database which stores bitcoin data, among other things.

Bitcoiners began to wonder how many bitcoin Her Maj has amassed. There has been no official comment, but I think we can assume the answer is none.

Nevertheless, bitcoin lept $1000 on Tuesday to more than $19,000. By Wednesday it was nearing all-time highs.

The bitcoin bros were well excited.

The price is now back down to $16,802. Some of the bros have got seriously burnt fingers.

Ayush Ansal, of the hedge fund Crimson Black Capital, said: “After being in a relative wasteland for a few years since notorious bull run of late 2017, crypto, and Bitcoin in particular, are back.”

He added: “As it headed for a new record high, Bitcoin appeared to get white line fever mid-week when it dropped by more than 12% in a day.

“This, almost certainly, was triggered by a lot of long-term investors cashing in as a reward for three years of extreme volatility and abject lows.”

A wider debate being had in the City and elsewhere is just how powerful bitcoin could become.

Is it really a rival to actual currencies that have a central bank sitting behind them, such as the dollar, pound and euro. Could it actually replace them?

If it could, what does that mean for central banks’ ability to invent money and bail us out of disasters?

In the last 12 years there have been two major crises – the financial crash and Covid. Some say Brexit will make a third. Is bitcoin the impending 4th?

This week Chancellor Rishi Sunak said the UK government will borrow almost £400 billion this year. This is undoubtedly a lot, but it will occur relatively easily because the Bank of England is rock solid and because everyone in Britain needs what it controls – pounds.

At the moment bitcoin is priced in dollars. That is still its method of comparison for value.

What happens if bitcoin becomes priced in, well, bitcoin, and there were plenty of mediums of exchange, including perhaps at your local supermarket.

Simon French at Panmure Gordon said: “Then all of a sudden economic activity does not link back to official institutions and the ability of central banks and governments to influence the flow of value between private individuals is impaired. When you talk about soft power – it is not foreign aid that matters, it is controlling the agreed medium of exchange. Lose that and you are in trouble.”

Want an apocalyptic vision? Try a rejection of fiat currencies and adaptation of private digital currencies. That leaves whole swathes of economic activity outside the purview of governments and regulators. That’s nirvana for some, certainly including the bitcoin bros.

But what happens when there is a serious crash that requires emergency money, of any sort, to be magicked up and spent?

Ayush Ansal again: “Bitcoin’s obstinate refusal to go away will once again have central banks on red alert.

“If they become truly mainstream, bitcoin and other cryptocurrencies represent a systemic threat to the entire banking system.

“During the Global Financial Crisis, central banks and Governments could act together to defend economies, but if a decentralised cryptocurrency becomes the norm then economies globally are arguably sitting ducks.

“In the event of a major collapse, central banks would be redundant and the damage could be not just economic but impact the very fabric of society as we know it.”

James Bentley of Financial Markets Online said:“If the world’s major currencies are decentralised, central banks will arguably be helpless in the event of a future financial crisis.

“All the tools that central banks traditionally use will be redundant. It will be like turning up to a gun fight with a knife.”

Crypto currency has cyberpunk roots. At its inception, it was designed as an alternative to the banking system – and a way to bypass the power of central banks to control the money supply.

Maybe that dream has died – now it is just another volatile asset class on which fans can take a punt.

But every time it emerges into the mainstream. Such as when it is rumoured that the Queen is taking an interest and some folk think that is plausible, blood pressures at the Bank of England the US Federal Reserve rise.

Perhaps we should all really buy some bitcoin. Come the end of the world, we might actually need it.

KC Hemp Co. pivots to online-only store due to pandemic

Fri Nov 27 , 2020
OVERLAND PARK, Kan. — Almost three years after opening their store, KC Hemp. Co., Heather and Kyle Steppe had to make some changes. “When the pandemic started, we just saw what was happening to all of our retail stores around the area, including ours,” Heather Steppe said. ” We knew […] 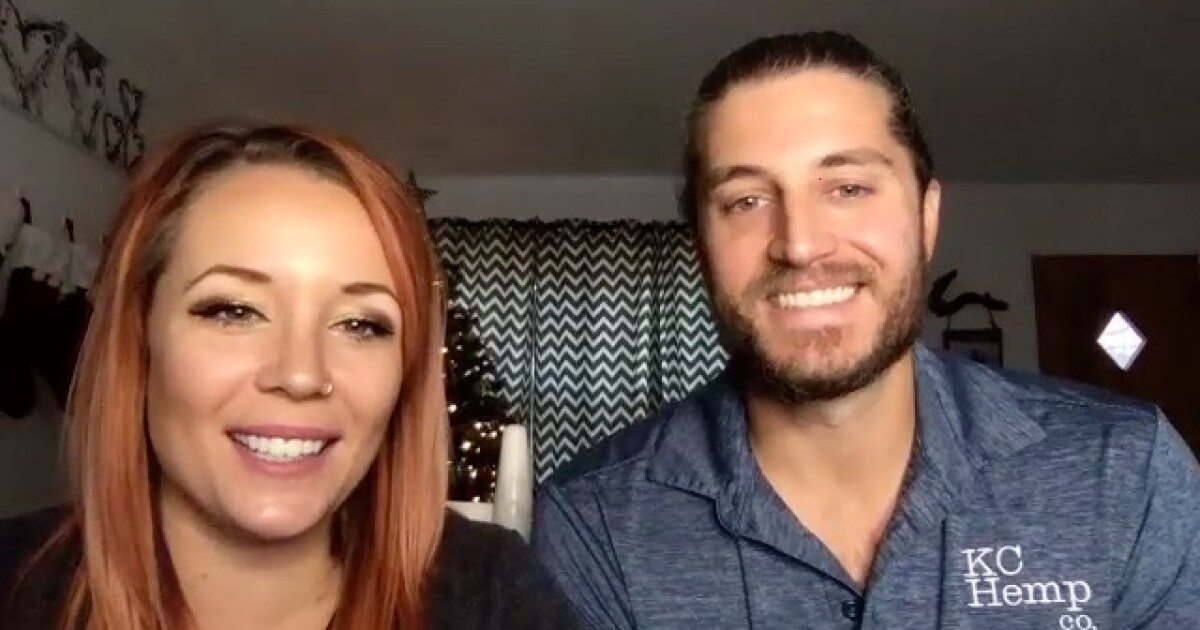