Ian Walker, the director of racing at the Royal Yachting Association, has admitted that sailing’s cut in funding by UK Sport for the next Olympic cycle, announced on Friday, will make an “already difficult task more difficult”. However, Walker rejected suggestions that sailing was a “posh sport” or that such […]

Ian Walker, the director of racing at the Royal Yachting Association, has admitted that sailing’s cut in funding by UK Sport for the next Olympic cycle, announced on Friday, will make an “already difficult task more difficult”.

However, Walker rejected suggestions that sailing was a “posh sport” or that such a notion had anything to do with UK Sport’s decision, adding that he understood why the funding body had decided to split its overall kitty of £352 million the way it had.

Sports including rowing, canoeing, equestrianism, modern pentathlon and sailing – the latter of which will receive around £1 million less to prepare for Paris 2024 than it did for Tokyo 2020 at £21.3 million – all suffered cuts in the latest round of figures released by UK Sport. That list has led some observers to say that UK Sport was penalising “posh sports” in an effort to help a more diverse range.

Sally Munday, UK Sport chief executive, hinted at as much herself when she said: “We’re really clear that what we are aiming to do is have teams at the Olympics and Paralympic Games that represent our society.”

Walker, though, said that the inclusion of emerging sports such as climbing, surfing and skateboarding, which will all feature at the Olympics for the first time in Tokyo next summer, meant it was a case of spreading what funding there was between more sports.

“UK Sport have set out a bold new strategy to try and invest in more sports,” he told The Sunday Telegraph. “It’s a slight departure from what they used to do, which is to invest solely in medal success. And while they have had a small increase from government, it’s clearly not enough to do everything that they had planned in their strategy. They’ve chosen to take a small amount from sports, which I wouldn’t describe as ‘posh’ ones necessarily, but ones which have been traditionally successful.

“If people bumped into our Olympic sailing team, I don’t think they would immediately think, ‘Oh, what a posh sport!’ We’ve got people from all parts of the UK. And the RYA with its various programmes and charities does a huge amount to get people from all backgrounds into our sport.”

Walker admitted that replacing the lost revenues through commercial partnerships would be hard. UK Sport expects individual sports to raise around 15 per cent of their core costs themselves per Olympic cycle. For sailing that amounts to around £1.5 million. But he said sailing could not grumble.

“Are we disappointed? We’ve got to be realistic. We’re very fortunate to get the support we get and our job is to make sure we maximise the returns on that. It’s going to be hard. In real terms, we’ve a lot less money and we’ve got real challenges because we put a lot more care and investment into athlete well-being, which has also been in the news a lot. Standards are going up all the time. And then in our sport we’ve got considerable headwinds with Brexit and the devaluation of the pound because we do a lot of international training and competition.

“But it is what it is. Actually I’m quite relieved that the Government and UK Sport are going to continue to invest in success. It’s a difficult task at a difficult time. But sometimes that can be a good thing. You’ve got to get leaner and smarter and more efficient.”

Just bought a house? Do these 8 things next

Sat Dec 19 , 2020
Just bought a house? Do these 8 things next Now that you’ve finally bought your new house, the hard work is behind you, right? Not so fast. Just because the inspections, financing (at one of today’s record-low mortgage rates) and move all went smoothly, that doesn’t mean the journey is […] 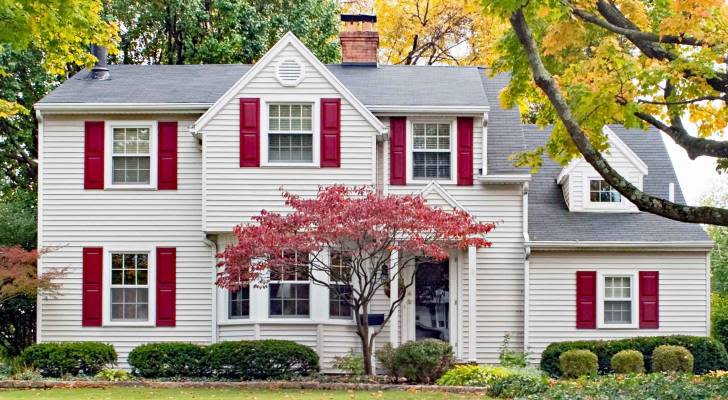