A father is stirring up drama online after sharing how he wants to donate his son’s college tuition in order to teach him a lesson about privilege. The parent, who goes by meandadami on Reddit, shared his story on Reddit’s Am I The A****** (AITA) forum. In his post, he […]

A father is stirring up drama online after sharing how he wants to donate his son’s college tuition in order to teach him a lesson about privilege.

The parent, who goes by meandadami on Reddit, shared his story on Reddit’s Am I The A****** (AITA) forum. In his post, he explained that his son has recently become “a real idealist,” which has led to many snide remarks at the expense of his family.

“When he comes home he’s started making increasingly snide remarks about how we don’t pay enough in taxes (he has no idea what we pay or don’t pay), and that our success is due to privilege and was at the expense of other, less fortunate, people,” meandadami wrote. “I don’t particularly object to the comments, I enjoy debate, but he doesn’t seem to appreciate the irony that he is benefiting from that privilege and seems content to collect on it while doing little to try and support those he believes needs it.”

Recently, things between meandadami and his son came to a head. Meandadami told his son that he “completely agreed with him,” and that in order to “do more,” he would “take 75 percent of [his son’s] tuition money and instead donate that to a charity providing scholarships to disadvantaged people.”

“He. Was. Pissed,” meandadami said. “I tried to be very explicit that this was not to try and punish him, or get him to change his views, but that it was hypocritical of him to look down on our privilege while ignoring his own, and that he needed to be prepared to also accept a cost for trying to address that inequality.”

Some people agreed with his son and said that his plan was unnecessarily “petty and cruel.”

“Way to go yanking the rug from under your own child,” one person said. “Saying that he is not entitled to it is petty and cruel. You obviously just had your privilege pointed out to you, got pissed, and are punishing your own son for the discomfort that naturally comes with awareness. You are really an a******.”

“There are a lot of ways for your son to stick to his principles without you crippling him financially,” another user added. “Your actions really seem like you’re exploiting his financial dependence on you to try to control his political opinions, but saying he’s not aware of his privilege suggests you don’t understand his point at all.”

However, other users sided with meandadami, saying that his son needed a rude awakening.

“What percentage of your privilege in this regard are you willing to give up to help the less fortunate?’ Is a hell of a nice way both to make him recognize the joy of having that choice as well as a personal cost to ideals,” one person noted. “It’s all gravy giving someone else a hard time, it’s another to spend ‘his’ money that way.”

“If he genuinely believed in what he was preaching surely he’d have been happy his father is using his money to help those less privileged,” another user added. “But since it directly effected the son in a negative way then it was unreasonable and a bad thing and he wants his privilege.”

In an update, meandadami explained that no matter what happens, he doesn’t plan on leaving his son high and dry.

“We would co-sign loans, likely no more than 25 percent for 2 years of college,” he explained. “He’ll come out of it less than $50k in debt, which will not take him too long to pay off … Regardless of what happens here he is and will continue to be extraordinarily privileged.”

If you found this story interesting, check out this woman who got dragged online after asking her bridesmaid to cut her hair.

This gardening tool lets you weed your yard without bending over

This Instagram-famous shoe brand is 50 percent off

The post Dad threatens to donate son’s college tuition to teach him a lesson appeared first on In The Know.

We need help with rent, money and jobs

Tue Jul 7 , 2020
Young people across the UK have had their work, studies and lives upended because of the coronavirus pandemic. Many are working from home, while others have been furloughed or even made redundant. There could be more than one million young workers who are without a job, if the overall UK […] 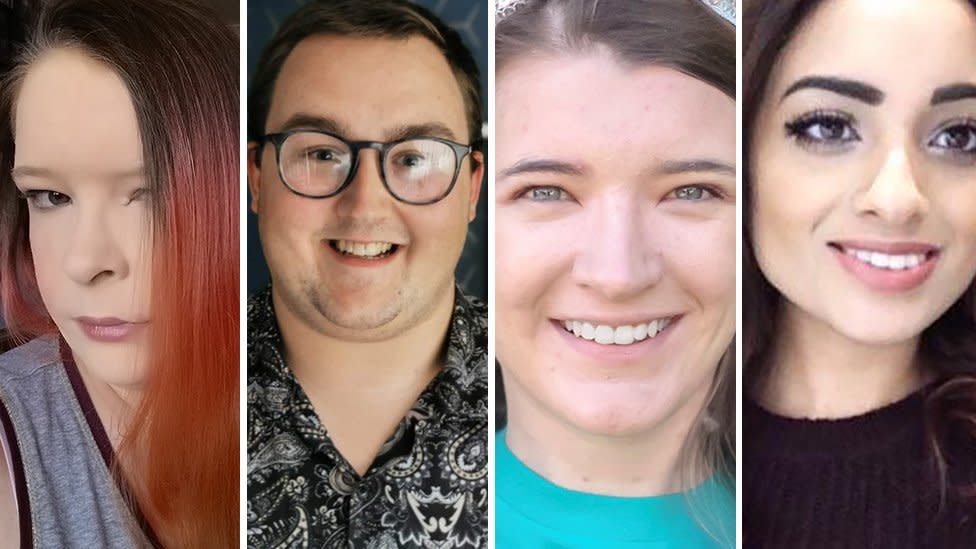