Visitors use the Unemployment Insurance phone bank at the California Employment Development Department in Sacramento, Calif. | AP Photo/Rich Pedroncelli WASHINGTON — U.S. lawmakers are struggling to hammer out another economic relief package before Congress adjourns next week. But for millions of Americans, the deadline may have already passed. Even […]


WASHINGTON — U.S. lawmakers are struggling to hammer out another economic relief package before Congress adjourns next week. But for millions of Americans, the deadline may have already passed.

Even if Congress reaches a deal, some 12 million unemployed people could see their benefits lapse after Christmas. Worker advocates say it could take weeks for the jobless aid programs to get back online as lags in programming for outdated state systems cause delays in relief checks.

“We’re already too late,” said Michele Evermore, an unemployment insurance expert at the National Employment Law Project. From the time Congress passes an extension of unemployment aid, she said, many states wouldn’t be up and running for “three weeks or four weeks” at the fastest.

That would not only fuel the desperation of unemployed households but could also cut into consumer spending as the coronavirus resurges across the nation, jeopardizing the economic recovery just as Joe Biden’s presidential administration gets under way.

What’s worse for the unemployed, the nonprofits and food banks that many have been turning to have themselves been bleeding workers under the crushing demand during the pandemic.

A bipartisan group of lawmakers is circulating a proposal that would extend two major programs — Pandemic Unemployment Assistance and Pandemic Emergency Unemployment Compensation — through the spring. Both are slated to expire Dec. 31, with final payments going out Dec. 26 — which is less than a week before a federal moratorium on evictions is also set to expire.

The provisions are the only source of aid for those who have exhausted state benefits, as well as for gig workers, the self-employed and others hit hardest by the pandemic.

Anything Congress includes in the next round of aid that is even modestly different from the programs implemented earlier this year “is going to take time to reprogram,” said Elizabeth Pancotti, a policy adviser at the pro-worker Employ America. “In some states that might be a week or two; in other states, we’ve seen it [take] five, six, seven weeks.”

“Anything that’s just the slightest bit different is a nightmare to reprogram,” she added.

A spokesperson for the Illinois Department of Employment Security agreed that any delays depend on how the congressional programs are structured, adding that new programs — and often extensions of existing ones — “take time to stand up.”

Angela Delli-Santi, a spokesperson for the New Jersey Department of Labor and Workforce Development, said the state anticipates “no lapse” in providing benefits to people, although she also said it hinges on what the final language is on restarting the programs.

The bipartisan congressional proposal would provide the jobless with an extra $300 a week in their benefit checks — which would require state agencies to restart a program that expired at the end of July. The Federal Pandemic Unemployment Compensation program originally offered the unemployed an extra $600 a week, but Congress failed to extend it when it lapsed July 31.

Should Congress pass an extension of the programs, states would then have to wait for the U.S. Labor Department to issue guidance before sending out payments — which could be hard to turn around quickly during the holidays.

At the same time, the need for more aid is growing. About 1.3 million applications for unemployment benefits came in last week in both regular state programs and the federal PUA program, the Labor Department reported Thursday — the highest number of new claims since September.

New applications in state unemployment programs alone saw a more than a 30 percent jump in the week following the Thanksgiving holiday.

Without the cash, many unemployed will have no choice but to turn to food banks and other nonprofits. Miles-long lines of people have been overwhelming food banks, with demand rising by about 60 percent from last year, according to the nonprofit Feeding America.

Yet since the outset of the pandemic, nonprofits have shed nearly 1 million of their own workers: Not only has that created a greater need for services, but it has also driven up costs due to the need to purchase protective gear and execute other measures to keep volunteers safe.

“We’re already seeing nonprofits closing their doors — and we’re the backup for people,” said Rick Cohen, chief communications officer for the National Council of Nonprofits. “We are where they go when the government programs run out or when they’re not enough. And if we’re not there. Where do people turn?”

Nonprofits “weren’t designed to hold up this many people for this long,” NELP’s Evermore said. “These are all finite resources.”

“Unemployment insurance is the program that we created to deal with this particular problem,” she went on. “And without it, we can’t.”

Jessica Oyanagi, 40, was running a photography business out of Maui when the pandemic hit and she lost most of her customers. Because her photographers were independent contractors rather than employees, she was only eligible for unemployment insurance under PUA.

The program affords her about $1,000 a month, which is still not enough to make ends meet: She and her husband were forced to move in with her parents, and they rely in part on food stamps to keep themselves and their daughter fed.

It has been “the most stressful year of my entire life, I’m not going to lie,” Oyanagi said. “Every area of our life has been just completely turned upside down.”

Oyanagi isn’t alone: In mid-November, more than 27 million individuals told the Census Bureau they were relying on unemployment benefits to meet their spending needs. More than 75 million said they expected to lose their employment income in the next four weeks. And nearly 17 million people reported using SNAP benefits — better known as food stamps — to get by.

The end of the eviction moratorium that the Trump administration imposed in September also poses a threat.

About 11.4 million renter households will owe an average of just over $6,000 in back rent, utilities and late fees totaling some $70 billion come January, according to Moody’s Analytics.

“Eviction notices are piling up on sheriffs’ desks across the country to be executed if the moratorium is not extended or renters don’t receive help with the back rent they owe,” the firm said in a statement. “Mass evictions in the dead of winter and during a raging pandemic will be unbearable for those losing their homes as well as being a blow to the already-fragile collective psyche.”

Anneliese Monkman, 28, who lost her job at a hotel in the spring and has struggled to find demand for her fledgling wedding planning business, receives about $355 a week in unemployment — all of which will disappear if Congress does not extend the emergency unemployment programs.

“We’re kind of choosing what bills we’re going to pay,” she said.

Workers are likely to dig themselves deeper into debt to weather the lapse in income — a spiral that economists warn could worsen the recession. Last resorts like payday loans or credit cards could serve to dig low-income workers into an even deeper hole, exacerbating wealth inequity.

“They only have high interest options available to them,” Evermore said. “Whenever they do get their pittance for [unemployment insurance] turned back on again … it’s going to go to paying back the debt that they’ve accrued.”

Eleanore Fernandez, 48, was working as an executive assistant at a Silicon Valley startup when the pandemic hit and she lost her job. She makes about $900 a month under one of the federal programs set to expire at the end of the month.

She said if her benefits lapse, she will need to consider taking out a loan on top of the money she already owes her landlord, who has been allowing her to pay 25 percent of her rent.

This article tagged under:

Sat Dec 12 , 2020
ANNE ARUNDEL COUNTY, MD — Online scammers have been busy as the holiday season has collided with the COVID-19 pandemic in Anne Arundel County. One type of scam that is particularly alarming, and gaining strength, involves puppies and other pets such as kittens, iguanas and lizards. A spike in the […] 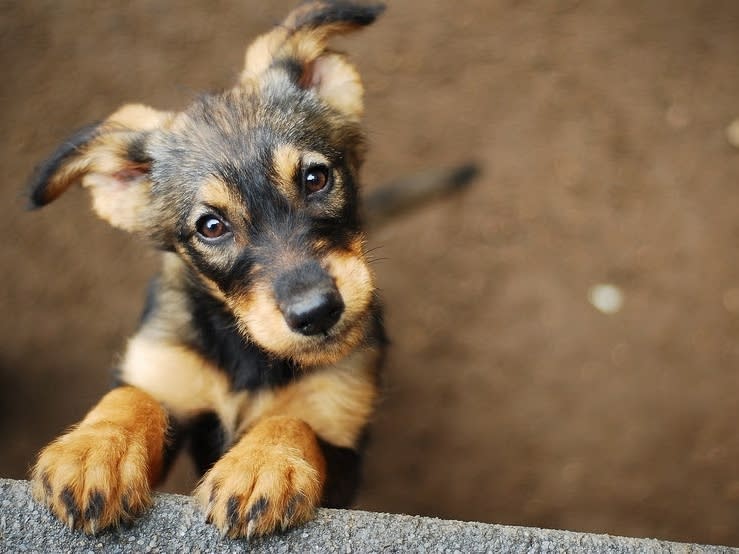