Meredith Barney recalls the childhood she spent in her mother’s Cockeysville antique shop fondly. She remembers roller-skating at Skate Land in the late 1970s, across what was once a two-lane street from Bentley’s Antiques Show Mart, where her mother, Lenis Barney, rented a stall. After skating, she’d skip across York […]

She remembers roller-skating at Skate Land in the late 1970s, across what was once a two-lane street from Bentley’s Antiques Show Mart, where her mother, Lenis Barney, rented a stall.

After skating, she’d skip across York Road to help her mother with her inventory and say hello to William Bentley, the entrepreneur who brought in fledgling antiques dealers to his multi-dealer shop, and whom Barney affectionately called Uncle Bill.

At 18 years old, Barney followed in her mother’s footsteps and opened her antique business, Meredith’s Quality Home Furnishings, on the same road. Her sister nearby opened Valley Consignments.

“This used to just be known as Antique Row,” Barney said from behind a desk in Hunt Valley Antiques, owned by her mother. Now, “it’s just faded out.”

At its height in the 1980s and 1990s, hundreds of shoppers, mostly middle-aged, would spend weekends perusing the shops along the corridor, admiring the antique wares through glass window displays — handcrafted Windsor chairs, a Chippendale lowboy and ornate tea sets, said Ruth Ann Brindley, owner of Brindley & Co. Antiques.

“We loved going to those antique shops, especially around the holidays,” said Jody Sanfilippo, a Cockeysville native who in 2011 opened her own antique and vintage shop, now called Elephant and Abbey.

“I remember the underpass … and the small-town feeling. York Road was only two lanes at the time; people driving by you could actually see what was there,” Sanfilippo said.

Above cleaning supplies and an old JVC stereo behind the register in Brindley & Co., a display of old photos and illustrations and a sign that asks, “Remember when …” offers a glimpse into Antique Row’s not-too-distant past.

Antique Row was birthed from Bentley’s creation of Maryland’s first antique mall in 1971, positioned along a quaint corridor in a northern Baltimore County town in the shadow of the old Cockeysville underpass, whose 60-year lifespan was ended with its destruction in 1990 to make way for the seven-lane highway there today.

The construction did not deter many antique lovers, though, Brindley said: “People were climbing over fences and walking through mud to get to our shop.”

Brindley has spent 45 years antique dealing on the strip, beginning in “down in the dungeon” of Bentley’s Antiques in the 1970s, where she rented a “tiny little booth down in the basement” for $75 a month, she said.

Her big break, she said, came when she sold a piece to the Maryland Historical Society, allowing her to open a shop on Chase Street near Baltimore’s Antique Row before she returned to her roots two years later in the early 1980s, bringing in 15 antique dealers when she purchased the co-op Abundant Treasures, and then opening Brindley & Co. Antiques.

At its peak just before the millennium, the Row was populated with as many as 15 shops and many more vendors in multi-dealer establishments like Bentley’s and the Alley Shoppes. Brindley credits the popularization of antiquing with the advent of Antiques Roadshow to American television in 1997, and a favorable economy under former President Bill Clinton’s administration.

The first decline came with the rise of the internet. Some dealers adapted to online sales, painstakingly taking pictures of their inventory to compete in the much larger eBay market. Other, less tech-savvy or unwilling, merchants stuck to the tried-and-true, relying on foot traffic to generate sales.

The shops began closing around 2007. Helen Delich Bentley, a former Republican congresswoman who represented Maryland’s 2nd District from 1985 until 1994, closed up her late husband William’s shop four years after his death, the third on the row to close in one year.

Many of the stores faded when their proprietors died, Barney said. Then the Great Recession of 2008 hit even more. Now, the four remaining antique shops — Brindley’s, Elephant and Abbey, Hunt Valley Antiques and Cuomo’s Interiors — are weathering another economic downturn wrought by the coronavirus pandemic.

“The money isn’t flowing freely anymore” with shoppers, Sanfilippo said. “Being closed for three months has really put a damper on things. Not bringing any money in and having to pay your rent is really scary.”

Sanfilippo, who bills Elephant and Abbey as an antique and vintage shop — “vintage” meaning items from the 1960s and 1970s — said that, as contradictory as it might seem, antique shops will have to keep up with trends to survive.

But coinciding with the decline of antique shops in the wake of the Great Recession, another thing happened: the clientele changed. The crowd frequenting the Row is no longer dominated by nostalgic older folks and middle-aged collectors; younger shoppers over the past decade have entered the fray, seeing not only the merit in repurposing older items for sustainability purposes, but also finding the value in a well-loved piece with a rich, and perhaps untold, history, Sanfilippo said.

Sanfilippo looks for inventory popular with the younger crowd — mid-century modern decor or rattan furniture from the 1970s, mixed in with ethically sourced present-day merchandise like eco-friendly backpacks from the company Rice Love, which donates one kilo of rice for every item made.

Shops like hers must adapt to survive post-pandemic, she said, just as they always have.

“It’s really part of our town’s history,” Sanfilippo said about Antique Row. “Wouldn’t it be such a sad world if we came only to Walmarts and Targets opening and the small businesses going out?”

It’s not all doom and gloom though. Regulars are still visiting the shops as the stores have reopened. Just before nonessential businesses were ordered to close in March, Brindley said a Rockefeller came in and bought several items, including a bamboo desk from the 1960s.

And Brindley isn’t deterred by the country’s economic woes.

“I’ve weathered so many storms through the years that I’m not ready to give it up yet,” she said. “I’m not ready.”

Visit The Baltimore Sun at www.baltimoresun.com

Is the Trump Administration Really Going to Ban TikTok in America?

Mon Jul 13 , 2020
Photo Illustration by The Daily Beast/Getty In the span of a single week, the video sharing platform TikTok suffered a series of public blows, crescendoing Friday into an all-out panic on the application that one creator described as “World War III.”  The latest upheaval began Monday, when Secretary of State […] 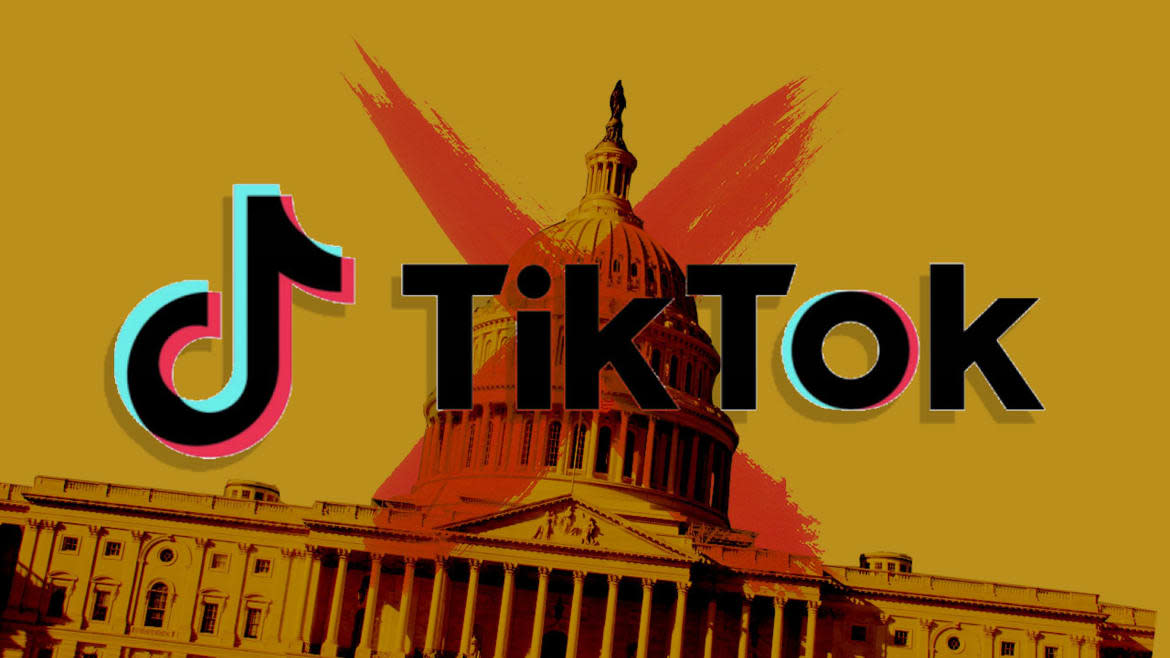