Web Summit 2020 showcased the massive growth in tech this year. Pedro Fiúza/Getty Images It’s doubtful 2020 will be remembered by any of us as a vintage year for living our best lives. As the coronavirus pandemic has raged around the world, most of us have struggled and just-about-coped rather […]

It’s doubtful 2020 will be remembered by any of us as a vintage year for living our best lives. As the coronavirus pandemic has raged around the world, most of us have struggled and just-about-coped rather than thrived.

But there are exceptions to that rule. As we’ve come to rely more heavily than ever on online products and platforms, many of the tech companies behind those offerings have actively thrived over the past 12 months and had their best year yet.

Subscribe to CNET Now for the day’s most interesting reviews, news stories and videos.

It’s something that was readily apparent this week during Web Summit, Europe’s biggest tech conference, which was held virtually for the first time this year. As CEOs, other top executives, politicians and even a handful of celebrities gathered together to talk openly about the state of tech and of the world more widely, the technology companies that’ve flourished painted a vivid picture of growth within their sectors.

Josh Silverman, chief executive of handmade and vintage goods site Etsy said sales have roughly doubled this year, to $10 billion. Starling Bank CEO Anne Boden said the pandemic has given the transition to a cashless society a 10-year jump in the right direction. Meanwhile, Deliveroo chief Will Shu estimated that the pandemic has accelerated the adoption of online food delivery by two to three years.

The side-hustle comes of age

During his talk with NSync’s Lance Bass, Cameo CEO Steven Galanis described how celebrities flocked to his video shout-out app when the pandemic hit. As the entertainment industry and international travel ground to a halt, it gave them a way to make money, he said — as well, perhaps, as something to do with their spare time.

“Cameo’s rocketed to success,” said Ben Jeffries, CEO of influencer marketing platform Influencer.com. He described how influencers have used the app to provide paid-for shout-outs to fans as one of several channels during the pandemic to diversify their income streams beyond traditional brand partnerships.

Jeffries’ co-founder, Caspar Lee, who’s also a well-known YouTuber in his own right, said it’s been tricky to make content during the COVID-19 outbreak, as many of his own videos are made outdoors on location. But in spite of this challenge, he’s seen a huge boost in engagement: a 67% increase in likes and a 50% increase in comments.

Though the market has shrunk for travel influencers, said Lee, people making fitness and cooking content have seen huge growth. That everyone’s been working from home has also made it easier and more seamless to set up collaborations between YouTubers who live in different places, said Lee. “Whereas it used to take a long time for someone to collaborate with someone in the US, they can kind of do it instantly now,” he said.

While some people are launching lucrative influencer careers, others have turned to tech platforms including Etsy and Ebay to make a little money. People are using Etsy to sell primarily handmade items and crafts, whereas Ebay has been coming in handy for people to offload things taking up space in their homes.

“When you think about that $4,000 worth of goods that people have in their house, they’re bringing a very different type of inventory onto the platform,” said Ebay CEO Jamie Iannone, who just purchased an oboe for his daughter using the platform.

Tightening the purse strings has also meant that people are looking to buy things secondhand that they otherwise might’ve bought new, he added. “People turn to the value that they can get on Ebay. It’s part of the reason why we just launched a new certified refurbished program.”

The program provides a two-year warranty, 30-day hassle-free returns and a money-back guarantee, and it allows people to buy refurbished products from brands including Lenovo and Bose.

People were also purchasing the kinds of things they suddenly needed at home during the pandemic. From Ebay this meant items including desks and home gym equipment. For Etsy, it meant masks, said Silverman. Then there are those whose time being stuck at home has required equipment for newly discovered passions or rekindled hobbies.

“My dentist told me he started fixing up his 1988 truck, buying parts on eBay, because he had free time all of a sudden,” said Iannone.

Many tech platforms have experienced unprecedented growth this year. But none, perhaps, have thrived to quite the same extent as Zoom.

This year Zoom has gone from being a videoconferencing tool some of us used for work to being a household name. “Zoom” was a word on everyone’s lips throughout Web Summit, and it seemed to crop up regardless of the topic of conversation.

In her panel, actor and entrepreneur Gwyneth Paltrow complained of “Zoom fatigue.” Meanwhile, singer Liam Payne said he thought it was “a fantastic thing,” which had helped him stay in touch with his One Direction bandmates and “brought us closer together.”

“We were all so worried before about how technology was moving us apart — there’s no sitting at the dinner table, no one talks to each other anymore,” Payne said. “And I think it’s so funny that in this COVID time, technology is the only thing that has brought us closer together than ever before.”

Before this year, Zoom boasted on average 10 million daily video call participants, but by April that had shot up to 300 million. The company projects that it will have hosted 3 trillion meeting minutes for participants by the end of 2020.

Prior to the pandemic, Zoom had never even thought about achieving this level of growth, said Eric Yuan, the company’s founder and CEO. “On the one hand, we were very excited, because after many, many years of hard work, you feel like your dream is coming true,” he told the Web Summit audience. “But how do you handle that?”

The answer, he said, was to hire more people (the company has grown by around 1,000 employees this year) and work hard and quickly. Zoom had to improve privacy and security and prioritize which new features to build, said Yuan. But the biggest challenge was pivoting to serve a consumer audience.

Usually tech products are built to be consumer-facing first, with free versions available, and then companies will build paid options for businesses on top of that. The journey Zoom has been on this year has seen it take this route in reverse. The company culture was key to helping Zoom navigate this evolution, said Yuan. “We will do all we can to look at everything from a customer perspective,” he said.

When the news hit that Pfizer’s vaccine had proved successful in trials, Etsy’s, Zoom’s and Ebay’s stock, which had otherwise been shooting up from mid-March on, took a hit. What’ll be key for companies now that’ve prospered over the past year is to find ways to keep users engaged, and to prove their businesses are relevant even when freedom of movement fully returns.

Silverman said that as far as Etsy’s concerned, he sees the company’s overall upward stock trajectory playing into a wider trend he’s witnessed over the past three and a half years, during which time he’s seen the stock price grow tenfold.

He also feels confident that the positive customer experiences people have enjoyed this year will translate into loyalty. “The customers who are buying on Etsy, are loving buying on Etsy, and you know we feel great about what this means for the long-term potential of Etsy,” he said.

As for Zoom, Yuan takes the view that even after the pandemic is over, office work and business travel will have changed forever, to the point where there’ll still be increased reliance on services like the one he’s built.

“I believe the way we work and live and learn and play is very different now,” he said. “Let’s say the pandemic is over tomorrow. Do we all go back to the office? I don’t think every employee will go back to the office. It’s very likely we’ll end up with a hybrid. Because it’s good for climate change and it’s good for productivity. That’s why I think a tool like Zoom will stay.”

Yuan also has some interesting plans for improving Zoom down the line, which he thinks will keep people coming back.

“In the future, you will feel my handshake,” he said. “You get a cup of coffee, and I can also enjoy the smell. If you speak a different language, we can understand each other. With an AR device, we’ll feel like we’re sitting in the same Starbucks Coffee. That’s a world we imagine.”

The U.S. economy is going to get worse before it gets better

Sat Dec 5 , 2020
The U.S. economy has become more fragile owing to a record wave of conavirus cases toward the end of the year. kamil krzaczynski/Agence France-Presse/Getty Images The U.S. economy is primed to take big strides next year if a slew of promising coronavirus vaccines turn out to be effective, but it’s […] 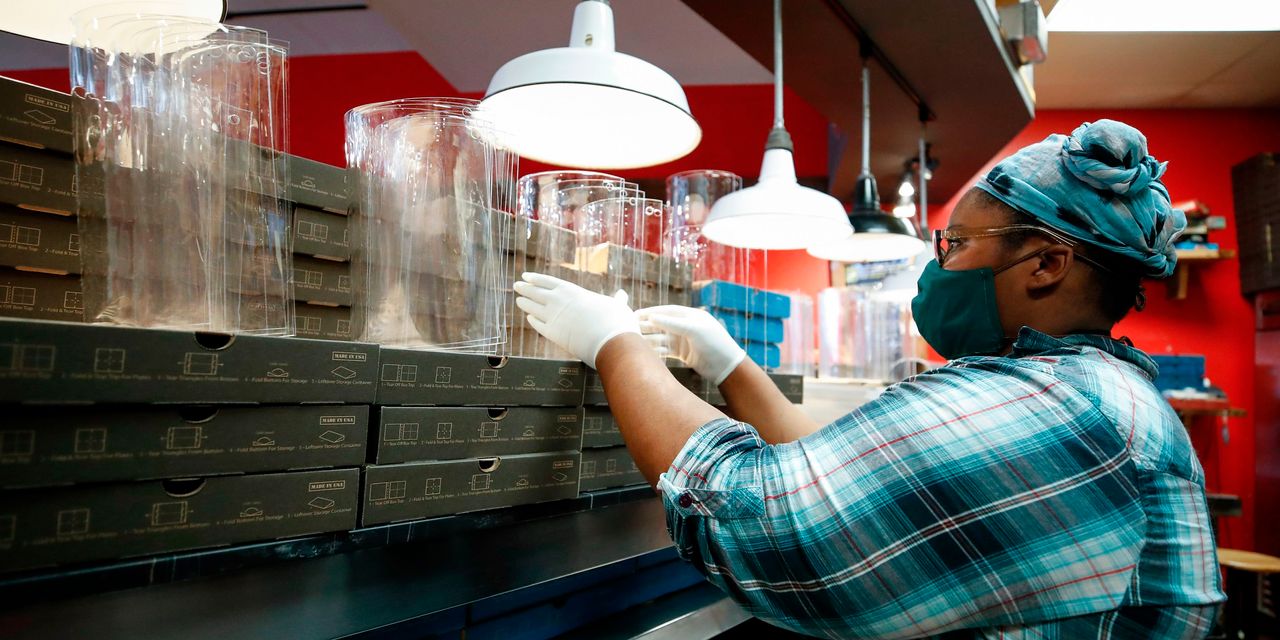