REEDSBURG, Wisconsin (AP) — At a family dining table in tiny Reedsburg, Wisconsin, Arlene Ketchpaw chatted with a half-dozen Sauk County Democrats about how to win over voters, her fellow volunteers staring out from a now familiar Zoom screen. A day later, many Republicans found seats around tables in a […]

REEDSBURG, Wisconsin (AP) — At a family dining table in tiny Reedsburg, Wisconsin, Arlene Ketchpaw chatted with a half-dozen Sauk County Democrats about how to win over voters, her fellow volunteers staring out from a now familiar Zoom screen.

A day later, many Republicans found seats around tables in a strip mall campaign office in nearby Baraboo for training that included an element missing from the Democrats’ agenda: knocking on doors.

Shelton’s comment highlights the bright line between Joe Biden’s Democratic presidential battleground approach, almost entirely virtual, and that of Trump’s campaign, which insists that even during a pandemic, face-to-face voter contact is critical in the final stretch.

Democrats acknowledge they wish they could do more in-person campaigning, but say the coronavirus has forced them to take the neighborhood model pioneered by Barack Obama and adapt it to a public health crisis. Republicans are putting their faith in the data about Trump supporters that they have gathered, and believe that they need to reinforce the president’s appeal in person.

“I know Republicans love it knocking on doors,” said Mike Murphy, a veteran Republican presidential campaign strategist now acting as strategic adviser for Republican Voters Against Trump. “But it’s not nearly as efficient as the ability to virtually get to all the right people, in all the nooks and crannies.”

Each approach is freighted with risk, and is being applied not only to the presidential race, but also in the contest for which party controls Congress.

Obama’s campaign, which was praised for its heavy reliance on data, also leaned hard on a grassroots operation that emphasized repeated, in-person contact with voters. Now, Democrats note, theirs is an untested approach given that voting is so often influenced by personal connections.

But Republicans have their own challenge. Many voters are reluctant to open their doors to talk to someone during the pandemic. Still, they believe their voters are more likely to be receptive and that the risk is worth the reward.

In fact, Republicans are not merely doing door-knocking, but also holding scaled-back rallies, such as Trump’s in Oshkosh last week, where roughly 500 came to see him, fewer than half of whom wore masks.

“We’ve got to be respectful of people’s views and we have to be careful with COVID-19, but that doesn’t mean don’t knock on a door,” Wisconsin Republican Party Chairman Andrew Hitt said. “That means just do things a little bit different and take precautions.”

Republican congressional candidates around the country have largely followed suit. One GOP group supporting U.S. House candidates is launching a door-knocking campaign aimed at capitalizing on the many Americans working from home.

Even in the sweltering Arizona sun, Republican Rep. Debbie Lesko from a GOP-heavy district outside of Phoenix said door-knocking was essential. Sporting Trump masks, Lesco and staff have spent weekends walking neighborhoods in hopes of motivating Trump-friendly voters.

Trump’s campaign is using its door-to-door effort in part to target those less frequent voters who support the president’s policies. Their strategy to win relies on maximizing that share, rather than persuading undecided voters to vote for Trump.

Democrats have had to build a new plan in real time after working to fashion a broad-based, in-person approach to winning effect in the 2018 midterm elections.

Since March, the teams have connected online, sending text messages to and calling less reliable voters — risking at times angry replies and countless hang-ups — from their homes while mining for potential Democratic voters whom 2016 nominee Hillary Clinton’s team failed to identify.

But that meant quickly adapting the neighborhood teams that had been meeting in person to the reality of social distancing and making connections virtually, said Molly Ritner, Biden’s deputy director for state campaigns.

“While we are not engaging in some of the traditional pieces of a campaign like having a lot of campaign offices where volunteers are in and out, we’ve been able to simulate those same actions virtually, where, for instance, people can come in and out and jump on the phone and make calls with us in a community setting, but via Zoom,” she said.

Ketchpaw, a fresh cup of coffee within reach, worked at just that Sunday, as part of one of roughly 250 neighborhood teams around the state that sprang up after the 2016 election.

No county had a narrower margin in Wisconsin than Sauk. It remains among the most fiercely contested in the state where Republican presidential candidates had not won since 1984 before Trump’s stunning upset.

“Racial justice seems a concern for you. Would I be stretching it if I marked you as leaning Biden?” Ketchpaw said as she plowed through her list Sunday. The man on the phone did not object.

The all-virtual Democratic strategy is playing out nationwide, in races for Congress, testing whether candidates can win without having knocked on a single door.

It was apparent to Democrats in March that 2020 would be vastly different, as a memo from the political arm of House Democrats suggested. “Everything the campaign and candidate does should keep COVID-19, people’s concerns and stressors front of mind,” said the memo, obtained by The Associated Press.

Last week, House Speaker Nancy Pelosi put it starkly: “The fact, is this is a matter of life and death.”

Fri Sep 4 , 2020
(Bloomberg) — Europe’s fintech upstarts have added millions of users and billions of deposits in their venture-capital fueled boom the past few years. And now the fight to one day turn a profit is becoming a battle for survival. Monzo and Revolut, two of the industry’s leaders, said losses more […] 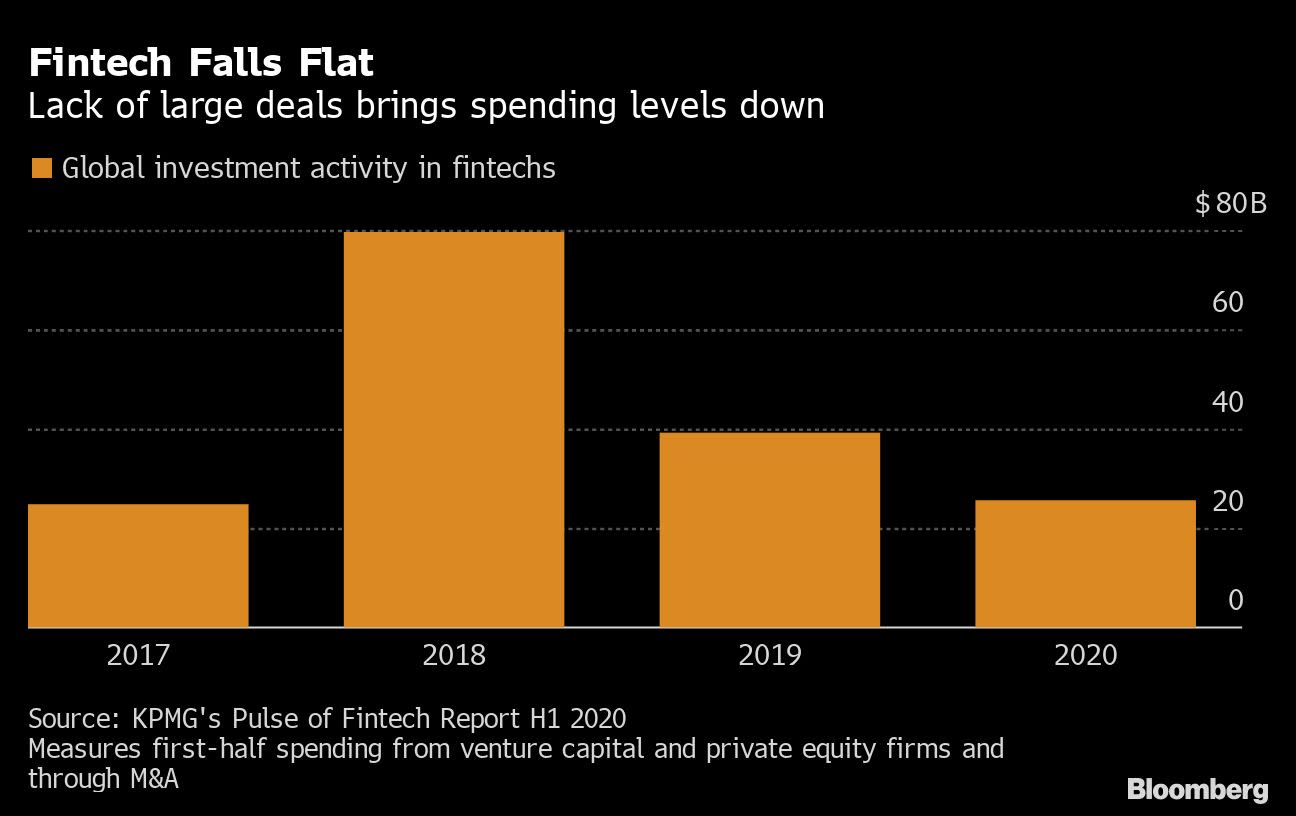