Republicans say the move is intended to preserve the part-time nature of Virginia lawmaking, which they say Democrats have nearly turned into a year-round enterprise since taking over the House and Senate in January. “We are not a professional legislature,” said House Minority Leader Todd Gilbert (R-Shenandoah). “We are intended […]

Republicans say the move is intended to preserve the part-time nature of Virginia lawmaking, which they say Democrats have nearly turned into a year-round enterprise since taking over the House and Senate in January.

“We are not a professional legislature,” said House Minority Leader Todd Gilbert (R-Shenandoah). “We are intended to be a citizen legislature, and part time, and that’s something that makes our system work better.”

But Democrats, entering their second year of consolidated power in Richmond, say the GOP’s tactic will not get in the way of their ambitious agenda, which includes a plan backed by Gov. Ralph Northam (D) to legalize marijuana.

“Regardless of whether it’s 30 days or 46, I can assure you we will get our work done around-the-clock so we can deliver for Virginia,” said House Speaker Eileen Filler-Corn (D-Fairfax).

Virginia’s legislature ordinarily holds some of the shortest legislative sessions in the country — 60 days in even years, 30 days in odd, under the limits set out in the 1971 state constitution. The constitution allows the legislature to extend odd- and even-year sessions by up to 30 days, which it has always done in short sessions, though it takes a two-thirds supermajority vote in both chambers to sign off.

But Democrats could get around the limit, most easily if Northam called a special session, which would not be subject to constitutional limits. Northam spokeswoman Alena Yarmosky declined to say if the governor would do so, but she was sharply critical of the GOP’s efforts, calling it “the type of petty and partisan game playing we would expect out of Washington, D.C. — not Richmond.”

Democrats could also cram more legislating into the 30 days — they’re counted by calendar day, not work day — by meeting on weekends. Marathon committee and floor meetings that run late into the night are another option. And, in a real hardball move, Democrats could cite the time constraints as reason not to take up any GOP bills.

Given those workarounds, veteran Richmond political analyst Bob Holsworth thinks the GOP does not realistically expect to shorten the session. But it may be hoping to convey a limited-government message to voters ahead of 2021 elections — the first test of whether Republicans can regain a foothold in this onetime swing state after President Trump leaves office.

“It’s theater, not policy,” Holsworth said. “It is so easily circumvented by the Democrats, who believe the session should continue as it has for years.”

The stakes are high for both parties heading into an election year, when Virginia will pick a governor, lieutenant governor and attorney general, and all 100 House of Delegates seats will be on the ballot.

Gilbert said the General Assembly should be able to do its work in 30 days next year because it just reworked the state’s two-year, $135 billion budget, adjusting it to the financial hits the pandemic was taking on state finances.

He contends the 30-day limit would force the legislature to focus on the most critical issues, such as ensuring that, in a time of shuttered schools and unequal Internet access, “kids are learning every day.”

“We feel very comfortable that the legislature can get its work done in a timely fashion, and no one needs to put in every bright idea [for legislation] that they’ve ever had,” Gilbert said. “If the majority and minority want to work on things to make life better for people and address the ongoing consequences of the pandemic . . . that’s what we intend to stick to.”

But just one year into their takeover in Richmond, Democrats are not in the mood to trim their sails.

“After 20-something years in the wilderness, there was a lot of pent-up work to do. It’s sort of amazing how much we accomplished,” said Del. Marcus B. Simon (D-Fairfax), who hopes the campaign-finance overhaul measure he’s been pushing for the past seven years will finally fly next year. “I think we have a lot of work left to do and I think it’s a little disappointing that Republicans aren’t interested in giving us the time we need to do the things we promised voters we will do.”

State Sen. Janet D. Howell (D-Fairfax), chairwoman of the Senate Finance and Appropriations Committee, said the legislature will need more than 30 days to continue wrestling with the state budget and the pandemic’s continued economic fallout.

“All of our state agencies are stressed, our higher education system is stressed, and we need to have mature leadership looking at how to deal with these issues,” Howell said. “I want us to make wise decisions, not hasty ones.”

Democrats say a 30-day session would be unrealistically short to give every bill fair consideration — even under new bill limits expected to be imposed in both chambers in response to the mountain of legislation filed last year. Plans call for the House’s 100 delegates to be capped at seven bills apiece. The 40 senators will get 12 bills each.

That amounts to a maximum of 700 House bills and 480 Senate bills. In a 30-day session, each would have to make it out of one chamber and over to the other in the space of two weeks, Simon noted, calling that a “fairly daunting” pace.

After flipping the House and Senate blue in November 2019 elections, Democrats pushed through sweeping changes in the 60-day regular session that kicked off in January. They tightened restrictions on guns, loosened them on abortion, raised the minimum wage, expanded LGBT rights and increased voting access, to name just a few of their wins.

That session ran five days into overtime. Then came the special session, initially planned to address the pandemic’s impact on the budget but later expanded, after the killing of George Floyd in Minneapolis police custody in May, to cover issues of racial injustice and police brutality. It kicked off Aug. 18 and did not wrap up until Nov. 9.

Legislators did not meet daily over that long stretch. And the House convened only online as a precaution against the novel coronavirus. That made it more convenient for some delegates to carry on with their day jobs. But for legislators from rural areas with spotty Internet access, participation was harder. Some members of the public and lobbyists found it harder to join in committee hearings, and to observe floor sessions.

Filler-Corn plans to convene the House remotely for the regular session, while the Senate will continue meeting in person, with desks spaced far apart at a meeting space at the Science Museum of Virginia.

Irked by the marathon special session and the breathtaking speed of Democratic gains, some Republicans have cheered the proposed 30-day limit as a way to rein in the newly blue Capitol.

“We’re doing what we can to limit the amount of further destruction Democrats can inflict on the Commonwealth in their remaining 12 months in power,” Del. David A. LaRock (R-Loudoun) tweeted.

But Sen. Scott Surovell (D-Fairfax) said that’s not up for the Republicans to decide.

“It’s an effort to limit the power of the majority that voters put in office 12 months ago,” he said. “If you’re going to make major policy changes, it takes more than 30 days of session.”

When’s last day you can order Thanksgiving meals at Publix, Sedano’s, Winn-Dixie, others?

Sat Nov 21 , 2020
Thanksgiving is almost here and you haven’t received a dinner invitation yet? It’s probably because people are hosting smaller gatherings this year because of COVID-19. But you’ve still got some options. You could always go out to eat or order takeout (some restaurants are offering Thanksgiving meals-to-go) but if what […] 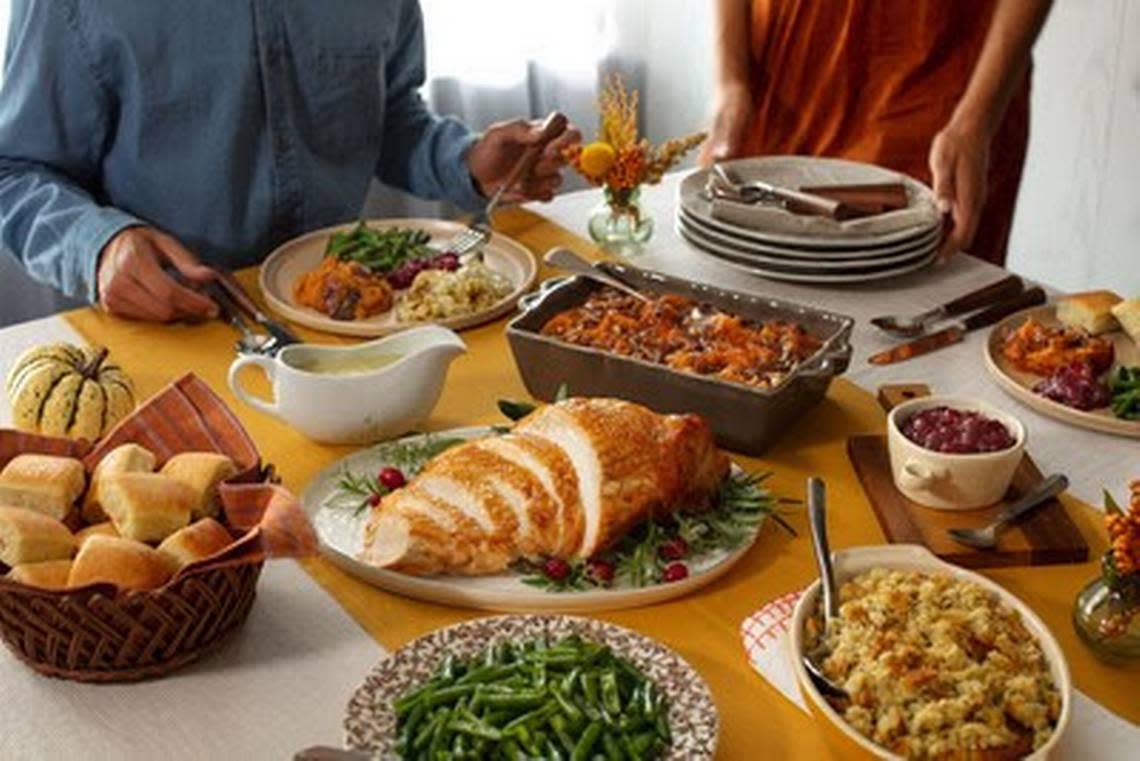