Democrats and unions are stepping up pressure on the National Labor Relations Board to conduct its elections electronically to avoid the risks of in-person voting during the pandemic but are clashing with conservatives warning about fraud — mirroring the debate in the presidential race. The NLRB, which oversees the elections […]

Democrats and unions are stepping up pressure on the National Labor Relations Board to conduct its elections electronically to avoid the risks of in-person voting during the pandemic but are clashing with conservatives warning about fraud — mirroring the debate in the presidential race.

The NLRB, which oversees the elections that determine whether workers may form unions, is forbidden from collecting votes electronically by language included in every congressional appropriations bill since 2012. Now, as social distancing requirements continue to jeopardize in-person voting, labor groups want Congress to delete that language from fiscal 2021 spending packages and direct the agency to form its own electronic election system.

Republicans and right-to-work groups counter that conducting elections electronically opens the door to fraud and coercion on the part of labor organizations, echoing a charge that President Donald Trump has leveled at efforts to expand mail-in voting in the November election.

“The risk of hacking, fraud and coercion is just one of the many reasons union elections are held in person, closely supervised by the NLRB,” Rep. Virginia Foxx of North Carolina, the top Republican on the House Education and Labor Committee, said in a statement to POLITICO. “House Democrats scheming to rig the rules to force workers into unions isn’t new, but using the pandemic as an excuse to advance Democrats’ long-desired political objectives is particularly disturbing.”

“The idea of the secret ballot is you walk in the booth, and maybe people think they know how you vote but ultimately, only you really do,” said Patrick Semmens, vice president of the National Right to Work Foundation, a group aimed at eliminating “coercive” union power. “And that simply cannot be said of electronic voting, nor of mail-in ballots.”

“You can literally have a union organizer watch how you vote” under an electronic system, he added. “And that’s a problem; it opens the door to a lot of coercion.”

Union organizers, he said, “frequently” make home visits, so it’s possible they will be there when a person votes.

Democrats and unions counter that the agency is risking the lives of workers and of its own staff by mandating that voters show up in-person. Mail-in ballots, they say, are rejected by most employers — leaving electronic elections, something they considered during the Obama administration, as the only viable option.

“It makes no sense to deny workers access to a safe and efficient process for conducting representation elections,” the AFL-CIO wrote in a May letter to Congress. Among other organizations signing the letter were the American Federation of State, County and Municipal Employees, the United Food and Commercial Workers, the American Federation of Teachers and the Service Employees International Union.

A bipartisan pair of lawmakers, Reps. Andy Levin (D-Mich.) and Brian Fitzpatrick (R-Pa.), introduced a bill this month that would repeal a provision included in past appropriations bills forbidding the NLRB from allowing “voting through any electronic means.”

The legislation, which has 45 cosponsors, would appropriate $1 million for the agency to create a system allowing for unions to be formed via electronic voting. If the NLRB cannot develop an effective system within 60 days, the bill would mandate that it adopt an electronic voting system in use since 2007 by the National Mediation Board, a body that seeks to resolve labor-management disputes in the rail and airline industries.

“If you took politics completely out of this, no sane person would say we should have in-person NLRB elections when we can conduct them electronically with complete confidence, and even save taxpayer money and be more efficient,” Levin told POLITICO. “We’re just trying to take a public health approach here.”

Union groups including the AFL-CIO, American Federation of Teachers, the Communications Workers of America and others have endorsed the legislation, according to Levin’s office.

The NLRB suspended votes for two weeks at the outset of the Covid-19 pandemic amid uncertainty over how to proceed. Last week, its general counsel issued guidelines to allow for in-person elections to continue; those were condemned by the board’s own union, which said they would “expose NLRB employees to Covid-19.”

The suggestions included considering adjusting voting times to prevent crowding and allow for social distancing, limiting the number of observers of the election, and certifying that the polling areas are sanitized, among other protocols.

Foxx and Rep. Tim Walberg (R-Mich.) sent a letter in June to the NLRB urging the agency to dismiss calls to move elections online, calling them “little more than another attempt to change the rules in favor of organized labor, against workers who wish to represent themselves, and against employers who wish to negotiate directly with their employees.”

“[I]t is clear that in-person, secret-ballot voting is the most reliable method for elections of any kind, and we strongly encourage the NLRB to ensure that all union elections under its jurisdiction be conducted in this manner to ensure a free and fair process,” the two wrote.

Asked about the possibility of fraud, Levin pointed to the National Mediation Board’s track record. The agency has “zero” incidents of fraud since it began conducting electronic elections 13 years ago, he said. The board declined to comment when asked to confirm this.

Rebecca Rainey contributed to this report.

Sacramento-area teachers react to plans for an online fall

Fri Jul 17 , 2020
In the wake of the news that public school campuses in Sacramento County will stay closed when instruction resumes in the fall, teachers are reacting with mixtures of relief and concern for their students, all while preparing for the upcoming school year. The Sacramento County Office of Education announced Wednesday […] 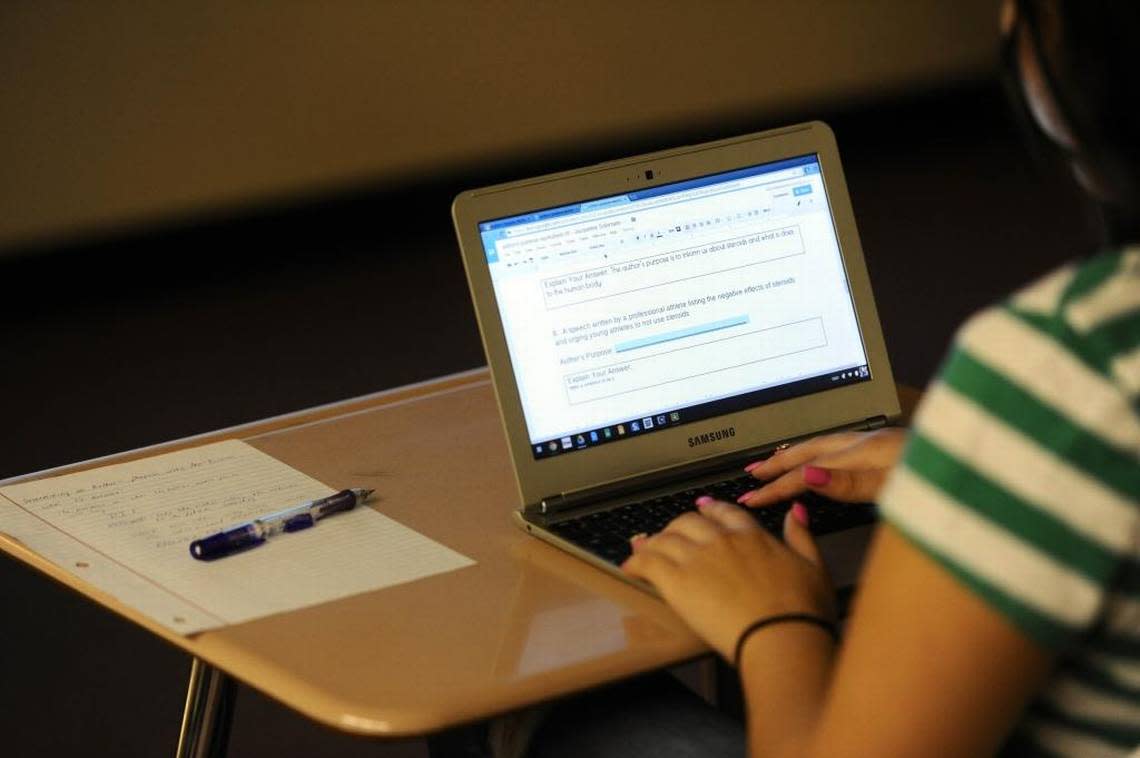