Photograph: Logan Cyrus/AFP/Getty Images Two members of a key congressional committee have asked the FBI to open a criminal investigation of the leadership of the US Postal Service (USPS), alleging the postmaster general, a Trump mega-donor, has slowed mail delivery in an attempt to rig the presidential election. Related: How […]

Two members of a key congressional committee have asked the FBI to open a criminal investigation of the leadership of the US Postal Service (USPS), alleging the postmaster general, a Trump mega-donor, has slowed mail delivery in an attempt to rig the presidential election.

Related: How Trump’s new head of the Postal Service became the most important election official

“There is evidence that making mail-in balloting more difficult may be one of the motivations for the changes instituted at the Post Office,” Ted Lieu of California and Hakeem Jeffries of New York, both Democrats, wrote in a letter to the FBI director, Christopher Wray.

An unprecedented number of states have instituted mail-in voting in response to the coronavirus pandemic, citing the efficacy of the process in states that have used it for years. The USPS has come under intense scrutiny for policy changes announced as Trump attacks mail-in voting.

The two Democrats’ letter referred to reports that the postmaster general, Louis DeJoy, and the USPS board of governors “have retarded the passage of mail”, and said evidence suggests actions have been taken “to affect mail-in balloting or was motivated by personal financial reasons”.

“We request the FBI to look into whether postmaster general Louis DeJoy, or members of the board of governors of the US postal service, committed any crimes,” the congressmen wrote.

Speaking to Fox News on Monday, Trump defended DeJoy and repeated his familiar and widely debunked claim that mail-in ballots would be “a disaster”.

Later, at the White House, he denied asking for a mail-delivery slowdown and said the USPS was “running very well”.

Speaker Nancy Pelosi is recalling the House early from its summer recess, in an attempt to protect the USPS. Several states are also considering legal action to stop the service being run down.

Pelosi said the House would return later this week to vote on a bill prohibiting the USPS from changing operations or service levels from what it had in place at the start of 2020. Previously, the House had not been scheduled to vote until 15 September. She said late on Sunday Trump was trying to sabotage the election by manipulating the postal service, and called DeJoy “a complicit crony”.

“Lives, livelihoods and the life of our American democracy are under threat from the president,” Pelosi said, calling for a day of action on Tuesday. “In a time of a pandemic, the Postal Service is election central. Americans should not have to choose between their health and their vote.”

Congressional Democrats announced on Sunday that DeJoy and Robert Duncan, the chair of the USPS board of governors, have been invited to a 24 August hearing of the House oversight committee. The hearing will investigate the removal of mailboxes and shutting down of sorting machines nationwide.

In calling for a criminal investigation of DeJoy, Jeffries and Lieu noted that he had donated more than $1.2m to the Trump campaign.

“It is not unreasonable to conclude that Postmaster General DeJoy and the board of governors may be executing Donald Trump’s desire to affect mail-in balloting,” the congressmen wrote. They also accused DeJoy of a conflict of interest from owning stock in postal service competitors and contractors.

In a video that went viral online at the weekend, a reporter interviewed a man in a USPS uniform about mail volume in Columbus, Ohio.

“There is a lull in the mail volume,” the man said. “The whole thing is just a – they’re trying to shut us down so people can’t vote, just basically trying to take away people’s constitutional right to vote. To rig the election. That’s all this is all about. The postal service is fine if they let us handle our business.”

Bernie Sanders told NBC’s Meet the Press Trump’s attacks on the USPS amounted to “a crisis for American democracy”.

“What you are witnessing is a president of the United States who is doing everything he can to suppress the vote, make it harder for people to engage in mail-in balloting at a time when people will be putting their lives on the line by having to go out to a polling station and vote,” the Vermont senator said.

Over the past few months, states have seen record numbers of Americans request ballots and submit votes by mail in primary and other elections. There is concern over whether the USPS, already facing a severe financial crisis, will be able get ballots to voters and return them to election offices in time to have them counted.

After protests outside DeJoy’s home in Washington at the weekend, the Senate Democratic leader, Chuck Schumer, said the USPS board should remove DeJoy if he “refuses to come before Congress”.

The Senate majority leader, Mitch McConnell, had no scheduling updates for the Republican-controlled Senate, a spokesman said.

But the Republican senator Susan Collins of Maine, a moderate in a tight re-election race, said on Twitter the Senate should return to consider legislation to provide the USPS up to $25bn in coronavirus funding.

“It is outrageous that Donald Trump would attempt to undermine the USPS for electoral gain,” the Massachusetts attorney general, Maura Healy, said.

DeJoy has strongly denied any political interference, and Trump said on Saturday DeJoy was in fact trying to “make the post office great again”.

Last week, however, Trump openly admitted he was blocking $25bn in proposed aid to the post office because he wanted to make it harder to vote by mail.

Is It Time To Ditch Your Bank? Here Are Some Reasons To Switch

Mon Aug 17 , 2020
Chances are, you’ve never switched banks. A recent study by Bankrate found that Americans enter long-term relationships with their banks, using the same primary checking account for over 14 years on average. But why do so many of us stay loyal to one financial institution? After all, we shop around […] 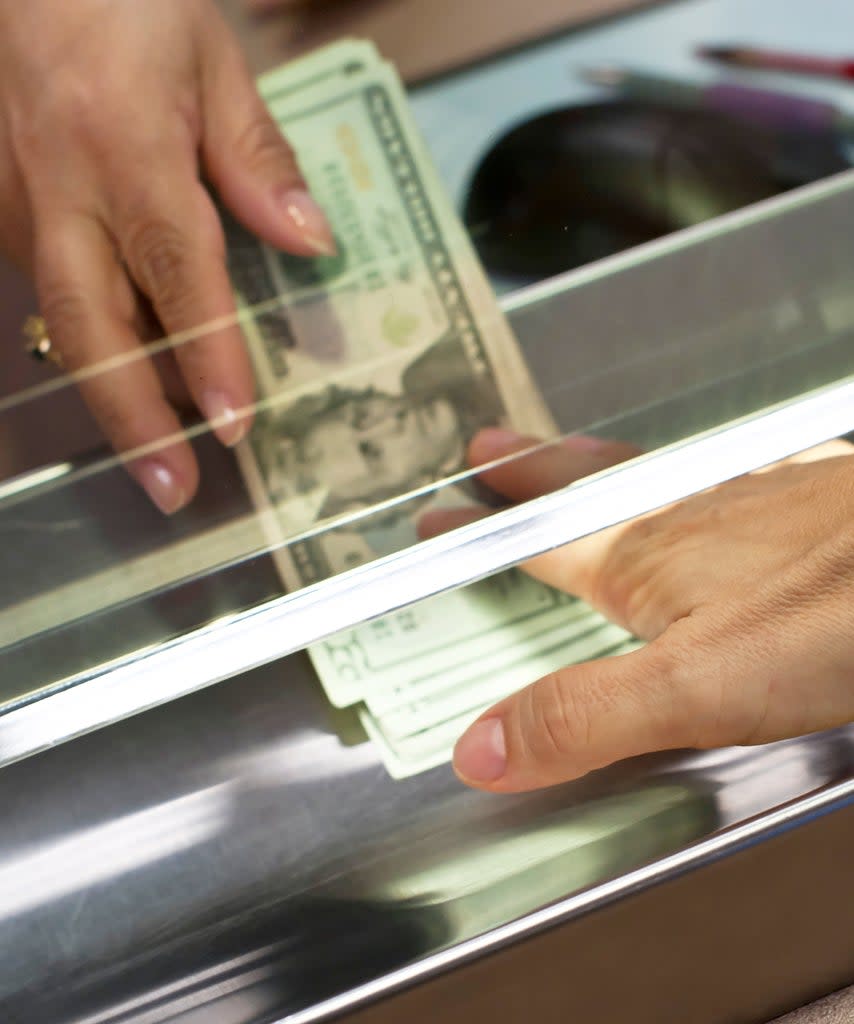