Dads take care of their kids. We make sacrifices. It’s what we’re called to do. Except when it results in a planet getting blown up. Picture it: Luke’s in his X-Wing, hurtling down the Death Star trench. He’s got to make this shot or the Rebellion is doomed. Darth Vader […]

Dads take care of their kids. We make sacrifices. It’s what we’re called to do. Except when it results in a planet getting blown up.

Picture it: Luke’s in his X-Wing, hurtling down the Death Star trench. He’s got to make this shot or the Rebellion is doomed. Darth Vader swoops in behind.

Luke turns around to make sure that R2 is okay. That’s what he’s supposed to do, right? Take care of the feisty robot.

This story was submitted by a  Fatherly reader. Opinions expressed in the story do not necessarily reflect the opinions of  Fatherly as a publication. The fact that we’re printing the story does, however, reflect a belief that it is an interesting and worthwhile read.

And because Luke is so busy making sure the droid is alright, he misses his chance at the exhaust port. The Death Star fires. The Rebellion is doomed.

But at least R2 is okay.

Sure, sure, Luke wasn’t a daddy to a bouncing baby droid, and that’s probably for the better. But sometimes we as dads focus so much on what we need to give, planets explode.

Or maybe our lives.

While I’ve never made a Death Star run outside of a video game, I have had my life explode. It’s been spectacular. See, I’ve got depression. Depression is one of those things that makes you feel wonderful about yourself.

Except it doesn’t. At all.

My depression makes me feel like a failure. It makes me feel guilty, and then it makes me feel guilty for feeling guilty. When it gets bad, I literally can’t move out of bed. I say over and over again, “This is stupid.” But I can’t change it. And when that happens, well, my involvement with the family screeches to a halt. It’s almost like a planet exploded, for all the good I’m able to do.

In my life, depression triggers most often when I’m exhausted. I’ve used all my energy pursuing all the programs my kids are in or figuring out good Star Wars analogies, and the result is I don’t have enough energy to fight off the depression.

Soon enough, I can tell I need to cut myself some slack or I’m going to have a full-on depressive episode.

And what happens next?

“Dad, can you help with this project?”

And I’m a dad. I want to sacrifice for my kids. I love them, and I want to make sure they’re okay.

So I give the ride. I help with the project. (Maybe I hand that one over to my wife; trust me kids, you don’t want me crafting with you. It won’t turn out well.) Yeah, I’ll play the game with you.

And that’s when the planet explodes. I’m busy taking care of my kids instead of doing what’s necessary to actually blow up the Death Star.

I’m mixing up my metaphors here. I really need to make sure the quarterback hits a home run here, so let me start over: I want to take care of my kids. But to do that, I need to make sure I don’t fall into a depressive episode. I’m no good to anyone when that happens; I literally can only lie in bed for… way too long. So to take care of the kids, I need to focus on the big picture.

Luke focused on the big picture with the Death Star. He took care of that, so he was able to take care of R2. And, you know, kiss the princess since he didn’t know she was his sister yet.

Don’t worry. I didn’t marry my sister. My dad isn’t a Sith either. That I know of, at least.

What this means is that I need to remind myself that if my goal is taking care of the kids, sometimes I need to not sacrifice today so that I’m able to sacrifice tomorrow. Sometimes I need to say no to them so I can say yes to them in some other way. And it’s okay to focus on the big picture, even if it means saying no in the short term.

And hopefully no planets explode in the process.

Jonathon Mast lives in Kentucky with his wife and an insanity of children. (A group of children is called an insanity. Trust me.) He can be found online at https://wantedonenewearth.wordpress.com/

The post Depression Is My Personal Death Star. Here’s How I’ve Learned to Handle It appeared first on Fatherly.

Tue Jul 14 , 2020
President Donald Trump has spent the past two weeks demanding — often in all caps on Twitter — that American schools reopen this fall. But America’s biggest school systems are rejecting the president across the country, with one city and county after another opting for virtual education or just a […] 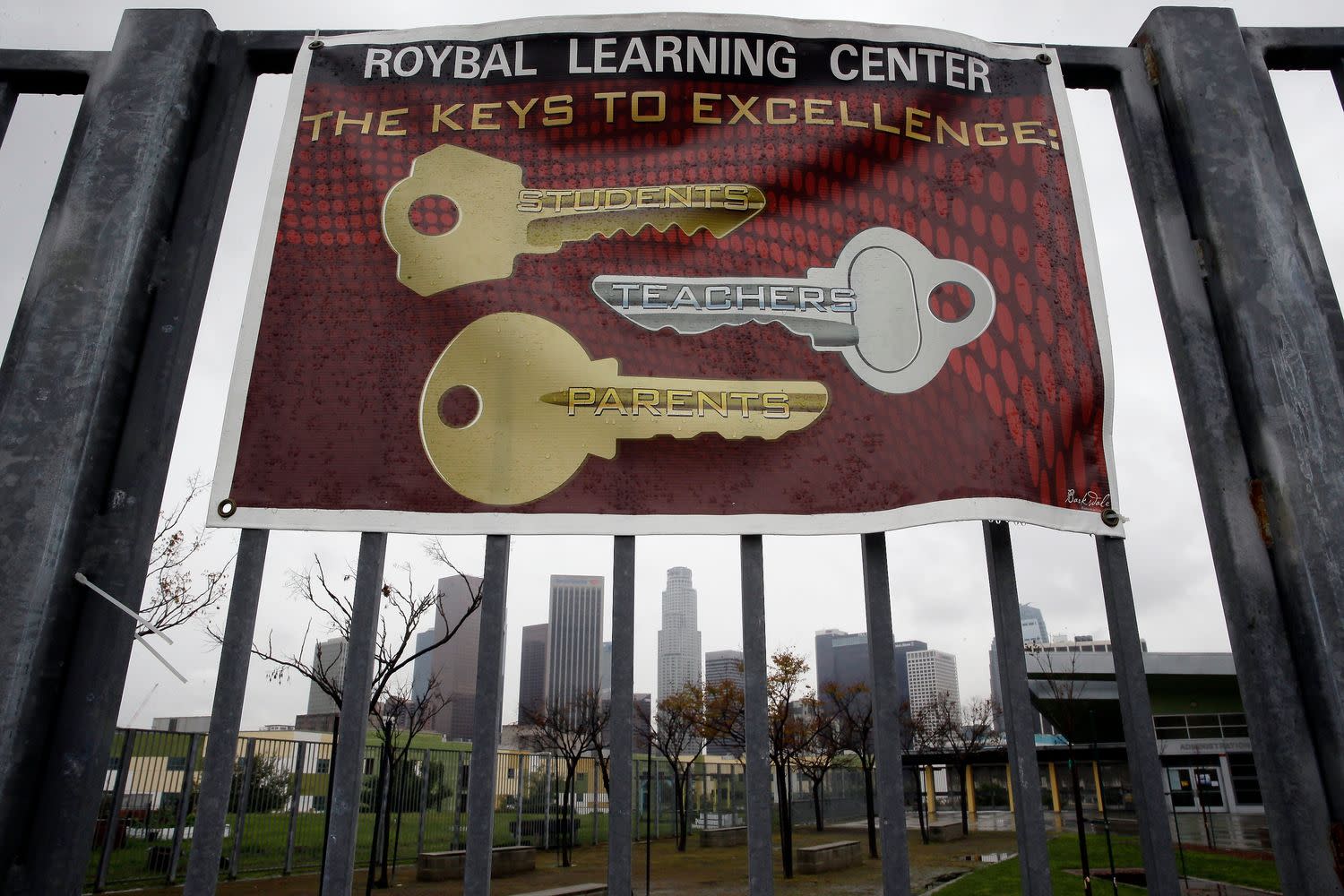