Reforming unnecessarily onerous government legislation can boost economic performance. But getting rid of essential standards for health care, worker safety and environmental protection can end up hurting people’s wellbeing and slowing long-term growth.  All deregulation is not synonymous with a country’s economic success. As regulations have a socioeconomic rationale, removal […]

All deregulation is not synonymous with a country’s economic success. As regulations have a socioeconomic rationale, removal of a regulation or the introduction of a new one should be transparently tested by a cost benefit analysis from the social viewpoint.

Rationalizing regulatory regimes makes doing business easier, which the Trump administration has set out as the whole basis for its deregulation agenda. But the outcome of the administration’s policies doesn’t seem to show improved efficiency and performance. The reason is that the focus has been less on cutting wasteful expenditures on unnecessary controls, and more on reducing vital social safeguards that benefit special interests, for instance in energy, transport and finance.

For example, the administration changed driver fatigue rules in response to lobbying from the trucking industry. The rush to open the Tongass National Forest to logging and Alaska’s North Bank and gulf waters to drilling, seemed more about serving particular interest groups than promoting economic growth and wellbeing. The same goes for cutting auto emission standards.

The pace of “undoing” at the Interior Department and the Environmental Protection Agency has been hectic — and it has intensified since the COVID-19 pandemic while public attention has been elsewhere. The administration has ditched 72 environmentally protective rules and regulations, and another 27 are being overturned. The reversal of the existing standards for carbon emissions from power plants and vehicles would raise the United States’ contribution to global emissions at a critical time for climate action. Lifting of some of the oversight functions endanger the management of risks from natural disasters.

At the federal level, there have been a range of policy reversals, including lifting protections on clean water and the Affordable Care Act provisions, some causing irreparable harm. Coupled with cuts in the public health budget, these measures will likely lead to more illnesses and deaths. In health care and environmental protection, there is room for reform to simplify procedures to make things work better. But ill-advised deregulation harms people’s wellbeing and takes points off economic growth over time.

Donald John TrumpBiden campaign slams Facebook after thousands of ads blocked by platform’s pre-election blackout Mnuchin says he learned of Pelosi’s letter to him about stimulus talks ‘in the press’ Harris to travel to Texas Friday after polls show tie between Trump, Biden MORE’s budget proposal for the 2021 fiscal year includes cuts to vital health and social safety net programs. The budget proposal could mean a 10 percent decline in the allocation to major health care agencies — and this in the middle of a pandemic. Going forward, both the size and efficiency of health investments will need to become priorities.

A problem here and globally is that influential measures of economic success put far greater emphasis on market liberalization and economic openness — and by implication deregulation — than on welfare gains to society. Among these are the World Bank’s Ease of Doing Business index (EODB), the Organisation for Economic Co-operation and Development’s (EOCD) FDI Regulatory Reform Index and World Economic Forum’s Global Competitiveness Index.

The administration’s dismantling of a slew of environmental regulations, including the reversal of emission standards for power plants and automobiles and the expansion of fossil fuels, has negative economic and environmental consequences. Fossil fuels continue to be subsidized despite the climate crisis. But all this has not hurt the country’s ranking on the EODB, placing sixth out of 190 countries in 2020, up from eighth in 2019. The United States is of course not the only country that has weakened legislation protecting the environment: Brazil, India and Russia have taken this direction too.

The financial sector also needs to balance liberalization with rule setting. Again, whether it is paying taxes or starting a small business, burdensome restrictions should be deregulated. The need to have sound regulations have been well-learned from numerous financial disasters, including the 1929 Wall Street Crash, the Enron and WorldCom scandals in 2001 and the 2008 global financial crisis, all of which prompted stronger regulations.

Country experiences suggest how liberalizing excessively controlled markets can bring economic benefits. But the issue is across-the-board deregulation, borne out of a worldview that equates private business interests with the interests of society, with no accounting for the harmful spillovers of business activities on health, the environment and climate change.

As the United States elects its next president, it is timely to recognize the vital role of public policy in protecting good regulations and getting rid of bad ones. That realization calls on the next administration — whether it’s Trump’s or Joe Biden

Joe BidenHarris to travel to Texas Friday after polls show tie between Trump, Biden Florida heat sends a dozen Trump rally attendees to hospital Harris more often the target of online misinformation than Pence: report MORE’s — to put to the test of social cost benefit analysis its regulatory agenda, including  a turnaround of the recent deregulation campaign and steps to make existing regulations work better.

Vinod Thomas is a distinguished fellow in Development Management at the Asian Institute of Management, Manila. He is a visiting professor at the National University of Singapore and former senior vice president at the World Bank.

Sat Oct 31 , 2020
Independent commercial fisherman at the docks Running a small business can take up a significant amount of time and energy. You may be wondering if you should hire a business financial advisor to help stay on top of your business and personal finances. A financial advisor can offer advice and […] 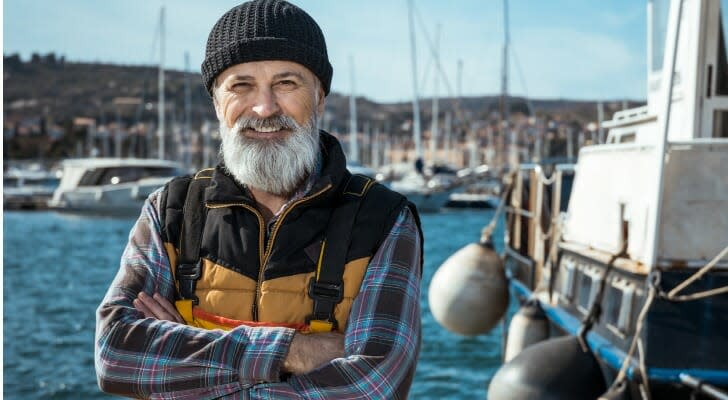