Donald Trump, the US president, has clashed with Meghan Markle in the past – AP Photo/Andrew Harnik Donald Trump has taken a public swipe at Meghan Markle after she and Prince Harry appeared in a US voter registration drive video, saying he was “not a fan” of the Duchess. The […]

Donald Trump has taken a public swipe at Meghan Markle after she and Prince Harry appeared in a US voter registration drive video, saying he was “not a fan” of the Duchess.

The US president also appeared to make a joke about the pair’s relationship, saying that Prince Harry was going to need “a lot of luck” going forward.

The intervention escalates a remarkable spat between the US leader and the young Royals, who have stepped back from official duties and moved to America.

The trigger was the Duke and Duchess of Sussex appearing in a joint video message urging Americans to sign up to vote in the presidential election on November 3.

The Duchess said: “Every four years, we’re told, ‘This is the most important election of our lifetime.’ But this one is.”

The Duke said: “As we approach this November, it’s vital that we reject hate speech, misinformation, and online negativity.”

Neither mentioned Mr Trump or Joe Biden, the Democratic presidential nominee, by name. However some, including Trump allies, interpreted their call for people to “reject hate speech” as a veiled dig at the US president.

During a White House briefing for journalists on Wednesday evening the president was asked for his reaction.

The reporter asking the question gave her own interpretation of the comments as she said the pair had effectively encouraged people to vote for Mr Biden.

Mr Trump responded: “I’m not a fan of hers and I would say this, and she probably has heard that. But I wish a lot of luck to Harry, cause he’s going to need it.”

The exact meaning of Mr Trump’s comment about Prince Harry is unclear, but it appeared linked to his critical comment towards the Duchess.

It is not the only blow-back to the intervention from the Trump camp, with Corey Lewandowski, one of Mr Trump’s campaign managers in the 2016 election race and a senior campaign adviser this cycle, voicing criticism.

“They made Britain great again by leaving, I hope they do the same for us,” Mr Lewandowski said, appearing to urge the couple to leave America. They are currently living in Los Angeles after stepping away from Royal duties.

The row risks straining the ‘special relationship’ between America and Britain, given Mr Trump’s fondness for the Royal Family – he often talks about his Scottish mother’s love for the Queen – and tendency to see foreign policy through the prism of personal ties.

Buckingham Palace has distanced itself from the Duke’s remarks, not commenting directly on his words but making clear he was not speaking for the Monarchy.

“The Duke is not a working member of the Royal Family and any comments he makes are made in a personal capacity,” a Buckingham  Palace spokesman said.

The Sussexes made the remarks in a joint video message which focussed on encouraging people to register to vote.

“Every four years we are told the same thing, that this is the most important election of our lifetime. But this one is.

“When we vote, our values are put into action and our voices are heard. Your voice is a reminder that you matter, because you do and you deserve to be heard.”

The Duke added: “This election, I’m not going to be able to vote here in the US. But many of you may not know that I haven’t been able to vote in the UK my entire life.

“As we approach this November, it’s vital that we reject hate speech, misinformation, and online negativity.”

He also urged Americans to be cautious about what online content they consumed, saying:  “When the bad outweighs the good, for many, whether we realize it or not, it erodes our ability to have compassion and our ability to put ourself in someone else’s shoes.

“Because when one person buys into negativity online, the effects are felt exponentially. It’s time to not only reflect, but act.”

Why does Germany make so little room for working moms?

Thu Sep 24 , 2020
It was about six years ago, after the birth of her second child, that Felicitas Sochor quietly began to worry about being called a Rabenmutter. Ms. Sochor had long dreamed of starting a cafe. But even if she could balance the work commitment that would require with the needs of […] 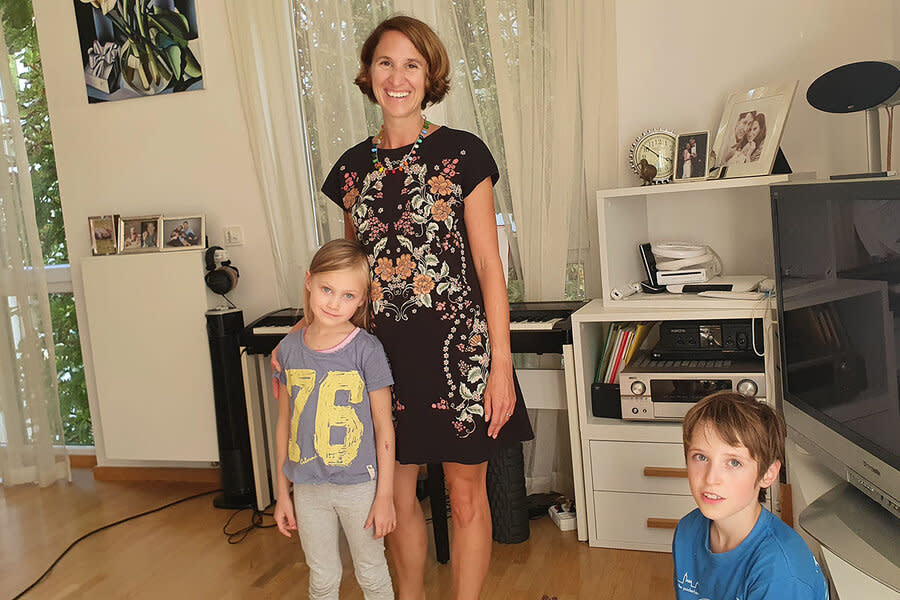