The Duchess of Sussex has spoken about her caution in saying anything too “controversial” over fears of putting her family at risk.


Appearing at Fortune’s members-only Most Powerful Women Next Gen Summit, Meghan revealed she would not be proud of herself as a mother if she had not tried to “make this world better” for son Archie.

But she added that she was “cautious of putting my family in a position of risk” when speaking publicly, instead choosing topics that are “fairly straight forward”.

When asked about whether motherhood had made her more courageous or more cautious, Meghan, speaking from her home in California, replied: “It’s interesting because my gut is that it makes you more courageous.

“It makes you so concerned for the world they’re going to inherit, and so the things that you’re able to tolerate on your own are not the same.

“At the same time I am cautious of putting my family in a position of risk by certain things, and so I try to be rather very clear with what I say and to not make it controversial, but instead to talk about things that seem fairly straight forward – like exercising your right to vote.”

She added: “As a parent I can enjoy all the fun and silliness and games with my son, but I wouldn’t be able to feel proud of myself as a mom if I didn’t know that I wasn’t doing my part to make it a better place for him.”


Touching on the topic of social media, Meghan raised concerns that it was an “addiction” for some, adding that she does not have any online accounts for her “own self-preservation”.

The duchess closed her personal Twitter, Instagram and Facebook accounts four months before she wed the Duke of Sussex, while her lifestyle blog thetig.com shut down in 2017.

“I have made a personal choice to not have any accounts so I don’t know what’s out there and in many ways that’s helpful for me,” she told the event on Tuesday.

“I have a lot of concerns for people that have become obsessed with it and it is so much a part of our daily culture for so many people that it’s an addiction.

“Like many others, and you know, there are very few things in this world where you call the person who’s engaging with it a user.

Wed Oct 14 , 2020
A viral video shows yet another healthcare provider having a breakdown on camera due to her frustration over anti-maskers.  An ICU respiratory therapist, whose video was posted to Reddit by user u/jcepiano on Monday, expressed her anger about people not wearing masks, ending up in the intensive care unit, and […] 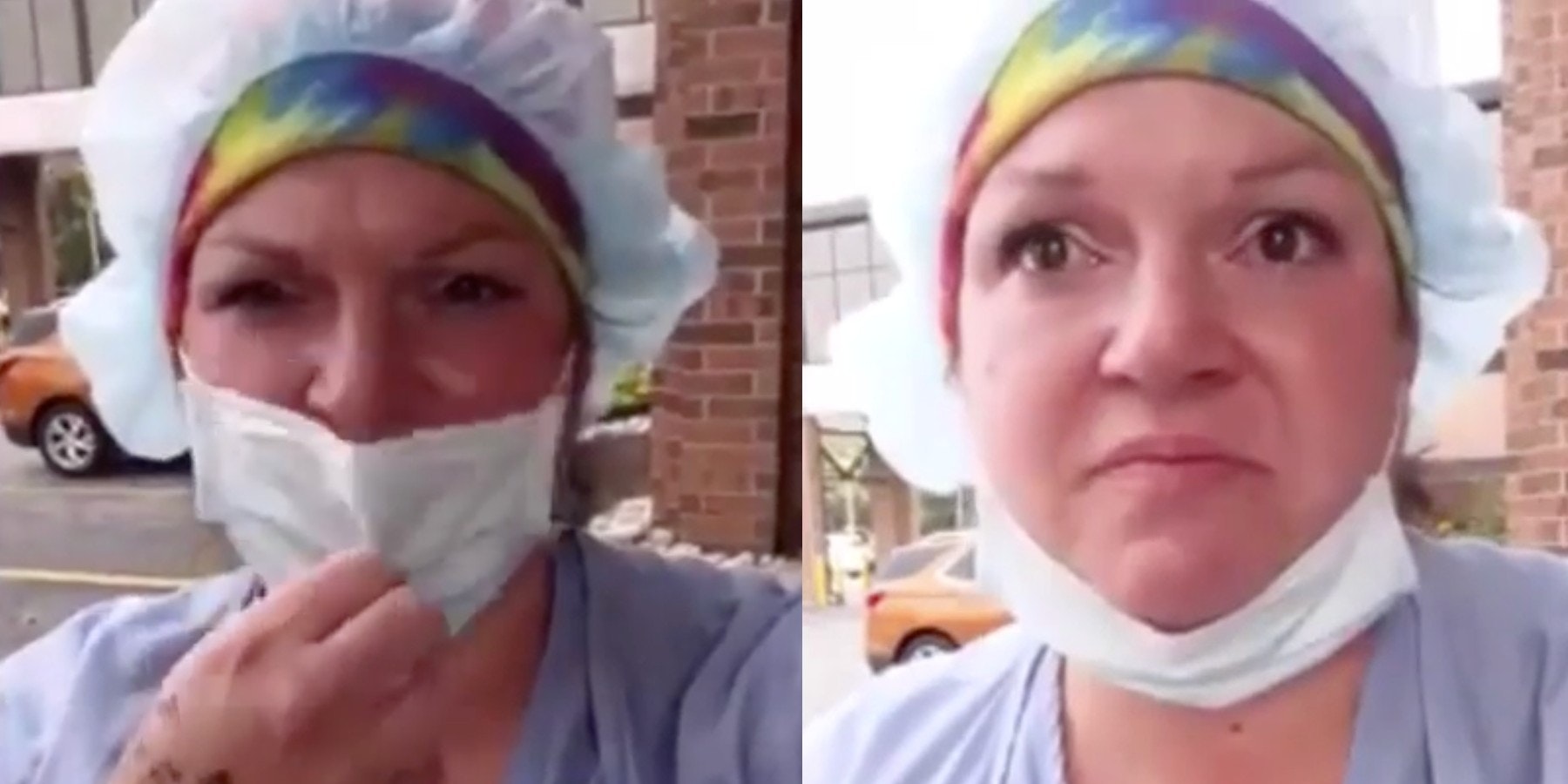