LANCASTER, Pa. (AP) — As President Donald Trump visited a Wisconsin shipyard to emphasize job growth and reviving an economy hammered by the coronavirus, Joe Biden spent Thursday in Pennsylvania warning “there are no miracles coming” to help the nation beat back the still deadly pandemic. “Amazingly, he hasn’t grasped […]

LANCASTER, Pa. (AP) — As President Donald Trump visited a Wisconsin shipyard to emphasize job growth and reviving an economy hammered by the coronavirus, Joe Biden spent Thursday in Pennsylvania warning “there are no miracles coming” to help the nation beat back the still deadly pandemic.

“Amazingly, he hasn’t grasped the most basic fact of this crisis: To fix the economy we have to get control over the virus,” the presumptive Democratic presidential nominee said of Trump while speaking at a community center in Lancaster. “He’s like a child who can’t believe this has happened to him. His whining and self-pity. This pandemic didn’t happen to him. It happened to all of us.”

The pandemic has largely prevented the two presidential candidates from holding dueling appearances in pivotal battleground states. On Thursday, it gave them an opportunity to show off their contrasting styles on a virus outbreak that has killed more than 120,000 Americans.

Biden has spent weeks arguing that the pandemic remains a clear and present danger that Trump is trying to wish away amid a desire to speed an economic recovery. The president counters that the country doesn’t have to choose between its health and improving the economy.

“There are no miracles coming,” Biden said. “We’re going to have to step up as Americans, all of us, and do the simple things and the hard things to keep our families safe and reopen our economy and to eventually put this pandemic behind us — and without responsible leadership coming out of the White House.”

The former vice president spent much of Thursday defending the Obama administration’s signature health care law and decrying what he said was a White House-led effort to dismantle it via a court challenge. It was part of a larger Democratic effort to refocus the 2020 election on health care, an issue that helped the party retake the House last cycle and one it hopes will resonate with even more voters amid the pandemic.

Narrow 2016 victories in Wisconsin and Pennsylvania were vital in sending Trump to the White House. That he would build his travel around trying to do that again — and that Biden would respond with trips meant to flip the states back to Democratic — wouldn’t usually be a surprise with the presidential election now less than five months away. But the coronavirus has upended normal travel since March.

After long focusing on staging virtual rallies and other online appearances from his Delaware home, Biden has in recent weeks begun making frequent trips to Pennsylvania, allowing him to focus on a swing state without venturing far. Lancaster is about an hour and 15 minutes by car from Biden’s house, and yet it is the farthest he’s traveled lately, aside from a trip to Houston to meet with the family of George Floyd, whose death in police custody sparked protests around the nation.

Trump, by contrast, staged a rally in Tulsa, Oklahoma, last weekend and spoke at a megachurch in Arizona on Tuesday. On Thursday, he visited Marinette in rural Wisconsin for a private tour of a shipyard and to participate in a town hall to be broadcast by Fox News Channel from an airport in Green Bay. Vice President Mike Pence also hit another key state, Ohio.

Biden’s team has been careful to organize small events and enforce social distancing while its members and its candidate wear masks. Trump has refused to wear a mask in public, and his campaign says Biden is using that cautious approach to hide the fact that he can’t draw large, enthusiastic crowds.

Biden noted that while he took off a black face mask to give his speech, “I wear it everywhere I go.”

“I know as Americans it’s not something we’re used to,” he said. “But it matters.”

Biden indeed wore his mask earlier, as he met in an outdoor courtyard with three mothers and two children who told of benefiting from the health care law. Beyond the police cordon, a group of Trump supporters nearby could be heard chanting “four more years” and “USA.”

In his speech later, Biden spoke behind a placard proclaiming “Protect and Build on the Affordable Care Act” and promised to promote expanding health insurance to more Americans, if elected. He scoffed at Trump’s suggestion during last weekend’s rally that he’d asked officials to slow down testing for the coronavirus because doing more of it was leading to more people testing positive. Biden poked at Trump for seeing testing as a “double-edged sword.”

“Testing unequivocally saves lives, and widespread testing is the key to opening up our economy again — so that’s one edge of the sword,” Biden said. “The other edge: that he thinks finding out that more Americans are sick will make him look bad. And that’s what he’s worried about. He’s worried about looking bad.”

Polls in Wisconsin and Pennsylvania show Biden ahead of Trump, but nearly every poll showed Trump trailing in 2016 before his base came together in the final weeks of the campaign to secure his victory.

Trump’s event wasn’t open to the public but would see him address as many as 600 people inside the shipyard who will be required to wear masks — even though Trump won’t be. He was promoting a contract won in April by Fincantieri Marinette Marine to build as many as 10 Navy frigates. The company employs about 2,500 people now, and the deal could add 1,000 jobs. It’s the first new major shipbuilding program for the Navy in more than a decade.

Biden has also broken with Trump by spending weeks denouncing institutional racism and police brutality, siding with protesters around the country. Pence drove home that contrast on Thursday, participating in a police roll call during his stop in Youngstown, Ohio.

The vice president declared that promoting the rights of African Americans did not have to come at the expense of police rights. “We’re showing we don’t have to make that choice,” Pence said.

6 tips to create a strong password for any site, and keep your data secure 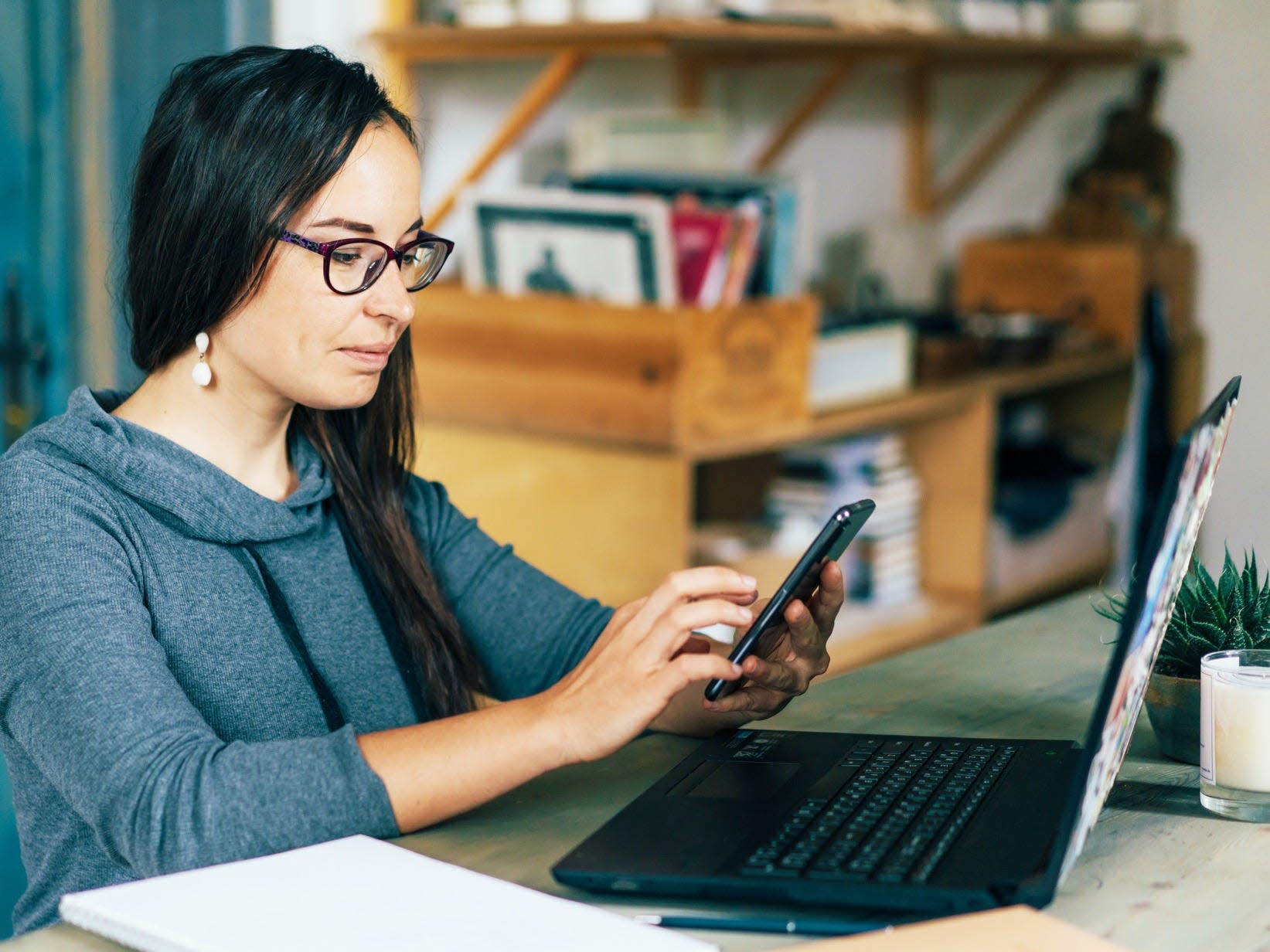