Eddie Bauer, the U.S. clothing store chain, and Ben & Jerry’s, the ice cream maker, on Tuesday became the latest companies to jump on board, joining The North Face, Patagonia, REI, Mozilla and Upwork in addition to about 100 smaller companies said to be committed.

“I think the message has been sent and I believe other companies are going to join in,’’ Derrick Johnson, president and CEO of the NAACP, told USA TODAY. “I think it’s important for corporate America to stand up in this moment, especially when you have a platform as powerful as Facebook and there are no guardrails of accountability.’’

The boycott idea was launched June 17 by the #StopHateForProfit campaign, which includes the NAACP,  Anti-Defamation League, Sleeping Giants, Color of Change, Free Press and Common Sense.

Jonathan Greenblatt, CEO of the Anti-Defamation League, said Tuesday that he’s optimistic that the list of companies joining the effort will grow.

“There are some mass brands, like a Disney, who could be incredibly meaningful to this campaign,’’ Greenblatt said. “I’m optimistic you’ll see some movement with some global superbrands in the days ahead.’’

Facebook while black: Users call it getting ‘Zucked,’ say talking about racism is censored as hate speech

For example, Smith pointed out that The North Face is one of four brands that drew on $753 million in marketing set aside last year by parent company VF Corporation, and the advertising budget for Upwork, a global freelancing platform, was $95 million in 2019.

“A few brands pulling their Facebook ads for a month will have little to no bearing on Facebook’s bottom line,’’ Smith said in an email message. “I think it’s highly commendable that these brands are taking a stand, no question. But to effect real, significant change with Facebook’s content moderating rules and all related issues, probably thousands of major brands would have to pull their ad budget for a month or more.’’

But Brayden King, professor of Management at the Kellogg School of Management, said boycotts involve more than impact on the bottom line.

The impact comes in the negative media attention, he said, “which then shapes their long-term brand value as well as how employees and other stakeholders feel about the company.’’

Do boycotts typically make a difference?

Historically, business-related boycotts often fail because people typically lose interest and move on, according to Maurice Schweitzer, a professor at the Wharton School of Business at the University of Pennsylvania. He cited the calls for boycotts against sporting goods stores that sell guns, Nike for employment practices, Kentucky Fried Chicken for the treatment of chickens, and BP after the oil spill into the Gulf of Mexico in 2010.

“We’ve seen so many calls for boycotts, but it’s done nothing,’’ said Schweitzer, a professor of operations, information and decisions. “So campaigns generally fail, but we’re in a moment in time where there’s a lot of energy, a lot of momentum and I think the change that we’re witnessing in this moment in time is different than what we’ve seen in the past.’’

An example of those historic times, suggested Greenblatt of the Anti-Defamation League, is that six companies joined #StopHateForProfit’s call for action.

“And this was spurred around the killing of George Floyd and what played out online, on Facebook, specifically in the day and weeks afterward,” Greenblatt said. “This has all happened very fast.’’

Tue Jun 23 , 2020
Click here to read the full article. When movie theaters announced plans to reopen, their mission was simple: Convince audiences it will be safe to return to cinemas in the age of coronavirus. That meant reducing seating capacity to help ensure physical distancing, implementing rigorous cleaning procedures and encouraging contact-less […] 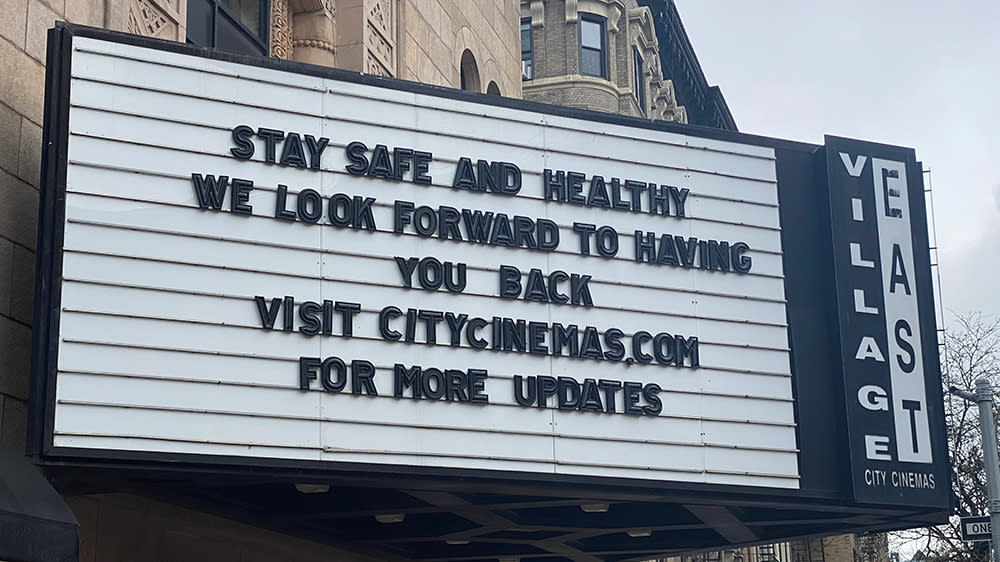